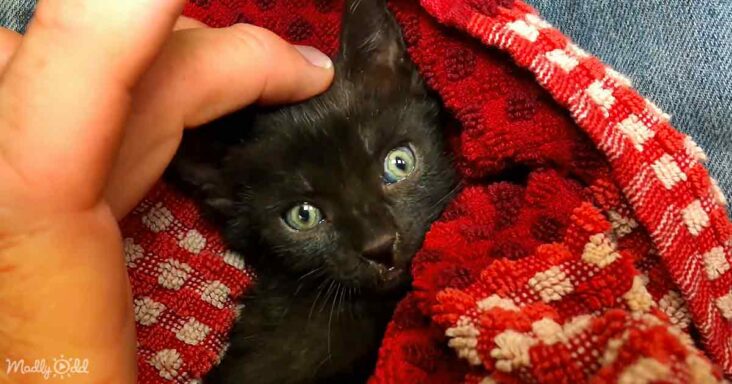 Finding a lost kitten or a puppy in your garden is not something uncommon. However, suppose you suddenly find a litter of 10 kittens in your garden. In that case, there is indeed something to worry about in such a matter. 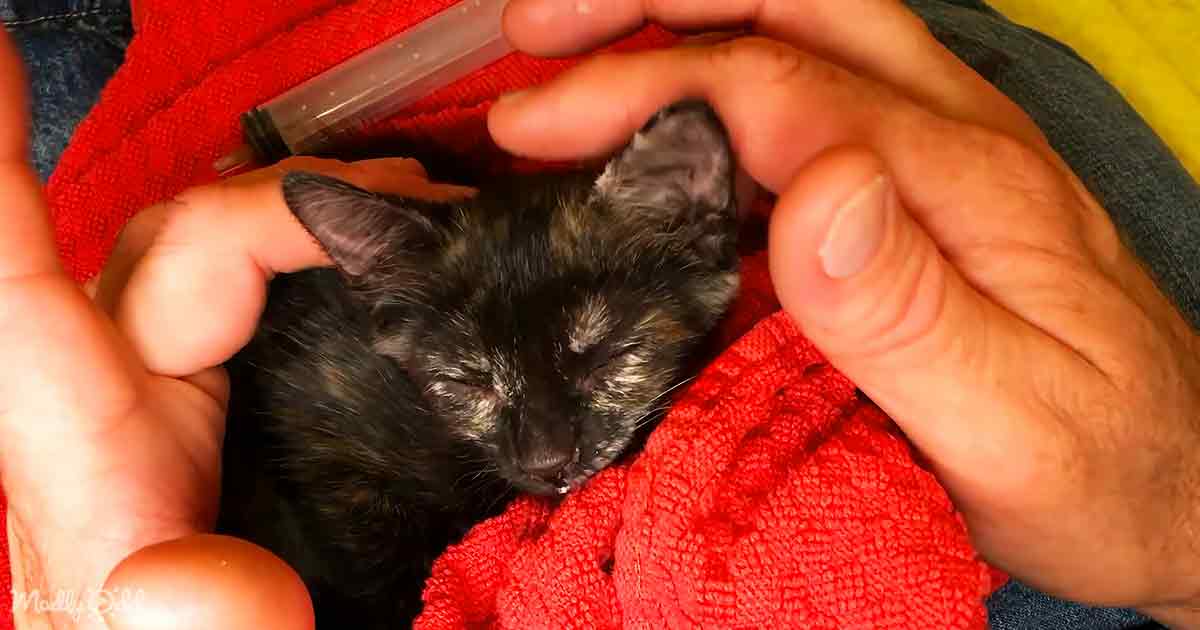 Recently, a man came across 10 kittens with the mother cat in his garden. But unfortunately, the mother cat was severely wounded. However, she was fortunate to receive a life-saving surgery from Cool Cats Rescue AZ.

The mother cat, named Diana, got the injury from an embedded collar. This is common among stray animals when they continue wearing their collars, and their skin tends to grow into the collar. However, despite the unbearable pain, the brave mother cat gave birth to healthy kittens. 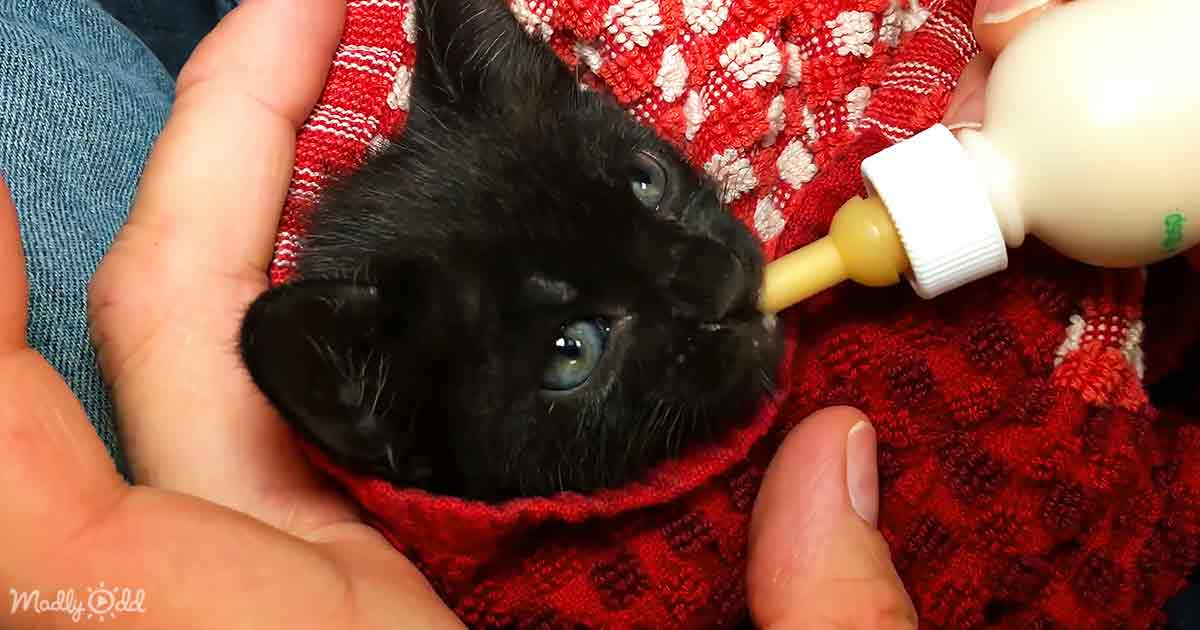 While Diana was under medical supervision and care, her kittens were looked after by the kind human who found them in his garden. He would give them proper supplements each day to help the kittens grow.

Although he fed the kittens with bottles, he knew they were too old. Nonetheless, he continued to use the bottle since it made it easier for him to provide them. The litter of 10 kittens included three black male kittens and two tortoiseshell female kittens. 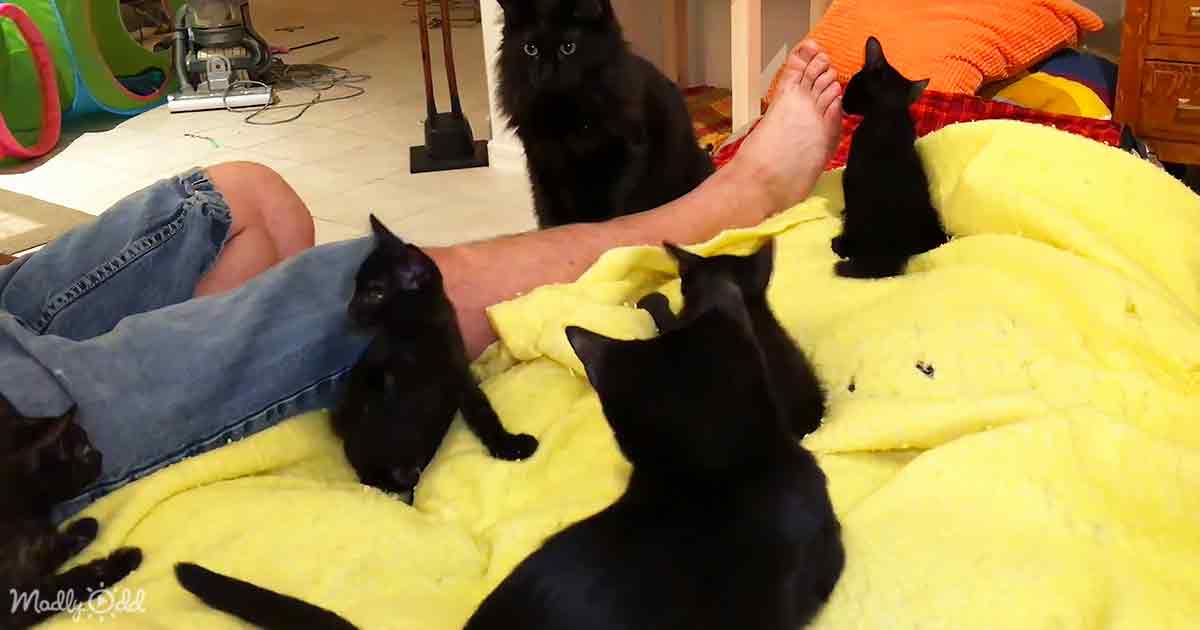 The kind human took extra care of a female kitten, the tiniest of the lot. He gave the female kitten a special supplement to assist in her growth. As opposed to her size, the tiniest kitten had the strongest purr.

The kind man would make the kittens sit on his lap, one by one, and wrap them in a blanket. He would feed them their food and supplements carefully. After a few days, the kittens grew up a bit. They would play with their new dad on his bed. The kittens adjusted well and became one big happy family. 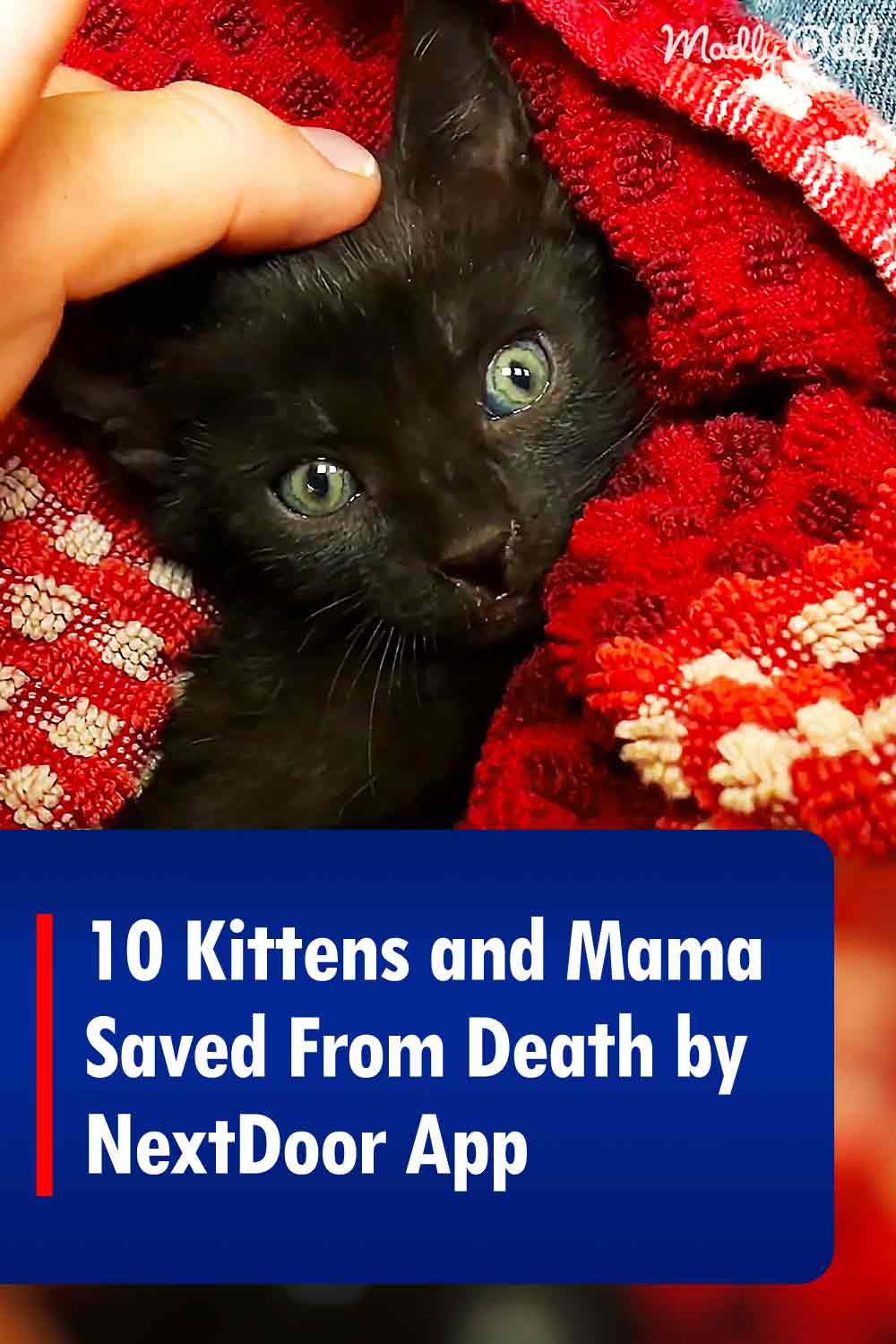