If you have never heard of the A cappella group “Straight, No Chaser” then you are in for a very pleasant surprise. This 10-piece-band out of “Indiana” are just amazing to watch, and more importantly, listen to.

They originally formed in 1996 at the “Indiana University” in Bloomington, then had their first big break in 2007. A video that they had made back in 1998, “The 12 Days of Christmas” hit the net and went viral with over 8-million-views. This led to a five-album-deal with “Atlantic” records in 2008. Subsequently the YouTube clip has been viewed over 20-million-times.

A Cappella is a wonderful form of music, the name is Italian for “In the manner of the chapel” and was specifically designed for groups to perform without instrumental backing. There have been many A Cappella groups over the years that have been hugely successful. “Manhattan Transfer” “The Nylons” and “The Flying Pickets” just to name a few.

Straight, No Chaser, whose name was taken from the 1967 “Thelonious Monk” album of the same name, have become one of the USA’s most popular exponents of this beautiful music style. In the clip below, they perform the classic “The Lion Sleeps Tonight” but add their own little twist to the song. The song itself was written in 1939 by “Solomon Linda” and was originally in “Zulu” under the title of “Mbube”. He released it in south Africa with his band “The Evening Birds,” But it wasn’t until “The Tokens” English version recorded in 1961 that it became a huge hit, going on to earn at least 15-Million-dollars in royalties.

The band are still basically a college band. The original 10-membes remained together from 1996 until 1999 when a group of new students were selected to replace those who were graduating. The original group reformed in 2012 and performed under the banner of Straight, No Chaser, leaving the college band to take the name of “Another Round”.

Their rendition of “The Lion Sleeps Tonight” has all the hallmarks of a classic piece of comedy as they incorporate some other classics into it and perform what some would say, is the funniest choreographed dance sequence ever seen in public, well maybe not, but it certainly had the audience in stiches. In the introduction to the song, one of the group explains to the audience that the group does all of their own choreography, and once you see them start to dance you can see that maybe they should re-think their philosophy on this subject. 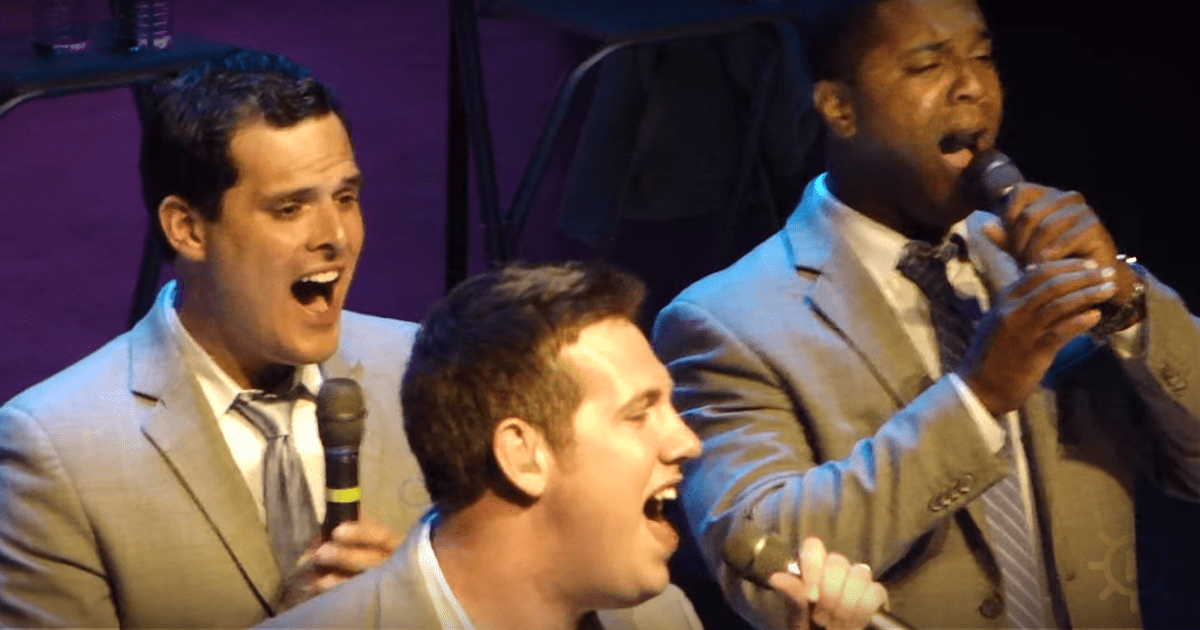 Click on the link below and enjoy some of the best A Cappella singers in the world. Straight, No Chaser will not disappoint and will revive your interest in the magical form of music.