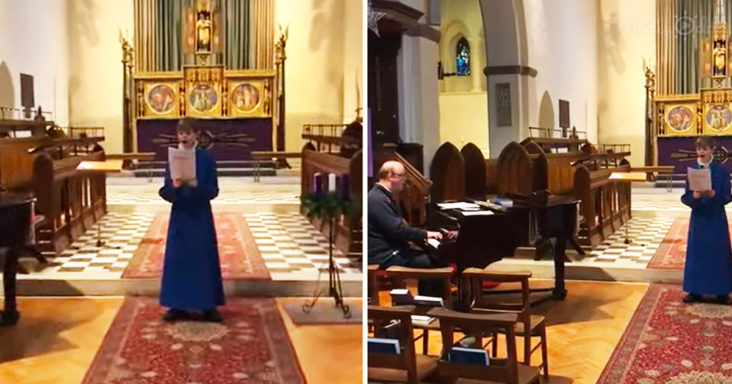 An amateur recorded video in a beautiful church. This video begins with the phone camera held in the middle of the hall. Spreads down to the choir pew is a maroon embroidered carpet.

In the middle is a young boy dressed in choir robes. His name is Cai Thomas, and he is a Welsh boy with an angelic voice. The piano sounds through the church hall as the song begins.

Behind the piano is Rob Lewis, lending his instrumental skills to this piece. Because of the amateur phone footage, the camera has some blurry focus issues. But we can still hear Cai’s voice ring in the hall. 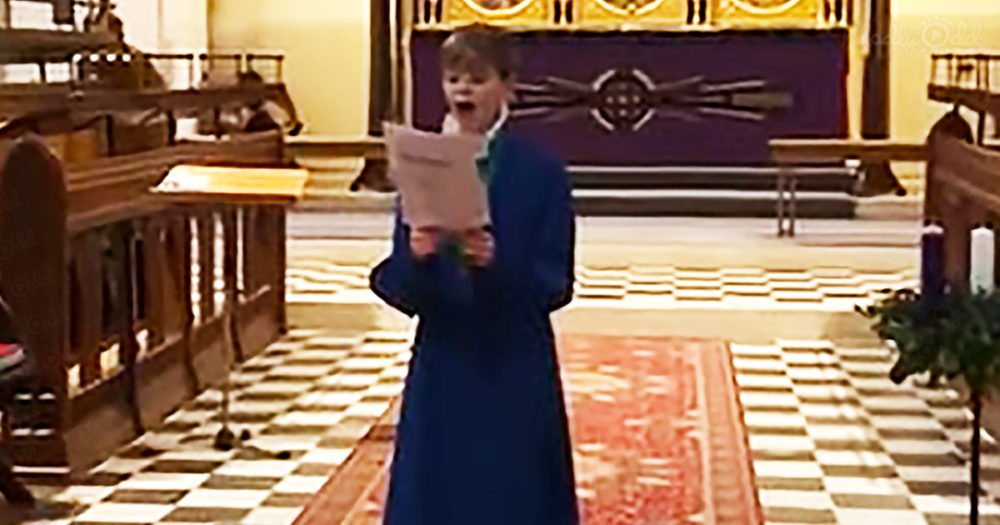 The wonderful effect of the church hall echoes Cai’s singing and gives it a special feel. About two minutes in, Rob Lewis’ voice follows Cai’s as they both sing their Prayer in the church hall.

‘The Prayer’ is a song that was made for the Disney film Quest for Camelot. Here, both Cai sings the part Lady Juliana (Celine Dion) sang in the film. But Rob Lewis sings Andrea Bocelli’s part in the duet.

Cai and Lewis do a beautiful duet of the Disney song with voices that pair harmoniously. Cai takes the song in the end and delivers a satisfying finish by raising the treble.