Pilot whales, related to dolphins but somewhat larger, are super-social and seldom seen without other members of their pods. So it was more than a little surprised when a single pilot whale was found stranded at Rainbow Haven Beach, just east of Halifax, Nova Scotia…

Fortunately, for this whale, the raw weather and windchill near zero didn’t stop over a hundred area residents from coming to the rescue. Andrew Reid, a response coordinator at the Marine Animal Response Society was happy to see them all. “There was definitely no shortage of hands to help.” 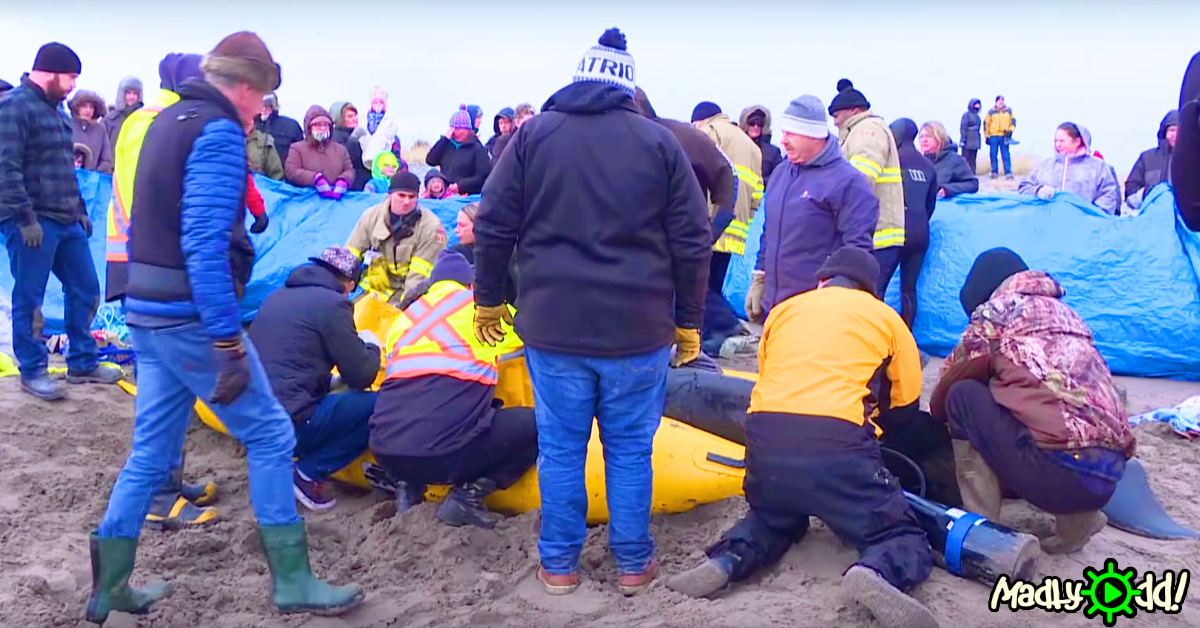 There was no telling why this pilot whale was all alone. For all anyone knew, it had an underlying health issue. The whale responded well to some basic tests, however, and the best bet was to get it back into the water and hope that it managed to find its way back to its pod. Whales are incredibly good at navigation and long-distance communication, after all.

They eased the whale onto a pontoon so he wouldn’t thrash around in the sand. Normally the thing to do next would be to wait about an hour to give the whale a chance to rest up so it will have the energy needed to swim to freedom. But in this case, the next high tide was far enough off that they’d have to get the whale back in the water sooner. 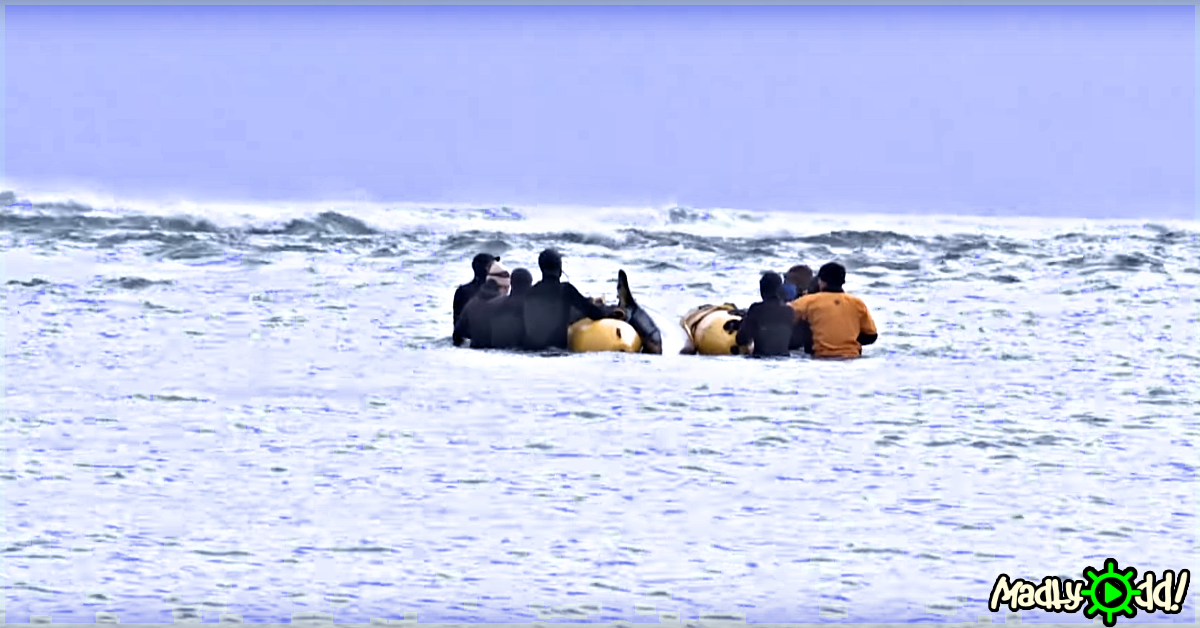 Once the whale was on a raft, intrepid rescuers clad in wetsuits carefully hauled it out into the water. Small, hidden sandbars were causing all kinds of problems, so it took a half hour before the whale was finally able to swim away. According to Reid, “You never know but we definitely gave the animal its best chance at survival. Hopefully, he can reunite with his family. The local community really made this work.”

Watch this video and tell us what you thought of the way this community pulled together to rescue a stranded whale.  Your thoughts matter to a better world.

Join the discussion down below after you watch and share.