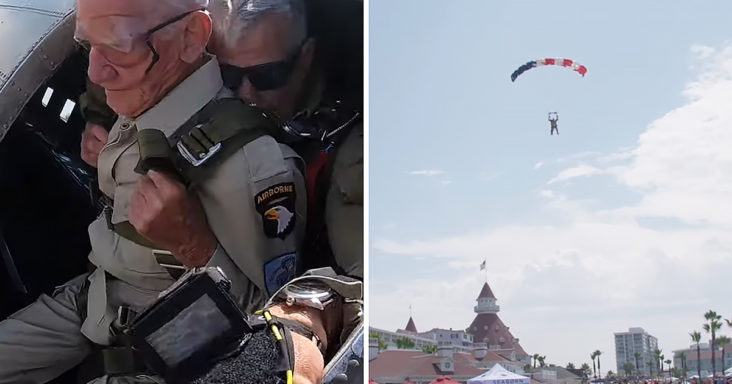 At 100 years old, World War II Army paratrooper Tom Rice celebrated his 100th birthday by skydiving in his old uniform. The jump was to commemorate the liberation of Normandy, in which he played a crucial role.

He did it because he’s one of the few remaining 101st Airborne Division army paratroopers of World War II. This division executed one of the most dangerous missions of the battle.

Between 11:30 am in San Diego, his family met him with videographers and photographers, shooting those moments into memories. He still had a remarkable recollection of the harbors and how his regiment flew. 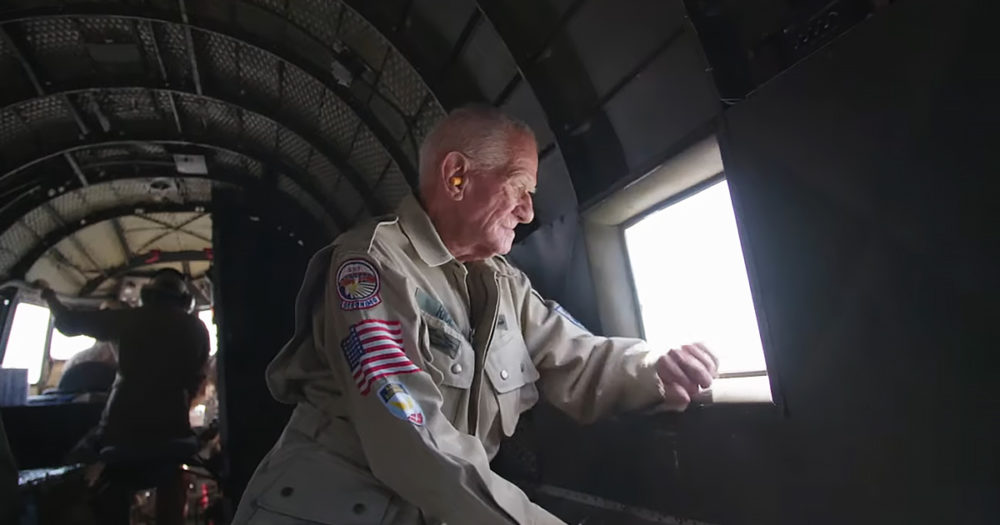 He remembered the gathering of soldiers, and he reminisced about those moments. He remembered how they used clickers which produced sounds like crickets to safely communicate with each other.

Leaping again was a means to honor his fellows. They came to the battlefield and never returned home. He had once leaped during the 75th anniversary of the D-Day.

Doing it again, he was asked if he was afraid. He said he had a little anxiety but wasn’t too worried because he had a master skydiver with him.

Rice regularly trained in the gym before making this jump. At the age of 100, he’s as fit as can be and plans to take another leap in 2023 for D-Day’s 79th-anniversary celebration.