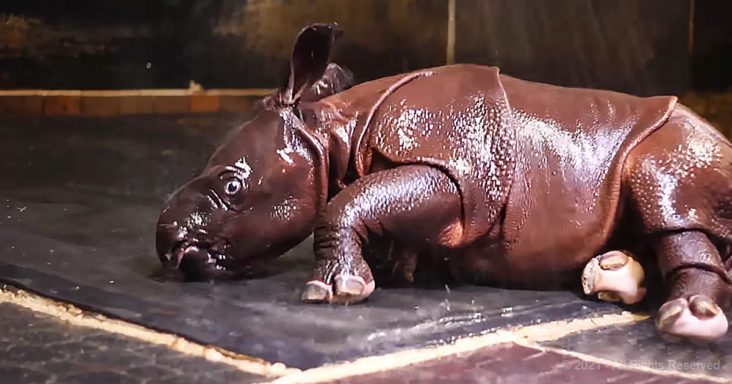 A mother rhino watched on with joy as her young calf played in the shower. At only 11 days old, he was still finding his balance.

When this young rhino calf was born, he was a lot smaller in size. His timidness showed, and the only thing he cared about was being with his mom. Over time he softened up a bit, but it was still a growing process.

At 4 days old, he received his first shower. His mother rolled around happy, while her baby was annoyed with the amount of water being splashed.

Fast forward to day 11, and the still young rhino calf is now as happy as his mother. When the zookeepers turn on the shower, he is dancing around like it’s Christmas. It took less than a week to get this rhino baby used to shower time.

These are the type of interactions that visitors love when they go to the zoo. In less than two weeks, they got to see a one-horned rhino baby go from being afraid of water to loving it.

Greater one-horned rhinos can weigh up to 4,900 pounds when they reach adulthood. For reference, the average weight of a car is 3,221 pounds. As an 11-day old calf, it is like watching a scooter pop a wheelie in the rain. If that isn’t adorable, then nothing is. 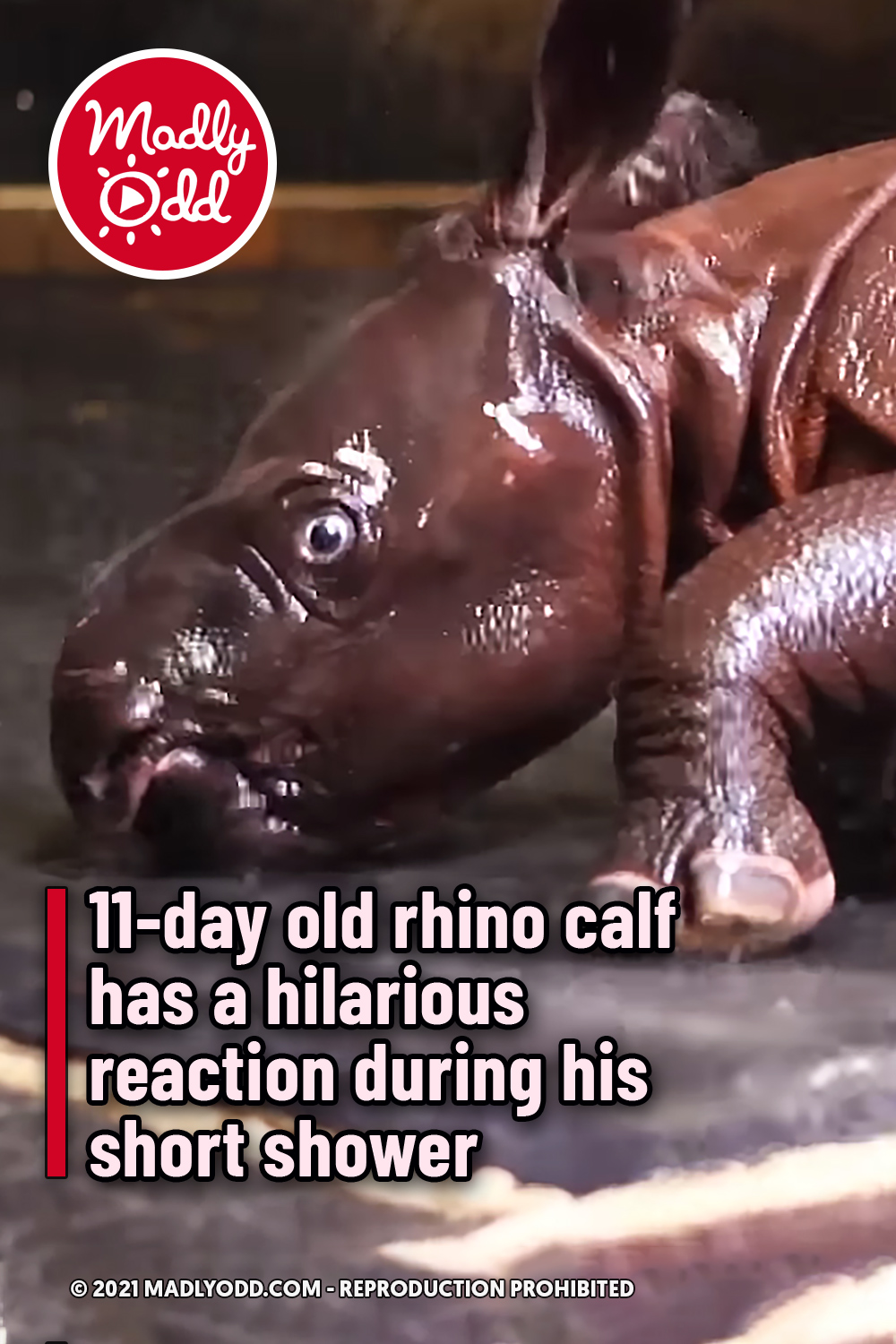