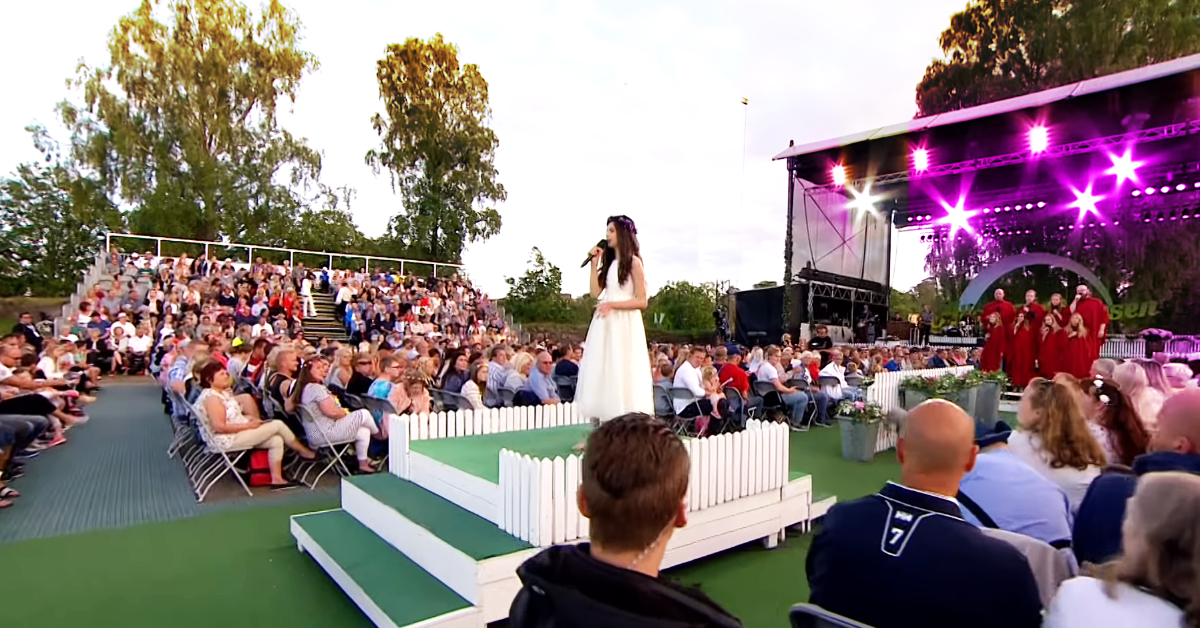 Angelina Jordan has been entering singing competitions since she was 8, and she’s gone from strength to strength in her home country in such as short space of time, conquering all before her and becoming a household name. And with this rendition of one of the King’s greatest hits – we can see why.

Angelina is one of the few singers in the world who has a genuinely great ability! We are so lucky to be witnessing the rise of this great, but youthful, star which every year is taking her performances to another new level! That she is just an 11-year-old girl makes it only that much more exciting.

One YouTube fan hits it right on the head with this comment, and it’s clear that Angelina has an incredible future ahead of her. And when she can hit these notes with a velvety tone, not unlike Elvis himself – you know she’s got some serious talent.

Singing the classic hit “It’s Now or Never,” Angelina is performing at Allsang på Grensen – a music festival in Norway that celebrates home-grown musical talent. And the watching crowd goes wild when she first starts hitting those dulcet low notes in the number – originally released back in 1960. Her choice of a song may raise a few eyebrows, mainly because of her young age, but she puts all the doubters to shame when she nails every note, backed by the beaming choir behind her.

Interspersed with Angelina’s vocals are shots of the crowd, with many families enjoying the good weather and a day out at this famous festival. Many of them are singing along with the youngster, and it’ll undoubtedly be a moment she won’t forget in a long time – especially when the crowd erupts in cheers and applause as she brings the song to a close.

Even if you’re not a fan of Elvis (which should be a crime), you’ll still love this adorable rendition of one of his tunes, as well as learning about a Norwegian girl you really should be keeping an eye on for the future! Watch the video in the link below and share with your family and friends. Tell them you discovered Angelina Jordan!