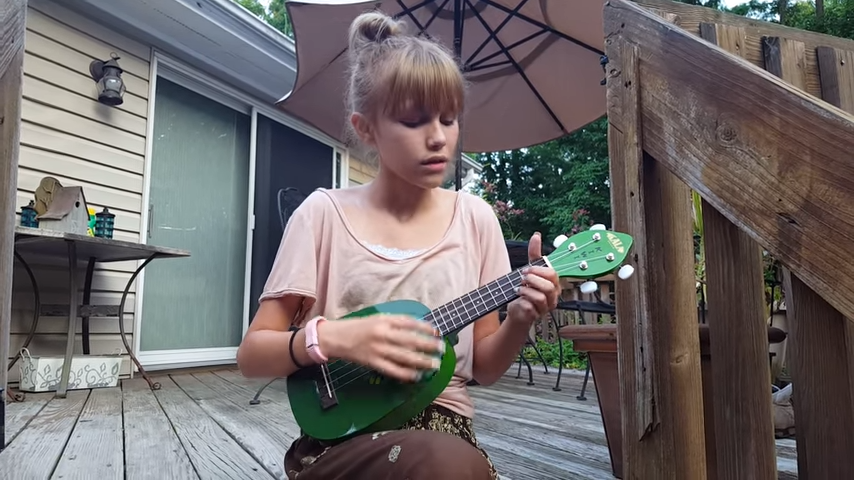 Grace VanderWaal is a name that we all should remember for the future. This amazingly talented teen has the world at her feet and is set to be the next big thing on the American music scene.

For those who are yet to become familiar with Grace here is a little of her history. She began her musical career by uploading songs, covers, and originals, on to YouTube and performing in open-mic nights in around her hometown.

Then in 2016, aged just 12 she entered into the eleventh season of “Americas Got Talent” which she went on to win. This achievement meant that she was only the second female winner and second child performer to succeed in the show’s history. 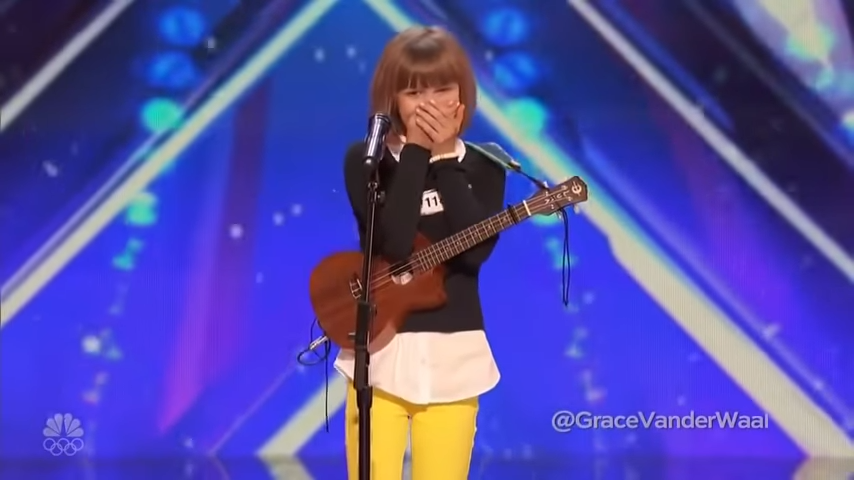 This extraordinarily gifted young performer has also gone on to win the “Radio Disney Music Award for Best New Artist” toe 2017 “Billboard Women in Music Rising Star” and has been named twice as “Billboards” under 21 list of rising stars.

All of this and she is still just a teen! When she appeared on Americas Got Talent, the every cynical Simon Cowell said the girl’s got talent, a big call from this very not-so-popular television judge.

Since her 2016 win, she has stuck by her fans and still releases YouTube videos, mostly with her accompanying herself on the ukulele.

Grace first started writing her own songs when she was just 3-years-old and says that her songwriting skill has been inspired by watching movies. She says the she “would try to imagine what the character was feeling, and what it would be like to be them.”

She also decided to learn the ukulele after seeing a family friend play one. This self-taught musician used her 11th birthday money to buy the instrument. Not happy with all of that, she also plays the saxophone for her school band.

In 2017 she released her debut album called “Just The Beginning” then began her first concert tour. She is scheduled to tour with “Imagine Dragons” in mid-2018. She states that among her musical influence are Jason Mraz, Twenty One Pilots, and Katy Perry. That is certainly a group of artist to look up to.

In the clip featured below, Grace adapts the classic Elvis song “Can’t Help Falling In Love” into her own very unique style. With just her vocals and the ukulele, Grace gives this piece a whole new life.

Grace is  An incredible testament to this tremendously-talented-teen. Sit back and enjoy this fantastic version of a classic 60’s hit.

If Grace’s performance struck a chord with you, then you’ll love her “America’s Got Talent” audition video which has the honor of being the  5th trending YouTube video of 2016 with over 75-million-views: