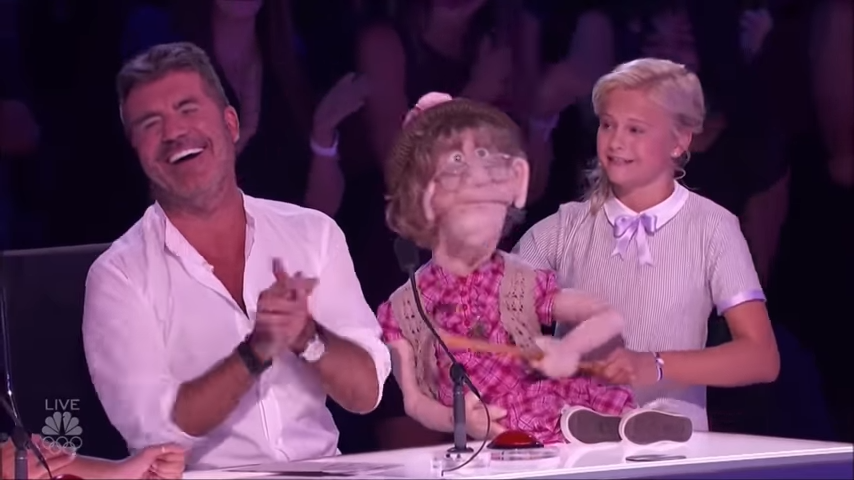 Darci Lynne is just 12 years old, but she’s already mastered the art of ventriloquism. The whole world has gotten to see her talent thanks to the favorite reality television show America’s Got Talent.

Darci and her puppets joked and sang their way to the show’s final round — which they won! This earned her a million-dollar prize and a headline show in Las Vegas. 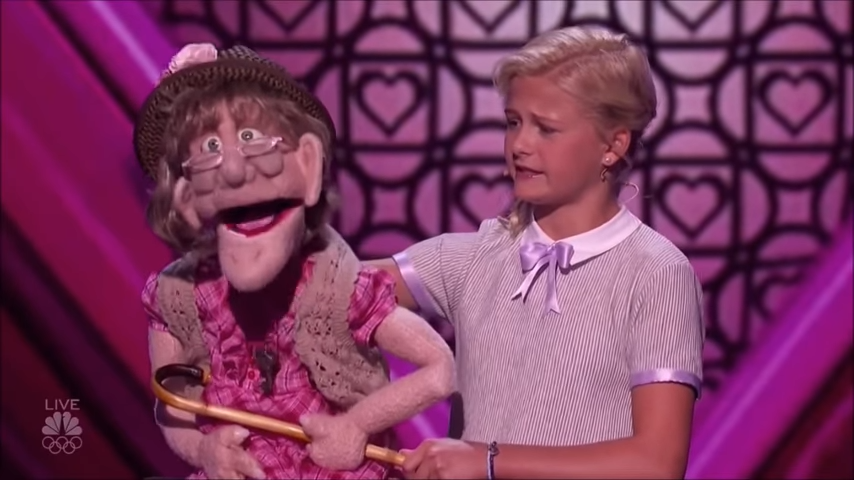 To win it all, Darci had to advance through several rounds of competition against other worthy performers. Here we’ll take a look at the semi-finals, where the young lady from Oklahoma introduced a new puppet.

Edna is a lovable but saucy old lady, armed with a cane, a hat with flowers in the band, and quite an attitude. Darci’s routine involves some funny teasing followed by her puppets singing and singing amazingly well. The comedic aspect of Edna is her obsession with Simon Cowell, a handsome Englishman and one of the show’s judges.

Edna immediately asks, “Where’s that Simon fella?” The old lady puppet flirts shamelessly with Simon, leaving the audience in stitches and Simon starting to turn just a little bit red. When it’s time to move on to the musical number, Edna announces, “Simon, my hunka hunka Englishman, this one’s for you!”

What follows is a perfect rendition of Aretha Franklin’s 1967 hit song “(You Make Me Feel Like A) Natural Woman.” It’s astonishing how Darci can belt out such an exuberant song without moving her lips.

But there’s no holding Edna back when it comes to her beloved Simon. “You know what, Darci? Take me down to Simon.” The audience hoots while Darci indulges her puppet’s desire to be closer to her heartthrob.

I was genuinely impressed by Darci Lynne’s phenomenal ability to perform Aretha Franklin’s song in such a unique way. I mean, come on. That’s rare talent at any age. Just watch. She totally owned Simon that night. 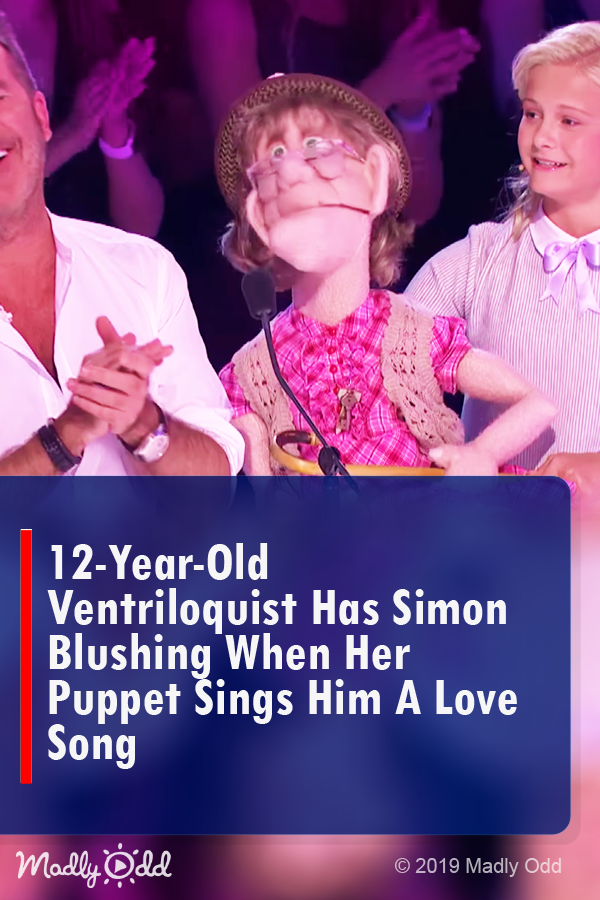