When Amanda Mena took the stage of America’s Got Talent, the moment meant a lot more for the young singer than simply competing on a reality series — it meant proving to herself that she could do something amazing.

“When I was younger, I had a hard time showing who I was. I was afraid, I was ashamed to express myself the way that I wanted to,” 15-year-old Amanda told Entertainment Tonight. “So, definitely, going up on that stage it was a goal for me. I was able to tell all the bullies, ‘I can do it. I can.'” 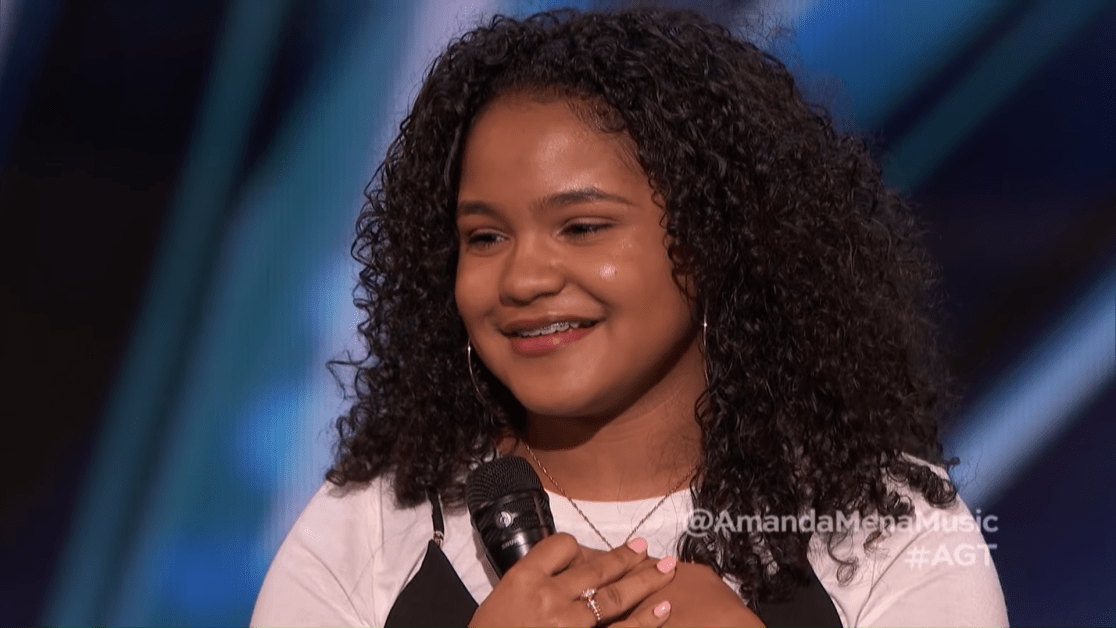 On the new episode of America’s Got Talent, Mena amazed the panel with her phenomenal rendition of Aretha Franklin’s classic “(You Make Me Feel Like) A Natural Woman”. Was she good? She brought the judges and the audience to their feet!

Amanda commanding show was a wonderful reflection of her connection to music as a way to express herself.”Music was always there for me when I was little,” she said. “I loved listening to people like Whitney Houston, Aretha Franklin, I just thought they were powerful woman role models. So in times like that where I didn’t feel so amazing about myself, I would just look to them and kind of be like, ‘One day, I want to be like them and follow that example.'”

Before her amazing performance, Amanda told the judges that she moved from the Dominican Republic to the United States when she was just four years old and she barely knew English at the time. As a result, the little girl was the focus of numerous bullies. Music, however, gave her the means to escape from the daunting and teasing; it also gave her life purpose she said.

Before auditioning, Mena told the judges that she moved to the U.S from the Dominican Republic when she was 4 and didn’t speak English, which made her the target of bullies. However, music helped her escape and gave her purpose.

“There’s a lot of girls that don’t feel good about themselves and don’t feel beautiful,” Mena shared with ET. “I want to put in my music things that inspire them to believe that they are amazing… You just have to believe in yourself and have people that love you around you and positive people. Just grow yourself to be an amazing person.”

Amanda absolutely showed everyone just how talented and self-confident she would become when she delivered her flawless performance, one that would make Aretha Franklin very proud. She received a round of applause and Mel B was so moved by the girl’s performance that she was compelled to push her Golden Buzzer.

“That was just incredible… I love you, I love your voice, and this is what I’m gonna say to all those bullies,” Mel B proclaimed, as she stood up from the panel’s vaunted desk and hit the infamous Golden Buzzer. With a rain of glittering confetti and astounding applause, the young singer was brought to tears of joy.

She had me in tears with her beautiful voice and her authenticity. What did you think of Amanda’s performance? If you liked her, share her performance and your thoughts. 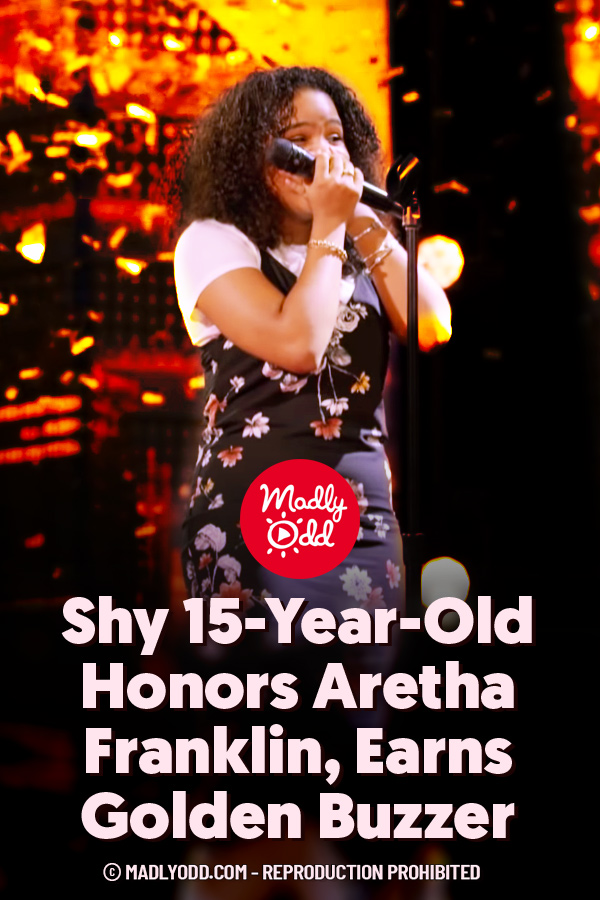