The television show “Britain’s Got Talent” can make or break any aspiring young singer, and teenager Kyle Tomlinson knows this first hand. As a 12-year-old he auditioned for the show and was told in no uncertain terms that he could not sing and needed lessons. The determination of this young man was about to come to the forefront when 3 years later he returned to the stage to try again.

Judge “David Williams” was the harshest of the judges on Kyle’s first attempt and nearly broke the spirit of this obviously determined teenager. He received no votes from any of the judges on his first appearance but learned from this experience that nothing beats determination and persistence. Now most of us mere mortals would have gone home with our tail between our legs, but not this brave young lad who had obviously made his mind up that his life path was going to include performing to as many people as possible.

Even the audience on the night of his first outing on this much sort after stage were not impressed with the judge’s ruling and jeered at the decision. Instead of boos from the crowd he was sent off with the applause that he probably deserved. But in true show business spirit he planned his return, and would show the panel of judges just what he could do.

So now, three years later, and a lot of hard work under the bridge, he returned to the same stage to try once more to impress the judges with his vocal abilities. With his parents standing in the wings he addressed the panel with a little understandable apprehension, as he told his story of the last time he graced their presence.

Kyle has always loved music, his passion was always singing, though being so young this was not always something that his friends understood. He once told The Sun Newspaper “I’m a big lad, so I’ve always been bullied in school. People picked on me for singing and said I was rubbish” this was probably a hangover from his first appearance on the show. “They made fun of me and took advantage. But, you know, that’s life, I took it on the chin” words that you would not expect from a teenager.

For this performance Kyle chose Leonard Cohen’s “Hallelujah” for his audition, a brave choice for one so young. There have been many great versions of this classic piece, so for a 15-year-old, trying to impress the likes of Simon Cowell and co, to pick such a popular and difficult song the odds were certainly not in his favor.

Once he started, the audience and the judges were breathless, his heart and soul had gone into this performance and certainly didn’t go unnoticed. Cowells first words after Kyle had finished were, “you know, this just shows you Kyle, when someone grinds you down and says ‘you’re not good enough,’ you come back and look them in the eye and you go ‘I am good enough’” This brought tears to Kyles eye’s as he was overwhelmed by the response from the Judges and audience.

The cream on the cake, David Williams reached over the other judges and hit the gold buzzer. This determined teenager had finally proven he was a talent to be reckoned with. 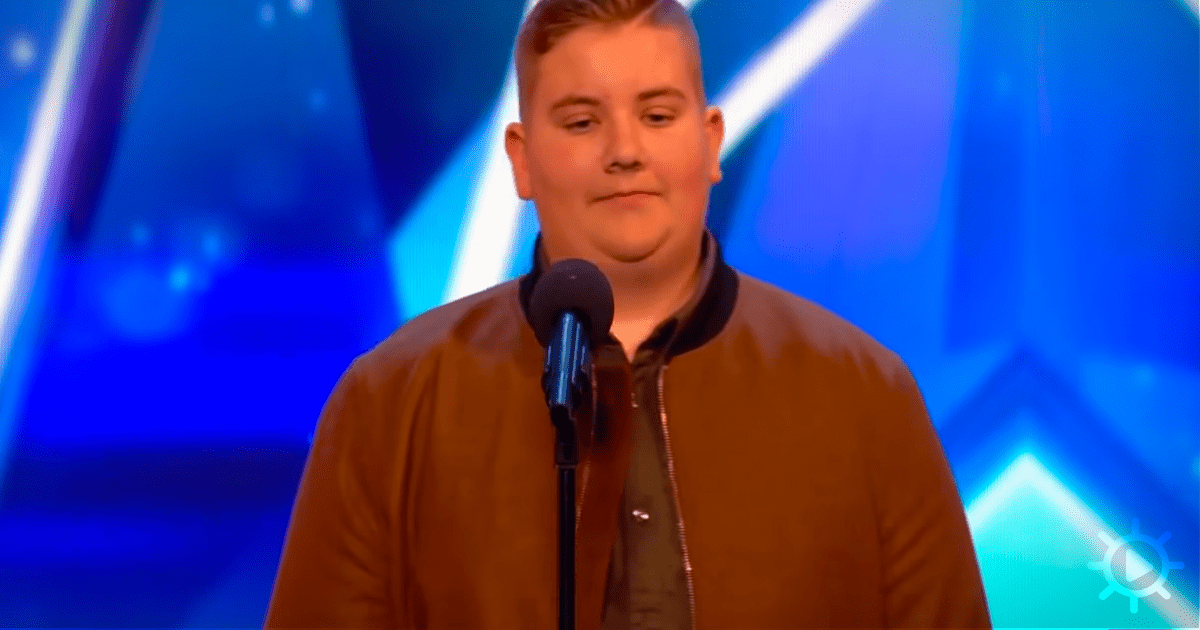