There have been many child stars that started so young that it is hard to believe so much talent could be found in such a young child. “Michael Jackson” was performing professionally at the age of 6 as part of “The Jackson 5”. In 1972 “Little Jimmy Osmond” made the “Guinness Book of Records” by being the youngest performer to have a number 1 hit on the UK singles charts with the song “Long Haired Lover from Liverpool”. “Macaulay Culkin” made his acting debut as a 4-year-old and by the time he was 10 he was a superstar thanks the hit movie “Home Alone”.

Of course not all talented toddlers get the chance to make it big, but this doesn’t mean that they don’t have a hidden talent just waiting to show its head. We’ve seen many a video on “YouTube” showing enthusiastic kids doing their thing to camera. Singing along with their favorite stars, or playing a mean “Air Guitar” to “AC DC” or “Van Halen”. Or the pretty little ballerina practicing her steps in front of a loving family.

Some terrible two’s have certain pieces of music that they love to groove too. Certain Three-year-olds have even been known to let their hair down and rap. I’ve seen videos of adorable five-year-olds ballroom dancing with the best of them, but what do you think a 16-month-ball-of-energy would like to boogie to?

In 1997, “Will Smith” released the album “Big Willie Smile”. The third single from that album was a song called “Gettin’ Jiggy wit it”. The songs verses were based around a sample of “Sister Sledge’s” “He’s the Greatest Dancer” and went on to be a huge hit for the rapper. The song even won Smith the 1999 “Grammy Award” for “Best Rap Solo Performance”, so it’s no wonder that is the favorite song of our little star in the clip below.

Now according to this little dynamo’s mother, as soon as this song comes on he can’t help but move to the rhythm. Some of his dance steps look familiar, some not so, but either way he sure is having a great time of it. There are even some moves that I think he may have choreographed himself. You can see that the music runs through him, his timing is perfect as he feels every beat coming from the stereo. This kid has it all, the moves, the looks, the right colored pants for the occasion and even the sound effect to accompany such a famous track. 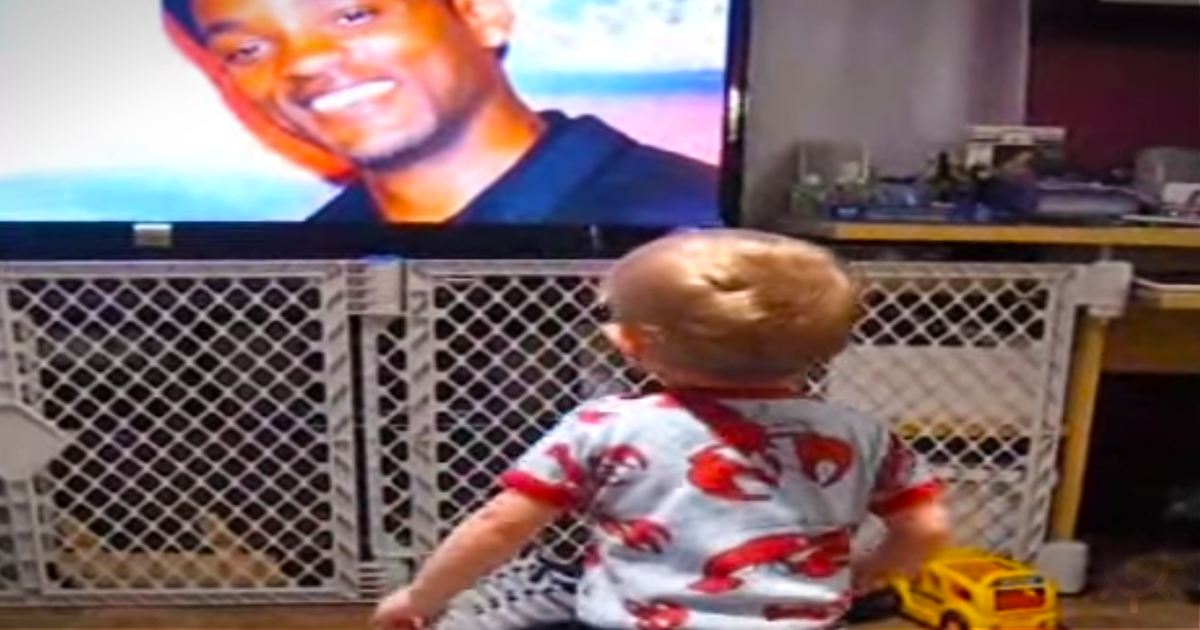 Watch this delightful video, you may not think “He’s the Greatest Dancer” but you will defiantly get a smile out of the shear effort he puts in. Plus you just can’t help but laugh at just how much he is enjoying himself.