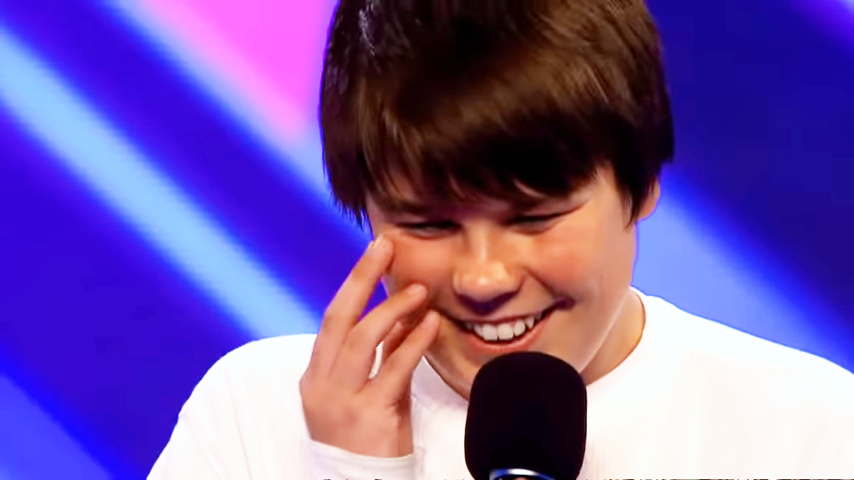 Becoming a great singer or musician requires a lot of practice. The popular TV show “The X Factor” tries to find and reward talent hidden among ordinary people. One spectacular example of that is Luke Lucas, a 16-year-old from Kent, England who has a fantastic knack for Motown.

Appearing on “The X Factor” would be an amazing experience for anyone, but for Luke, it was an extra-special treat. As he confessed in an interview beforehand and also on stage, he has a serious crush on the lovely singer-songwriter and TV personality Tulisa. She’s one of the competition’s judges and would be right there in front of him while he sang the Jackson Five version of Smokey Robinson’s “Who’s Lovin’ You” (Michael Jackson was, of course, the lead singer for that one). But before he started singing, she invited him over for a peck on the cheek.

You’d never guess it from hearing him speak in his normal voice, but it’s impossible to describe just how well Luke sings “Who’s Lovin’ You.” Check out the video posted below, and you’ll see (or hear) for yourself.

The audience was astounded, and all four judges were impressed, not least Tulisa, who told him, “I think you are absolutely adorable” and “You are going to woo the ladies in this competition.” Gary Barlow added, “You don’t learn to sing like that; you’re born to sing like that.”

After leaving the stage, Luke pointed to his cheek, and ecstatically announced, “Tulisa kissed me!” He also quipped, “I think it’s going to lead to a proposal.” Such youthful enthusiasm!