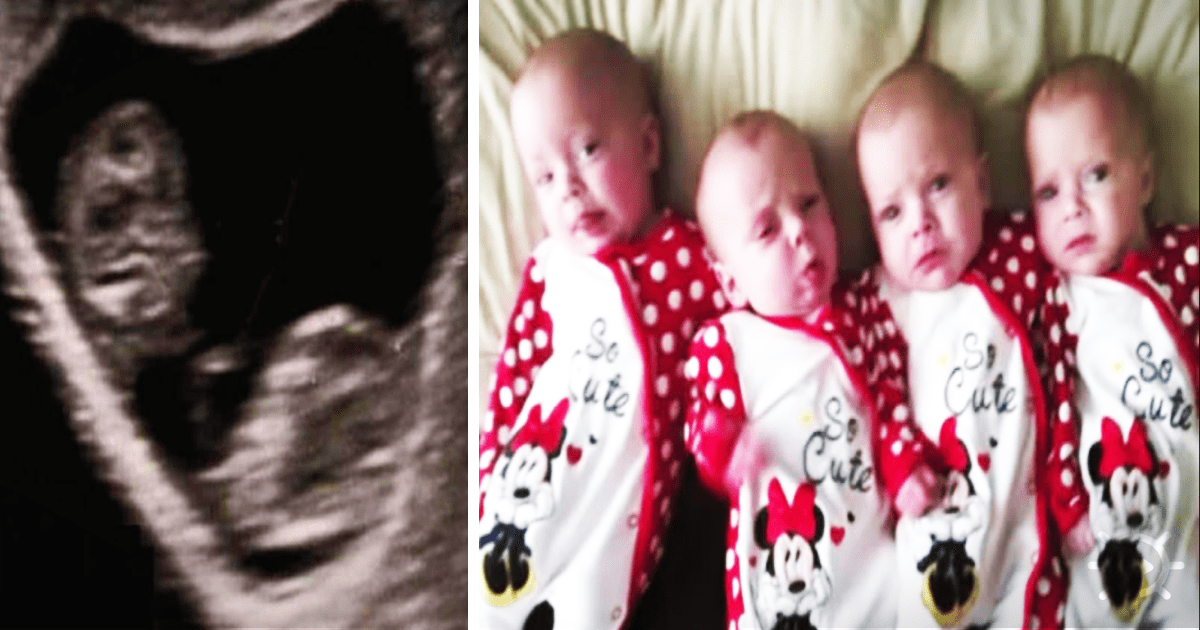 Charlene Medlicott was only 15 when she was diagnosed with polycystic ovary syndrome, a condition that interferes with ovulation. The doctors told her that if she ever was able to become pregnant, it would almost certainly require IVF. This was devastating news for a young woman who hoped to someday have children.

Four years later, when she was 19, Charlene got the news that she was pregnant. She and her fiance Mark Connaughton were surprised but overjoyed, doubly so since she was expecting twins. Charlene’s next ultrasound redoubled the surprise and joy. It turned out she had quadruplets on the way! The chances were something like 1 in 25 million. In December 2011, Charlene gave birth to four healthy girls, Gracie-Lou, Rosaline, Amalia-Rose, and Eveylynn. “I nearly died because my weight dropped, I just couldn’t eat enough for all of us. I was eating enough for the babies but not for me. I don’t really remember the labor which was when I was 30 weeks, I just remember seeing three heads.” She can be forgiven for not remembering the fourth!

Mark, in particular, struggled to tell the girls apart, so he decided to pay for a DNA test to determine if they were identical quadruplets. Sure enough, they were! “It feels extremely special now we know they’re identical but I’m going to have to find a way of telling them apart. They soon tell me, though, when I call them the wrong name. I am sure they will be using it to their advantage when they are older.”

The four girls are all the more remarkable for being identical. And record-breaking, too: apparently Charlene is the youngest woman in Britain ever to give birth to identical quadruplets.

What did you think of this young lady’s surprising but miraculous pregnancy? Let’s hear from you in the comments at Facebook. Don’t forget to like and share!