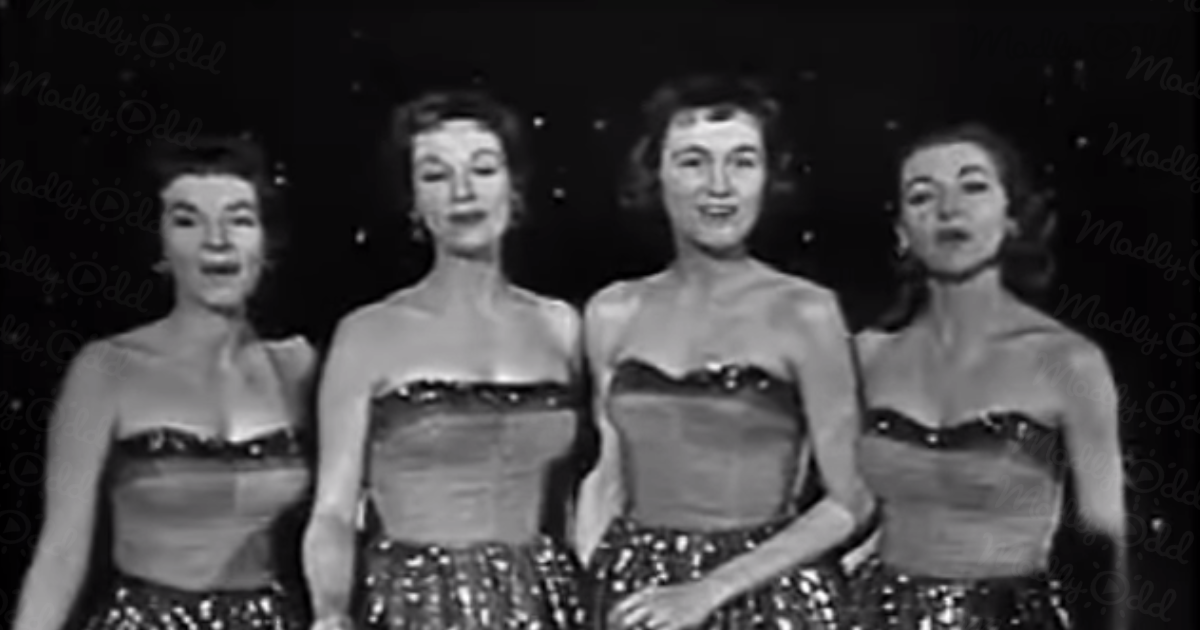 Who could forget the Chordettes? If you lived and breathed in the fifties those warm, fuzzy memories of that era are quickly brought back into sharp focus with the fabulous harmonies of these four pretty gals. From 1954 to 1961, they placed thirteen songs in the top one hundred.

This video features the addictive songs “Lollipop” and “Mr. Sandman” which defined a much happier, clean, fun-loving time that I feel privileged to have lived in. 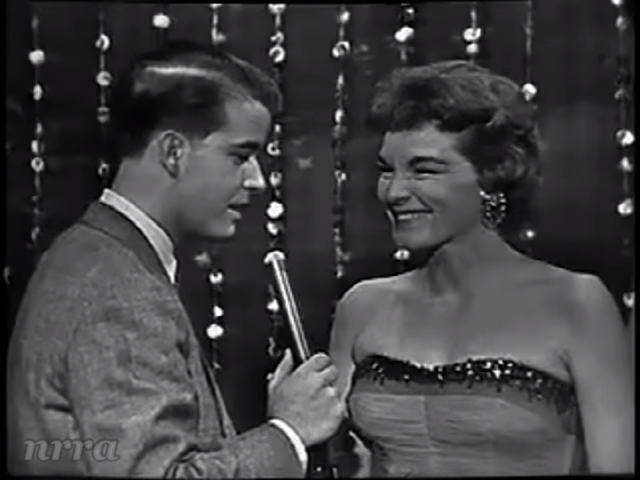 The group was formed in the late ’40s in Sheboygan, Wisconsin and originally was folk-oriented along the lines of another popular group at the time, the Weavers. The original members were Janet Ertel, her sister-in-law Carol Bushman, Dorothy Schwartz, and Jinny Osborn. Janet’s sister Alice Spielvogel was also involved when the group first started.

In 1952 Schwartz was replaced by Lynn Evans, and the following year Osborn was replaced by Margie Needham. Nancy Overton was a member of the Chordettes at a later date. The girls had a sweet sound and got away from folk and into harmonizing. They performed locally at first and went on the Arthur Godfrey Talent Scout show, which they won, and then became regulars on Godfrey’s show. The show’s musical director, Archie Bleyer, formed the Cadence label in 1953 and signed the Chordettes to a recording contract.

Their first in a long series of hits on Cadence was Mr. Sandman, a song which topped the charts for several weeks in 1954. The male voice that is heard in the song is that of Archie Bleyer. The Chordettes became one of three groups [along with the Fontane Sisters and the Teen Queens] to have a top twenty hit with Eddie My Love in 1956. 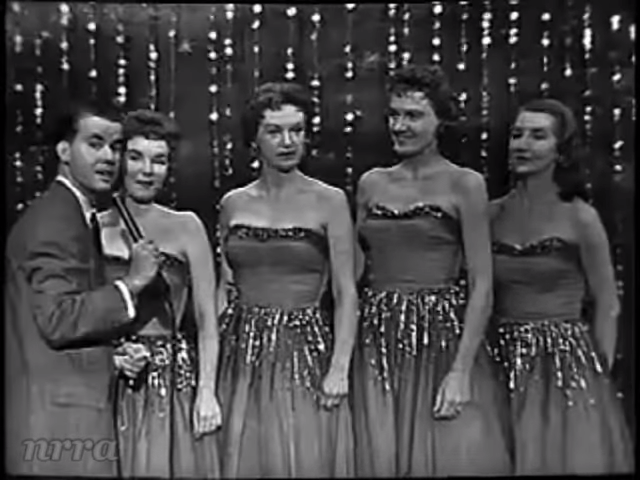 They followed it with Born To Be With You, which went top ten. Other hits followed: Lay Down Your Arms, and Just Between You And Me. In 1958 they hit big with one that just missed the top spot when they recorded Lollipop. They recorded other hit songs such as Zorro, all of them on the Cadence label, before their final big one in 1961, Never On Sunday.

I think it is fantastic that “Lollipop” is now being used in a new, current commercial. I bet anyone under the age of 40 doesn’t know that these ladies made a lot of money with that song!

Watch the girls perform two of their best hits on American Bandstand. Keep an eye out for a very young Dick Clark at the beginning and midway during the second performance. The memories this brings back…