Five decades after this iconic Barbra Streisand/Judy Garland duet was sung, watching it still reminds us that “Happy Days Are Here Again.” Can you believe a song so beautiful was sung live 56 years ago? 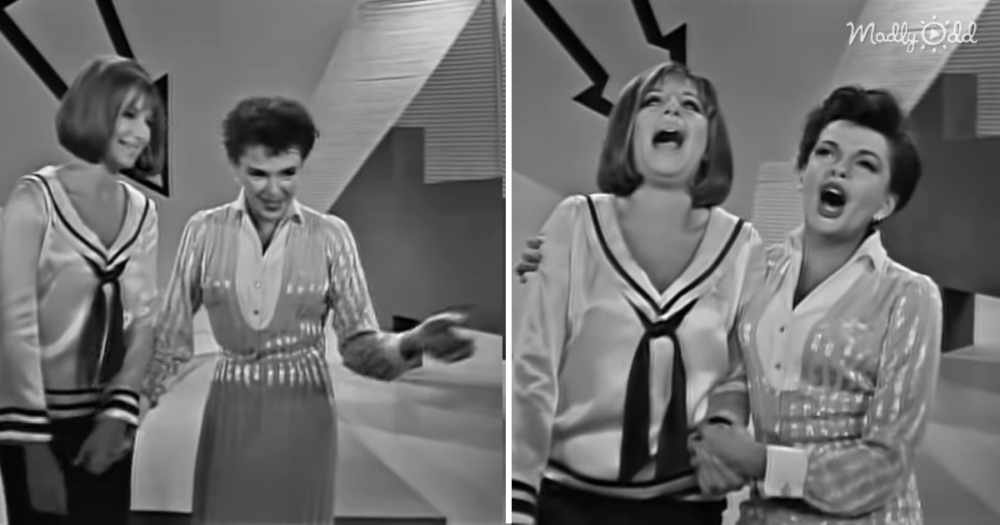 Back in 1963, Barbra Streisand joined Judy Garland as a guest on “The Judy Garland Show.” She began her appearance by talking about how much she loves Judy, and Judy jokingly replied that she hates Barbra — we assume because Barbra is so very talented.

Once the banter was done, the two ladies sat down to sing. What came out was a performance that perfectly blended two songs together into something truly magical. Indeed, Barbra Streisand would receive an Emmy nomination for this appearance on the show.

Both Barbra and Judy were known for their powerhouse vocals, but this particular performance was reigned in, gentle, soothing. Each woman sang the lyrics of their songs, not belting them out, but purring them, almost as if they were creating a lullaby.

The art of the mashup seems to be something we think of as wholly modern. But back in 1963, when Barbra sat down with Judy, two songs became a third in a way that highlighted the strengths of both singers, and the beauty of both songs.