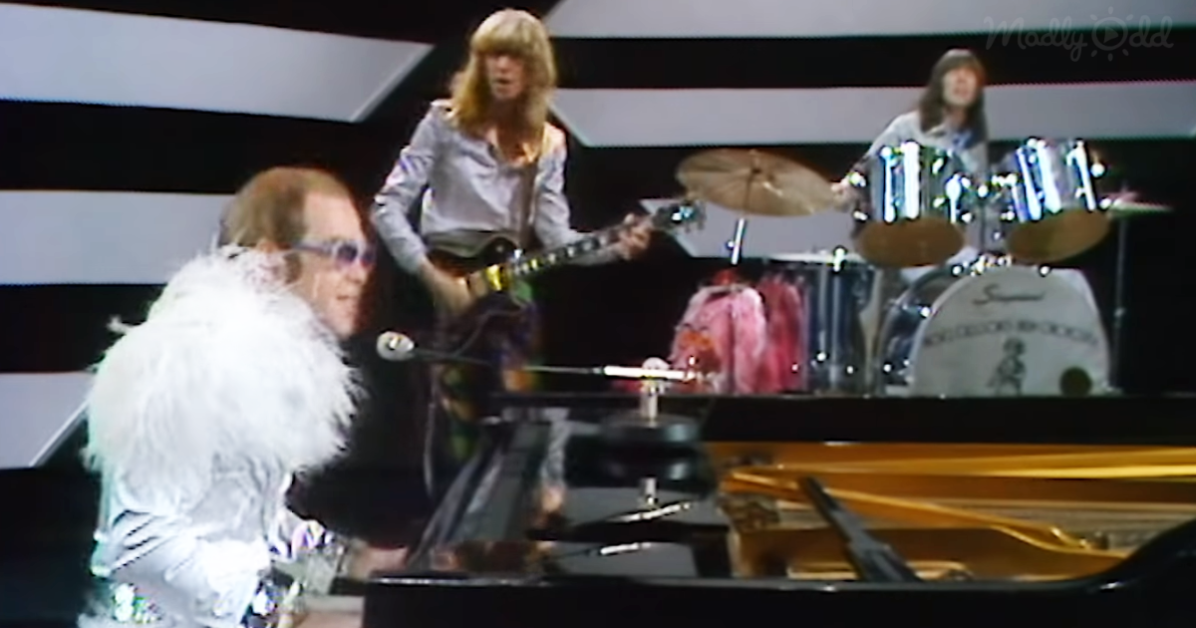 A rare video clip of Elton John and his band playing his song, “Step into Christmas”, aired on “The Gilbert O’Sullivan Show”, has been discovered.

It was originally released in 1973 for the holiday season before being placed in the ITV archives after the show and presumed lost. It has a catchy beat, as do many of John’s songs, and the lyrics are easy to pick up. 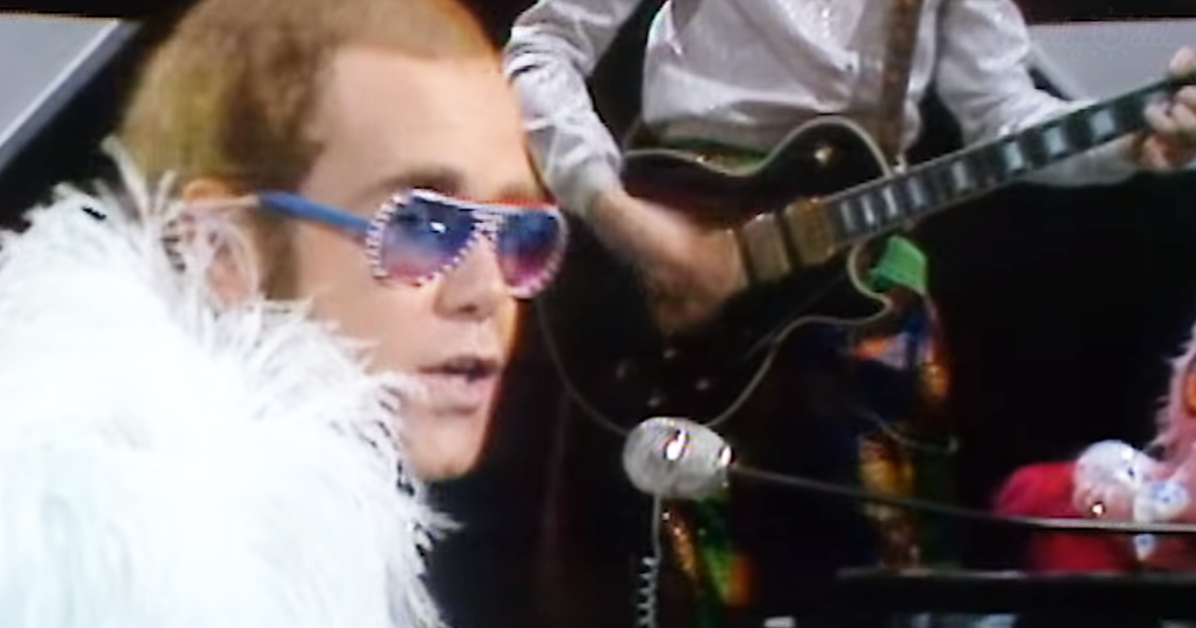 This original Christmas song was released at the height of Elton John’s fame, following straight on the footsteps of the release of “Goodbye Yellow Brick Road”, also in 1973.

In the video, a rather young-looking Elton, elegantly decked-out in a white feather boa and his signature outrageous sunglasses, is tickling the ivories, accompanied by his band members including the drummer, Nigel Olsson, the guitarist Davey Johnstone, the bassist Dee Murray, with a rare appearance by songwriter Bernie Taupin on percussion. The band members all sport the long hair of the times, and shiny white or flashy silver costumes with bling in sequins or studs.

The original recording of the performance on “The Gilbert O’Sullivan Show” is now available as a digital EP, along with another of Elton John and Bernie Taupin’s songs, “Ho! Ho! Ho! (Who’d Be A Turkey at Christmas)”.

The recently rediscovered performance is now available for everyone to enjoy. Make sure you watch the video clip and you’ll soon find yourself bopping along with the bouncy tune.