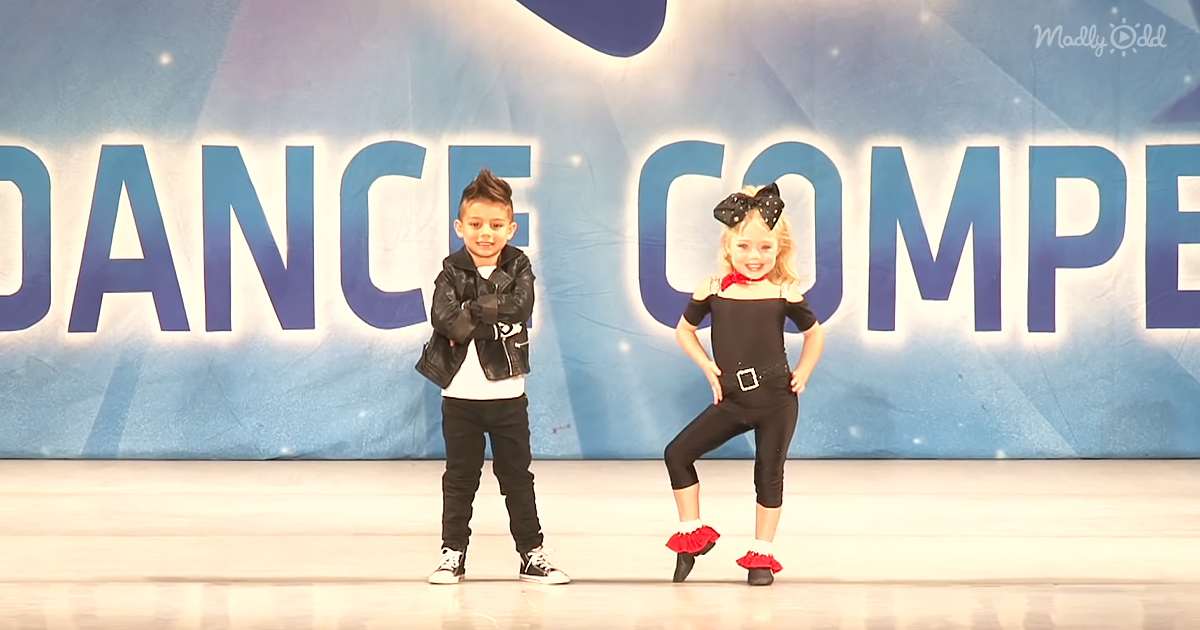 You don’t have to be a fan of musicals to enjoy the 1970s movie Grease. After just a few minutes of this iconic film, you’ll quickly fall in love with the lead characters Danny and Sandy. Two four-year-old kids dressed up as the pair and stole the hearts of everyone watching.

Everleigh and Diesel took the stage adorned in classic Grease attire. Everleigh is wearing a black one-piece jumpsuit just like Sandy has on in the movie. Diesel looks like he belongs with the rest of the Grease Lightning “T-Birds” in his leather jacket.

The two cuties dance along to a medley of different songs from the famous movie. They even recreate some of the moves during “You’re The One I Want” and “Grease Lightning.” Throughout the fantastic performance, Everleigh shows off impressive gymnastic moves as well.

The performance comes to a close as Diesel drives out on a kid’s rideable motorcycle. With his leather jacket and slicked-back hair, you can tell he’s having a great time. The two ride around the stage as the crowd continues to roar. 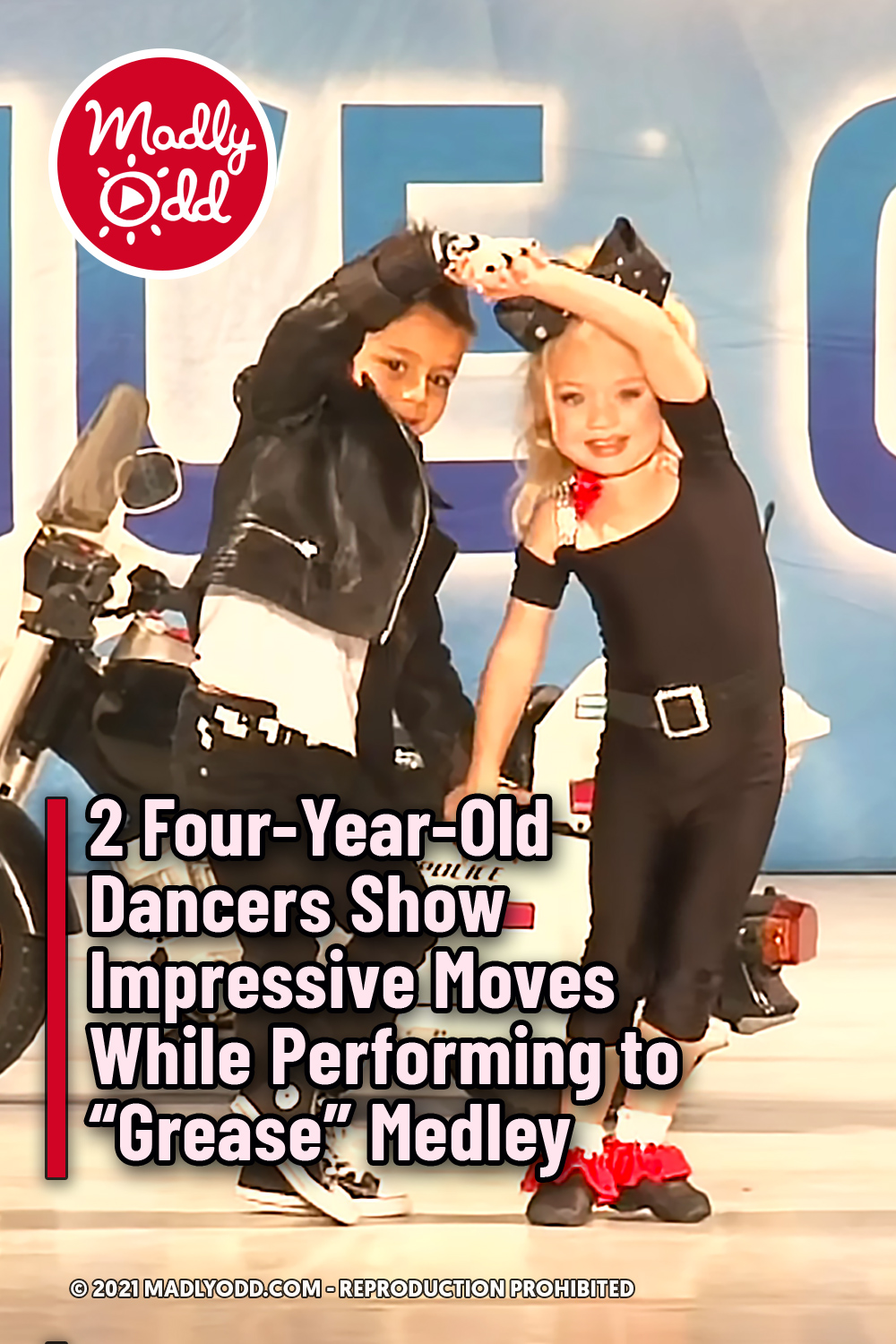