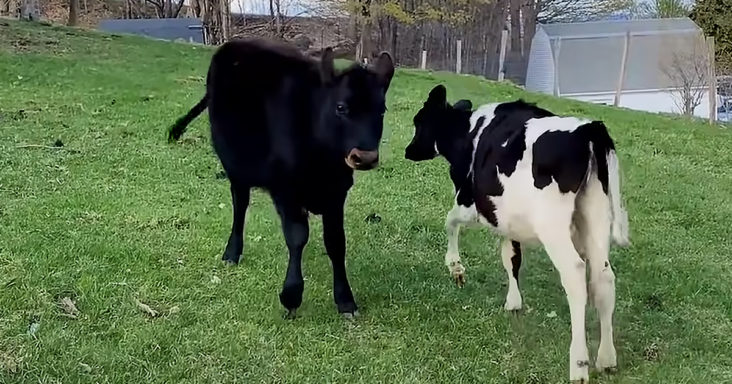 When the calf Redding first arrived at the Sleepy Pig Farm Animal Sanctuary, his caretaker, Tiffany, described as a “700-pound puppy.” He was playful and sweet from the first moment Tiffany and Joe met him. 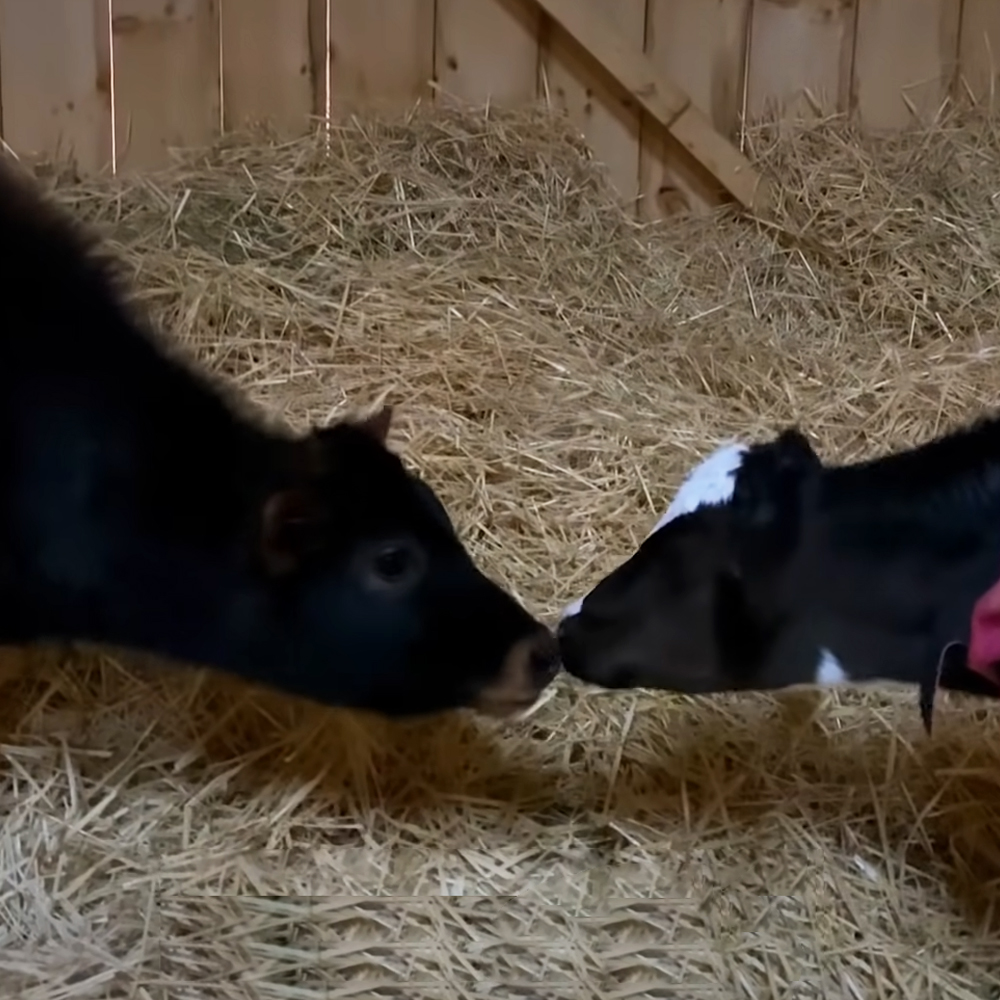 It wasn’t long after that that they rescued Sadie. Little Sadie was the polar opposite of Redding at first. Having also come from a neglectful situation, she was nervous about physical contact. 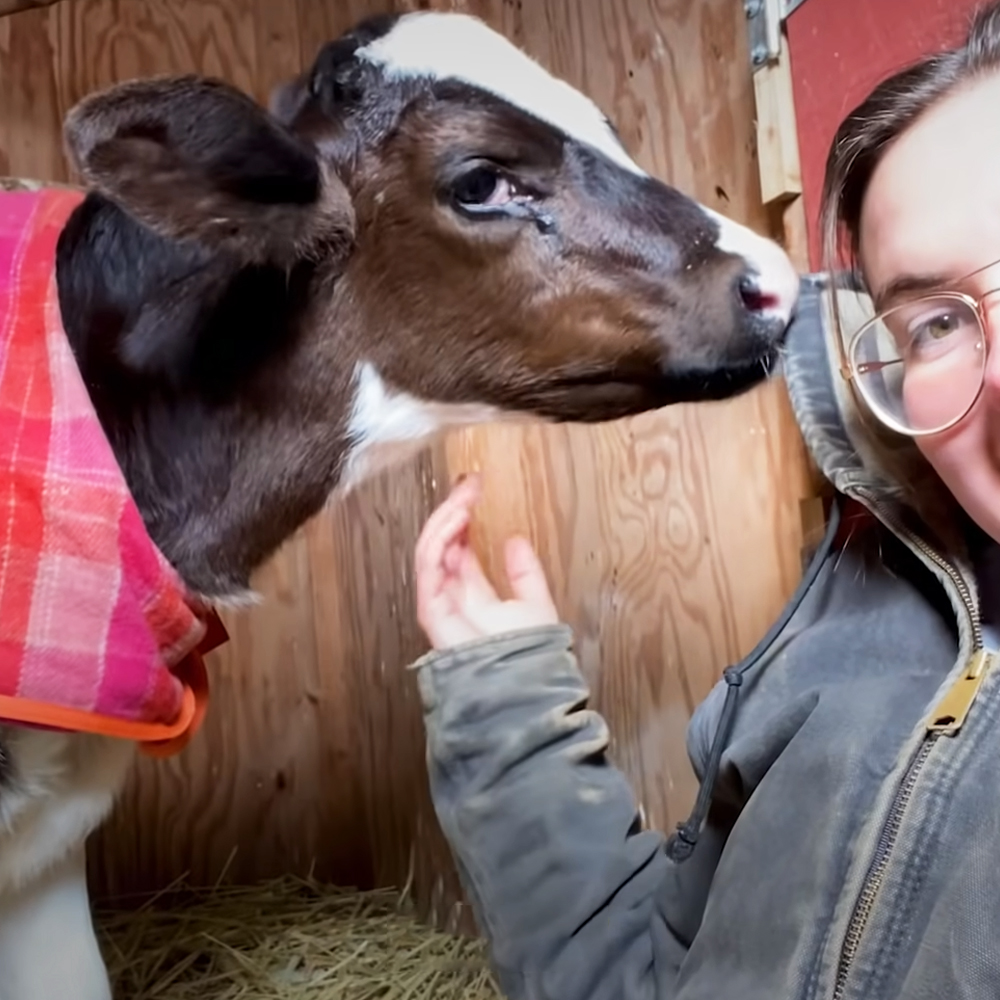 Slowly but surely, she opened up and began to trust Joe and Tiffany, growing to love head scratches. After a month of quarantine, it was time to introduce her to Redding.

The two calves weren’t sure how to interact when they first met. Still, it quickly became apparent that they had an adorable connection. They started giving each other kisses on the ears, and Sadie pranced around the pen. 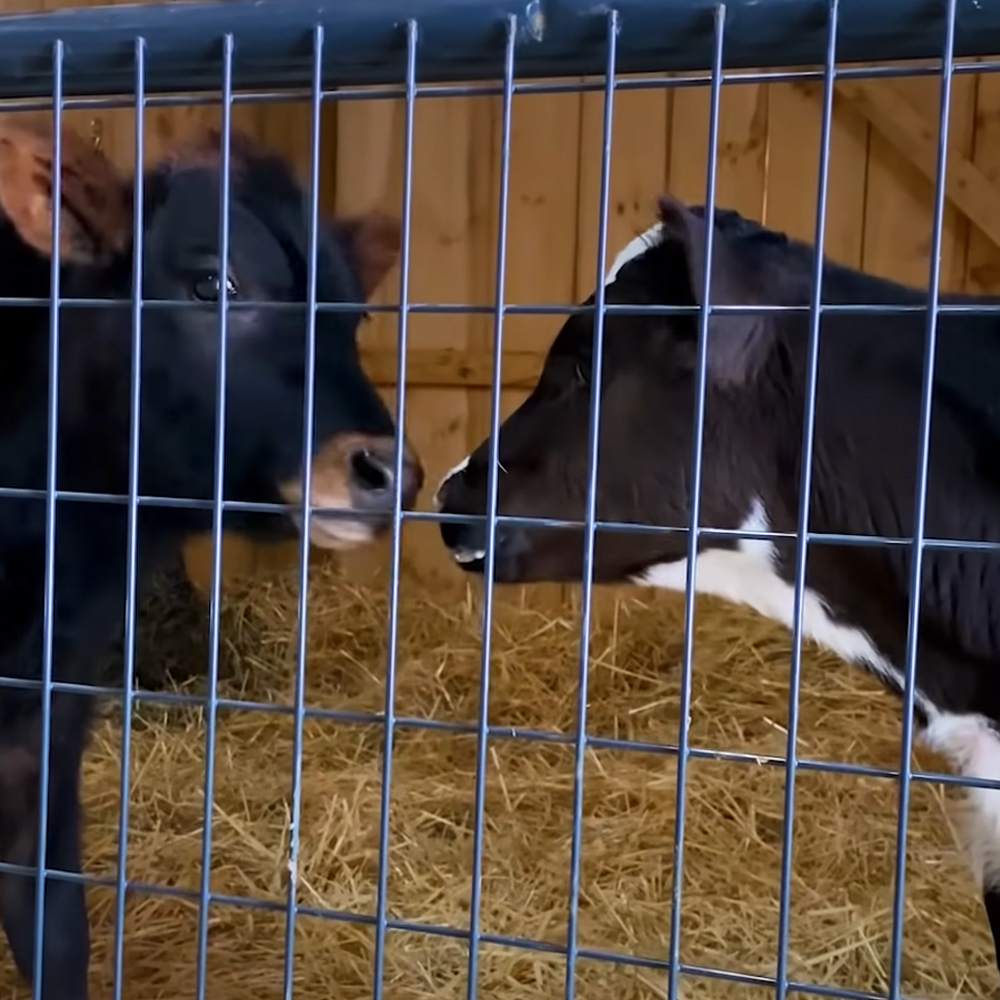 Out on the grass, the two were inseparable. Wherever Redding went, Sadie was close behind. “Redding and Sadie are perfect for each other because they are opposites,” said Tiffany.

Watching the two romp and play around the yard, they seem happy. Even though they both came from terrible situations, something remarkable and beautiful has developed.