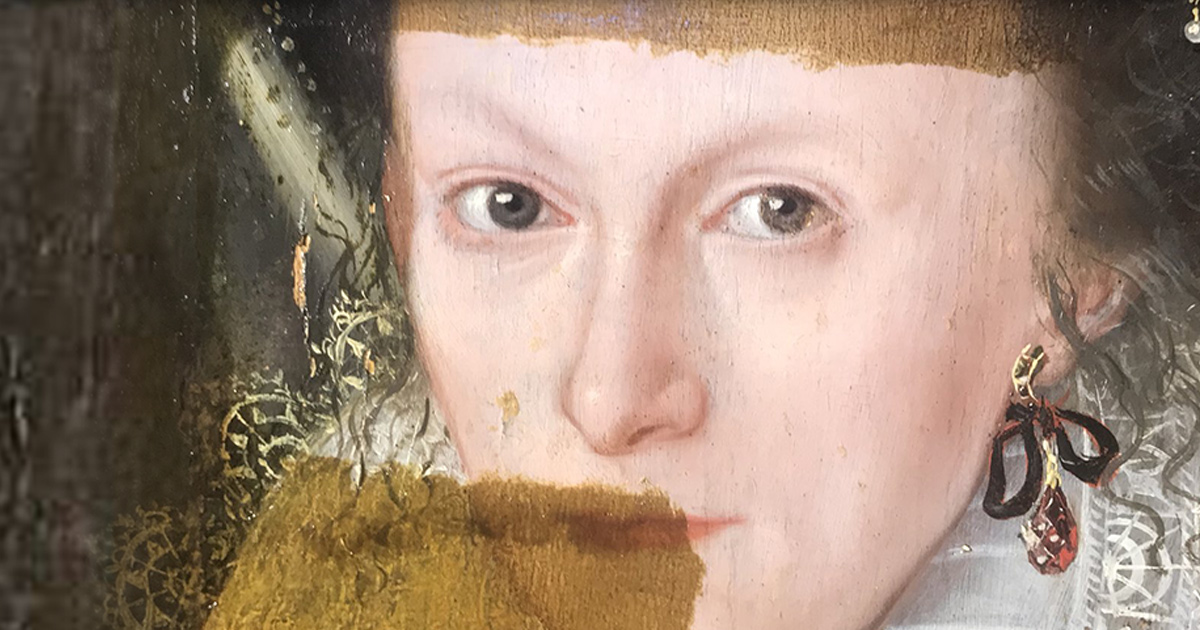 Philip Mould is an art dealer and TV host of BBC show “Fake or Fortune.” He purchased a painting of a “Lady in Red,” covered in this nasty yellow ‘ick’ for lack of a better term. Mould refers to the cleaning process as “the dissolving of 200 years of dirt.” Icky, yes, but it turns out the scientific name is varnish. He painstakingly restores the painting with his chemical mixture and a tiny paintbrush.

Underneath all the grime is a painting full of vibrant color and three-dimensional depth. The picture is of an unknown 36-year-old woman and is believed to have been painted in 1617. Mould suspects it is a marriage portrait because of several clues within the painting.

These clues include the beautiful repetition of spring flowers that adorn the lady’s gown. She is also wearing a single ring on her left finger and holding a white lily, which usually symbolized purity. There are some other unique touches to the painting that Mould can’t help but point out.

The lady in the painting is holding an elaborate pair of gloves that couldn’t have been easy to paint. There is also a jeweled piece in her hair, and it seems almost real; like it is just sitting on top of her head. It is impressive that so much color and beauty are still visible despite being covered in a thick yellowish sludge for a few centuries. 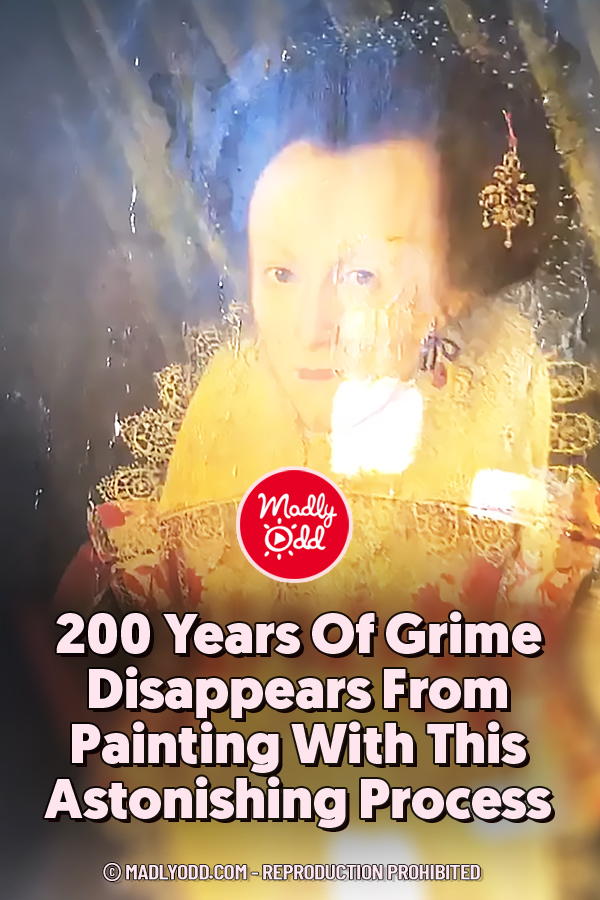