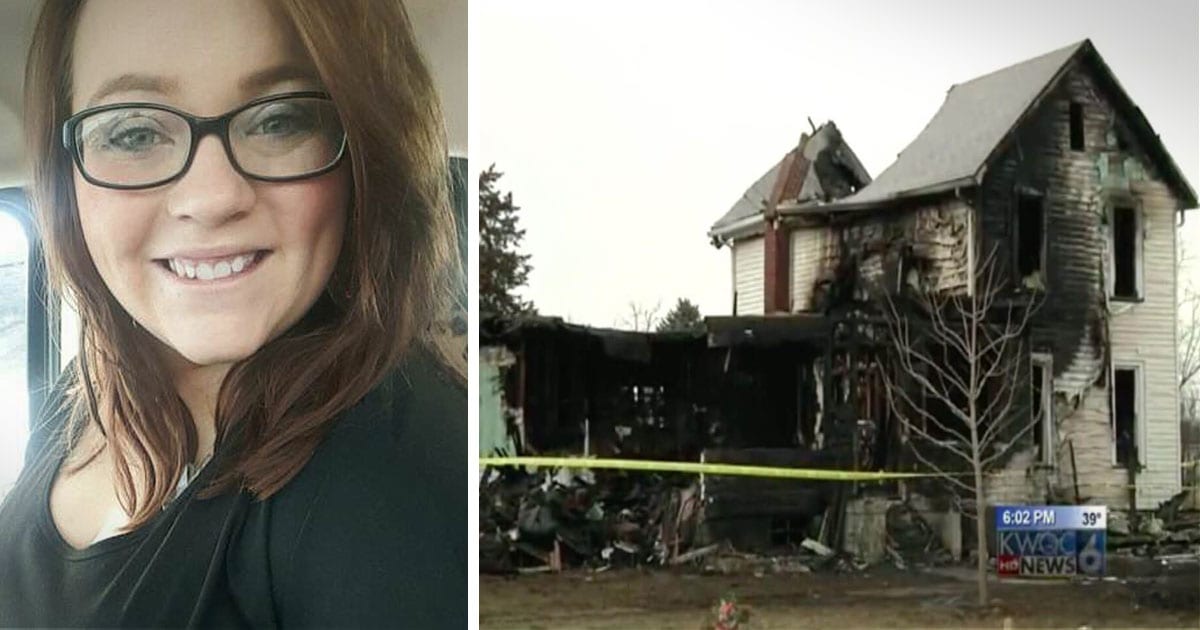 A mother’s love is one of the most powerful things out there, especially when it comes to the safety of her children. That’s what always comes first, no matter what. What a mom in Wyoming was willing to do for her baby is a case in point.

Shelby Ann Carter was just 21 years old but had already embarked on what was shaping up to be an idyllic family life. She and her boyfriend welcomed their beautiful little daughter Keana into the world and Shelby Ann was overjoyed about being a mom. Sadly, just weeks after Keana was born, the little girl lost her mother.

Shelby Ann was home alone with her newborn when the house suddenly caught fire. The fire was intense and quickly filled the house with acrid smoke. Worse, there was no way to get out. Firefighters were soon on the scene and were able to get the fire under control. Up on the second floor, they found Shelby Ann’s body. She had died of smoke inhalation, but not entirely in vain. The firefighters found something amazing outside. Shelby Ann had the presence of mind to strap tiny Keana into a car seat and drop her out the window! This mom had sacrificed herself to save her daughter.

Not sure if the baby had suffered injuries from smoke inhalation, the firefighters rushed Keana to the hospital. She was completely unharmed, all thanks to her mother’s devotion. After the fire, neighbors launched a fundraising campaign on the internet, with the aim of helping the surviving family members rebuild their lives. Within weeks, nearly $40,000 in donations poured in.

While it’s incredibly sad that Keana will never know her mother, she will at least know how much her mother loved her. Let’s hear your thoughts about this story in the comments at Facebook. Be sure to like and share, too!