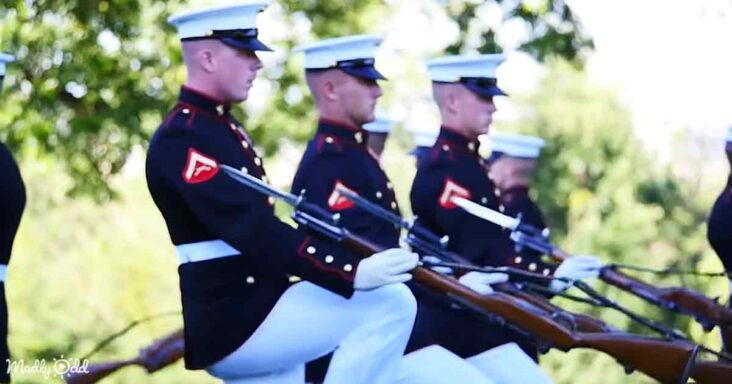 The Marine Corps Sunset parade was a one-hour performance featuring the music of “The Commandant’s Own.” This was followed by the “U.S Marine Drum and Bugle Corps” with a parade by the “Marine Corps Silent Drill Platoon.” 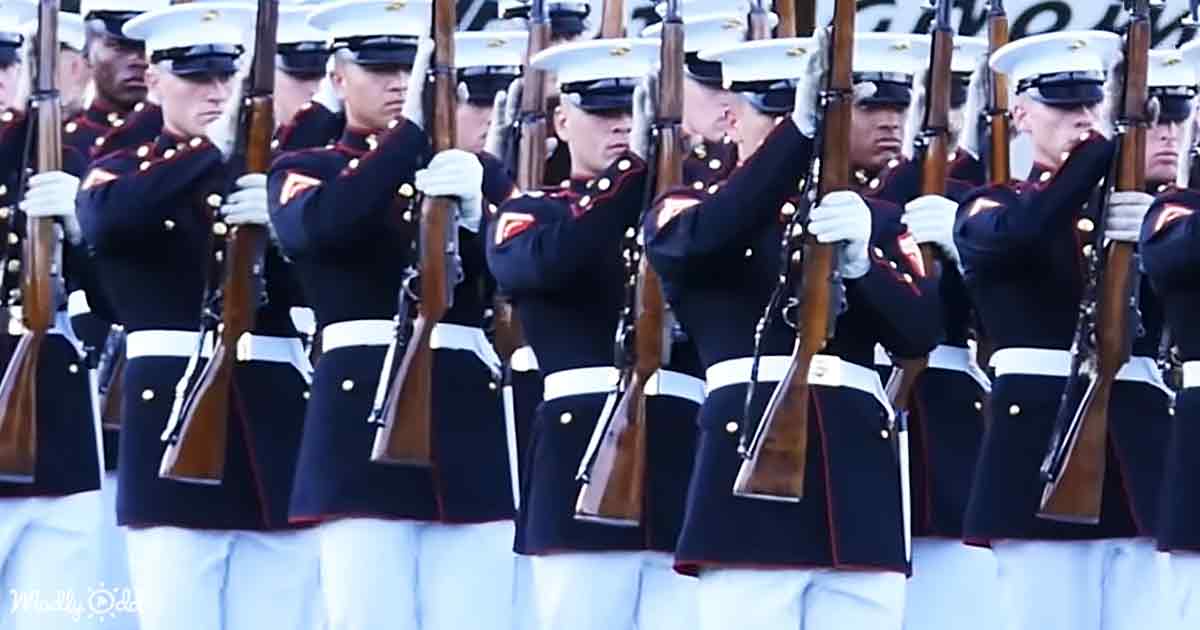 Recently, the snippet from the fantastic silent drill routine during the Sunset Parade garnered much attention. This was because the crowd enjoyed a beautiful evening enjoying the Drum and Bugle Corps and the Drill Platoon performance at Iwo Jima.

The Marine Corps Silent Drill Parade at the Iwo Jima Memorial was one of Washington’s world-class parades. Since 1956, the musical and marching units at the Marine Barracks, Washington DC, have paid tribute to those brave hearts whose “Uncommon valor was a common virtue.” 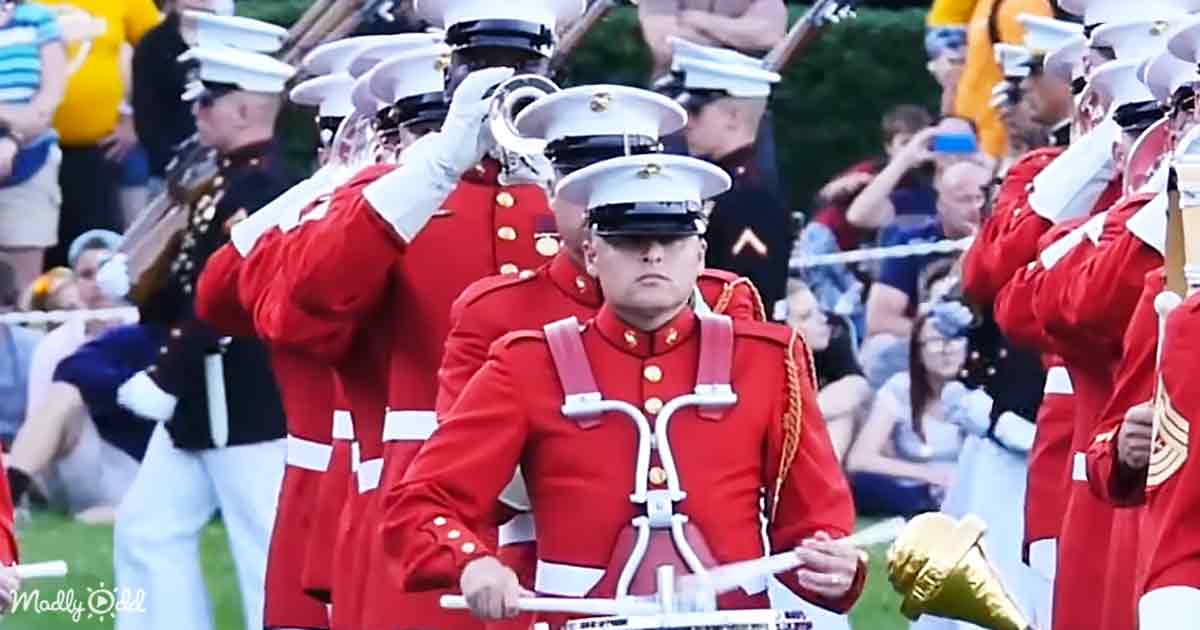 The backdrop of the parade was the famous bronze monument based on the famous Raising the Flag on Iwo Jima on Mount Suribachi. It had 6 men, of which 5 were Marines and 1 Navy Corps standing 32 feet high, raising a 78-foot bronze flagpole.

The parade began with the United States Marine Corps Drum and Bugle Corps, also known as the Commandant’s Own. They played different musical instruments as they marched in sync with one another. However, the highlight of the parade was the famous Silent Drill Parade. 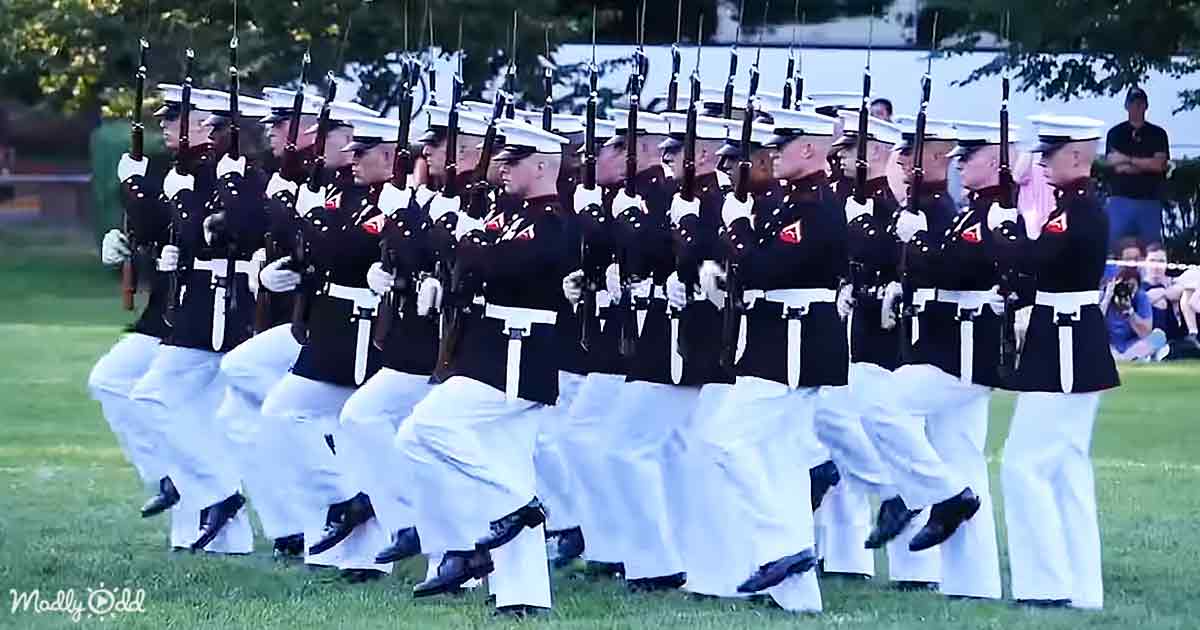 The United States Marine Corps Drum and Bugle Corps were dressed in bright red dress uniforms. They pleased the crowd with family-friendly popular songs. They have been known as the Commandant’s Own to be distinguished from the “President’s Own.”

The musical drill was followed by the impressive performance of the Silent Drill Platoon. It was a 24-men exhibit of fantastic teamwork as they worked with 10-pound M1 rifles. Usually, drills like these have audible cues, but this performance was very different. It had no audible alerts & had the platoon work through a routine formation and bayonets flying through the air. All the impressive stuff got more interesting as the platoon did the drill when the sunlight faded. 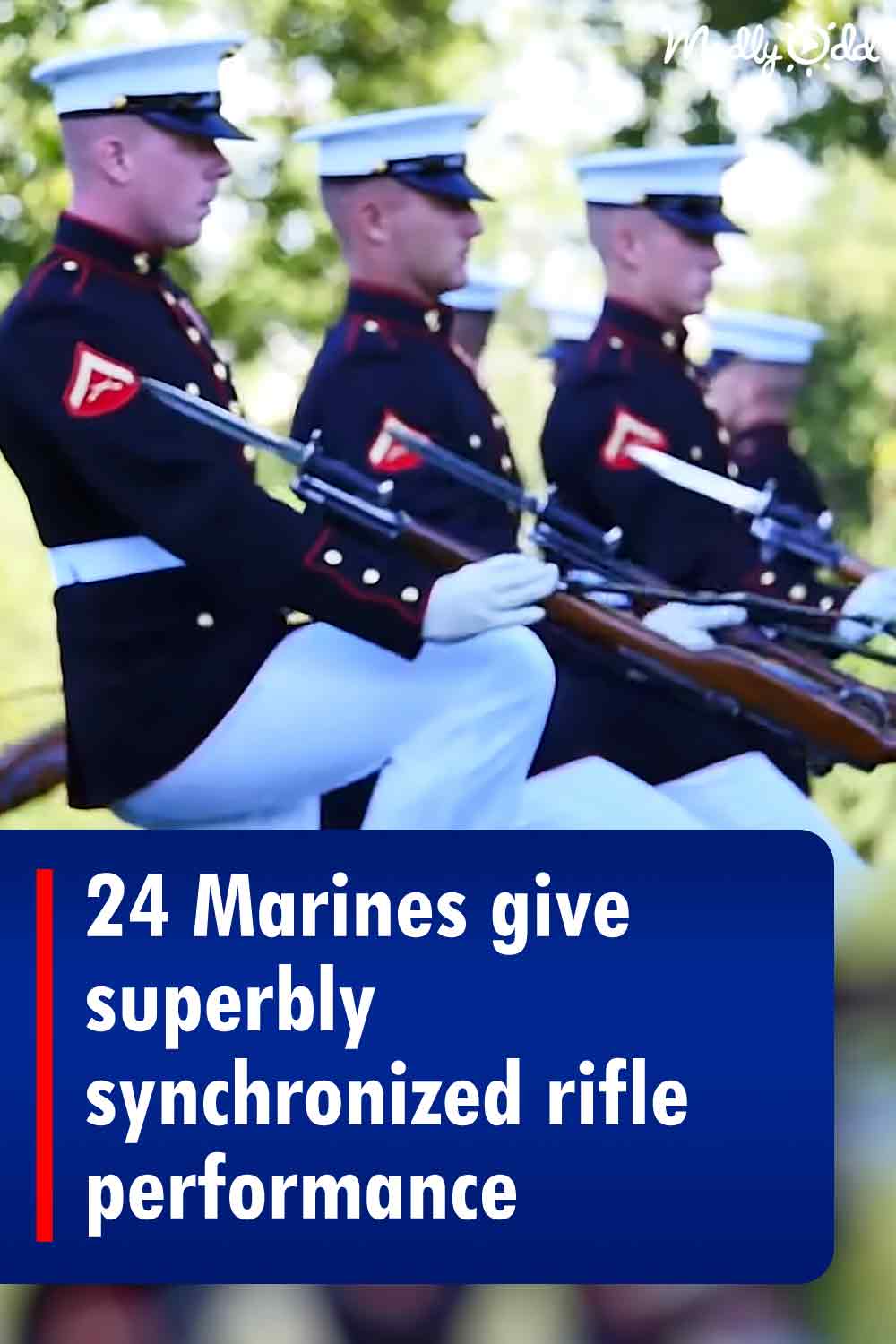