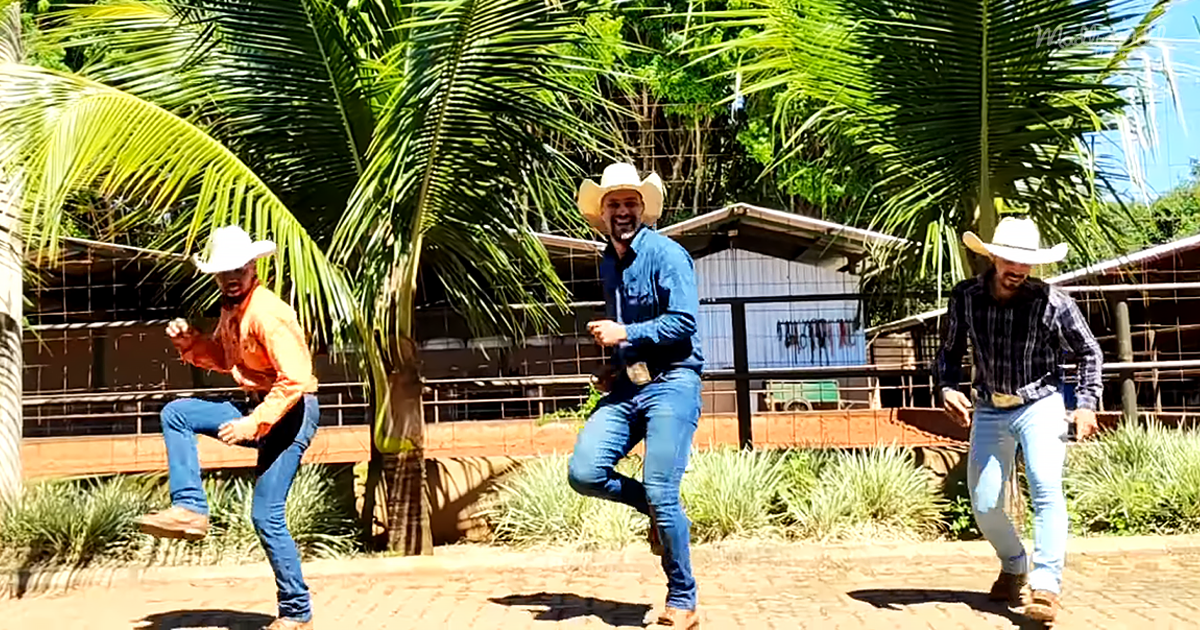 It’s always a good time to see people perform a dance routine that they’ve spent hours perfecting. Whether you’re watching online or on a popular talent show, there’s nothing quite as impressive as homemade videos.

Three men dressed head-to-toe in cowboy gear filmed themselves dancing along to the song “It’s A Little Too Late.” While it may have been recorded on an old phone camera, the quality of their dancing is hard to beat.

As soon as you hit play, these three cowboys start dancing with a ton of energy. Warlei Oliveira is the gifted man that’s front and center. Next to him, he has his friends Rodrigo Assis on the left and Drama Lendario on the right.

The video of these gentlemen showing off their quick moves has been viewed nearly half a million times. There’s no denying that these three men have a ton of talent, and the view count shows how much everyone adores them.