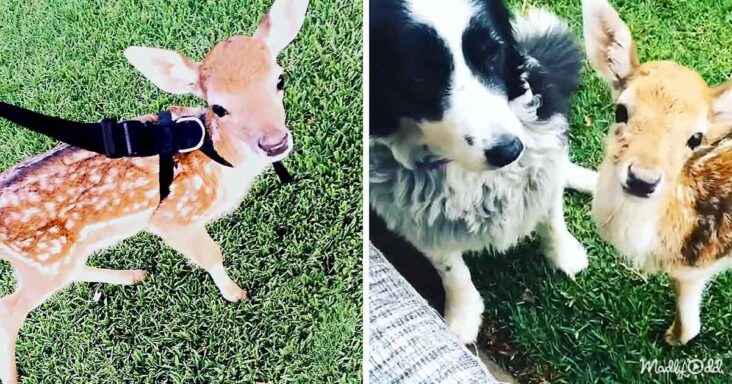 While walking in the woods near his farm, a compassionate farmer discovered a baby deer. When he found the little one, the deer was wounded and missing part of one of his legs. 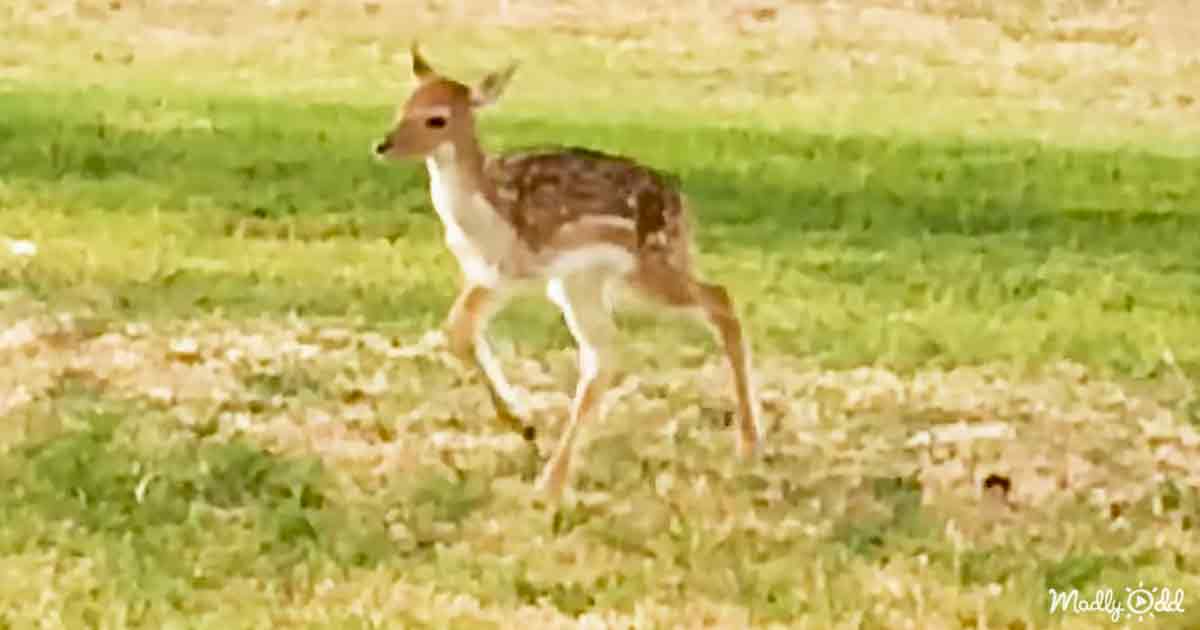 The farmer rushed to get the baby deer to the veterinarian. The fawn was only two days old and already fighting for his life. Fortunately, the little one made it through and started his new life on the farm.

But the three-legged deer’s recovery was not finished. Rudie still needed to find his footing and heal emotionally from his traumatic experience. The deer found help from an unlikely companion: the farmer’s dog. 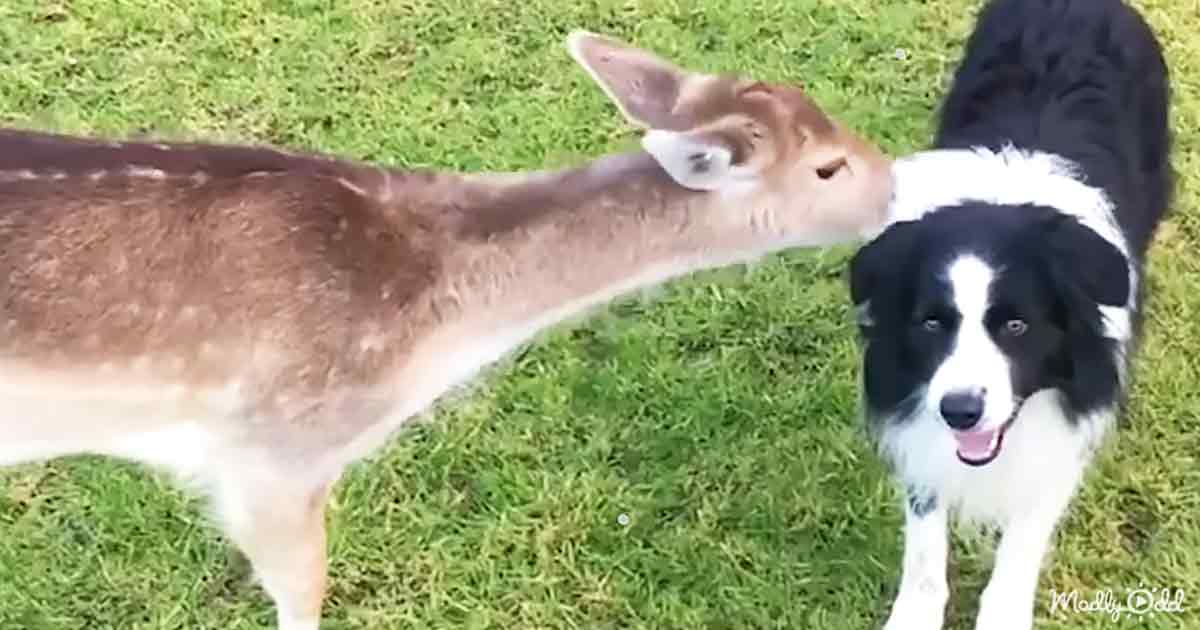 “Rudie was out of danger, but he was still feeling frightened and kinda sad,” said the narrator. “He couldn’t be a wild deer with three legs, so he needed somewhere safe to live and someone to take care of him while he healed.”

While Rudie healed from his injury, the Border Collie was by his side. Keira became a maternal figure for the three-legged deer, reassuring Rudie that he was safe and everything would be okay. 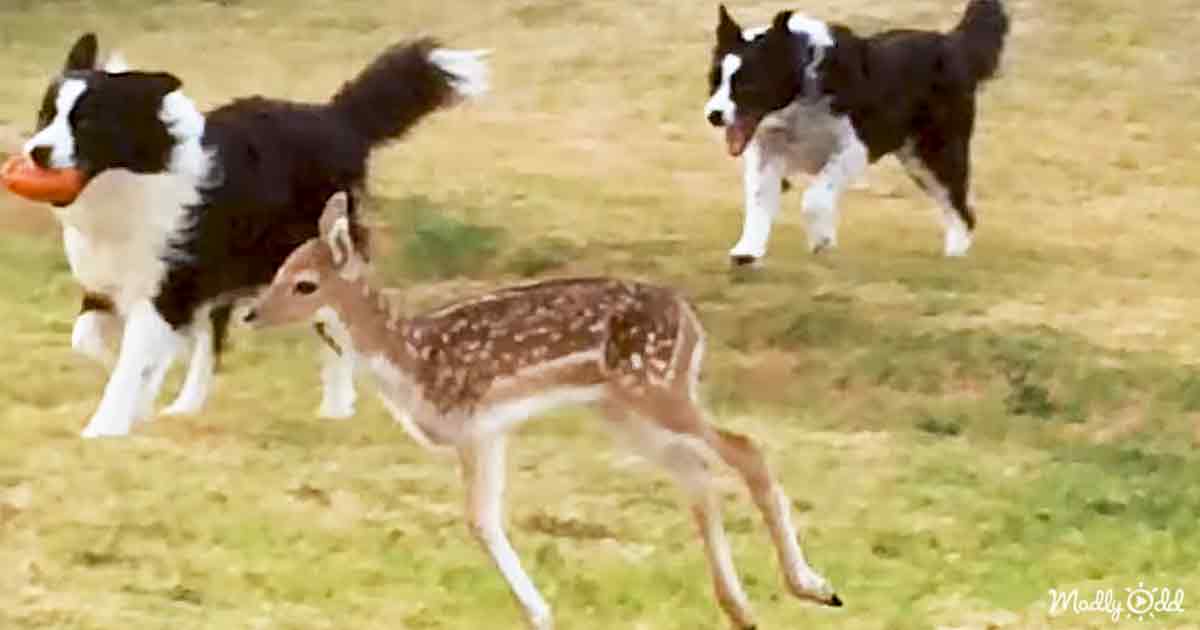 With his canine mom’s help, Rudie found the confidence he needed to recover. But he still needed to learn how to help. Rudie’s human mom used a harness to support the baby deer while he found his balance on three legs.

“Sometimes all you need to get through is one good friend,” said the narrator. “But if you’re lucky like Rudie, you get a whole family of friends who will always stick by you, wherever it is you’re running to.” 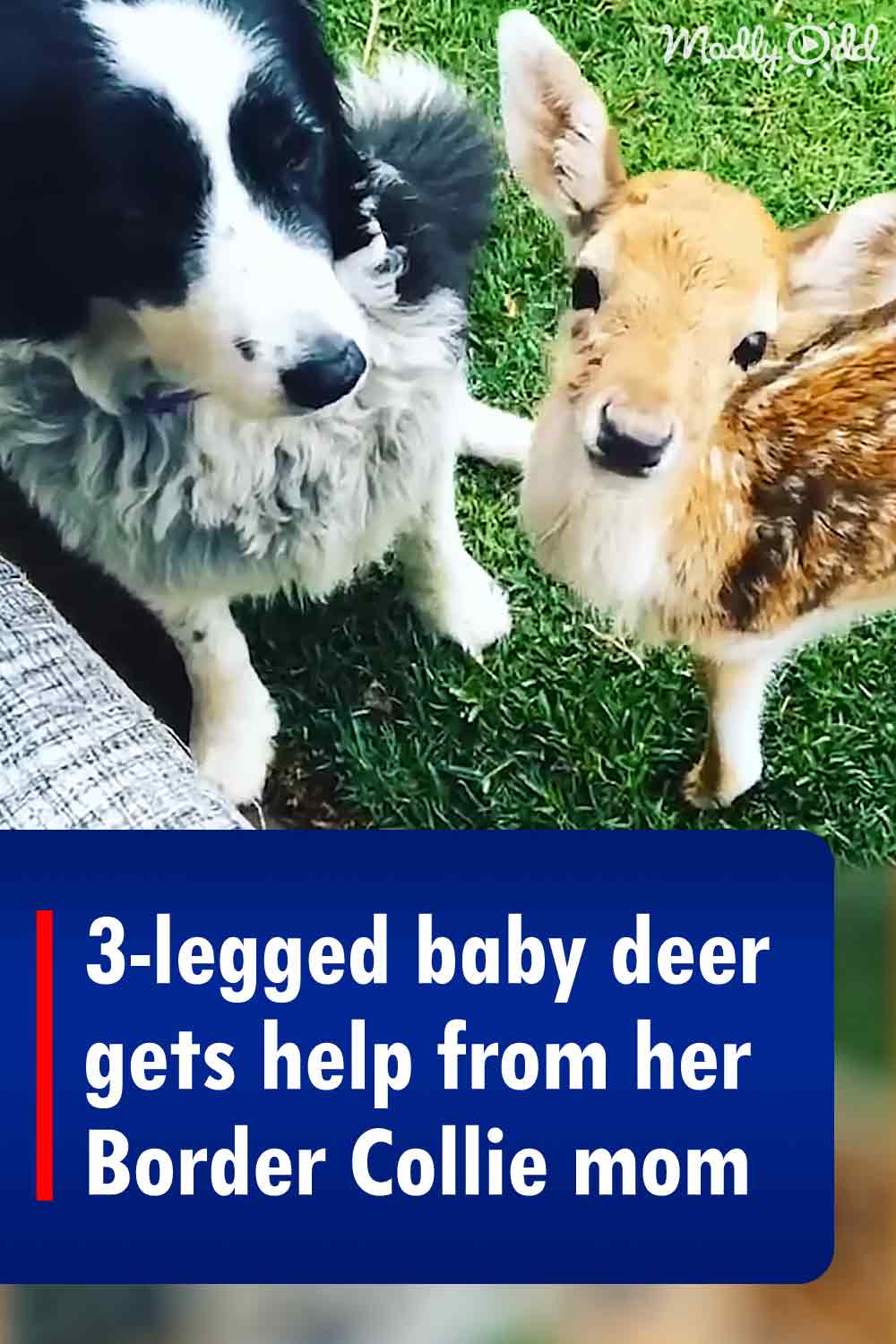