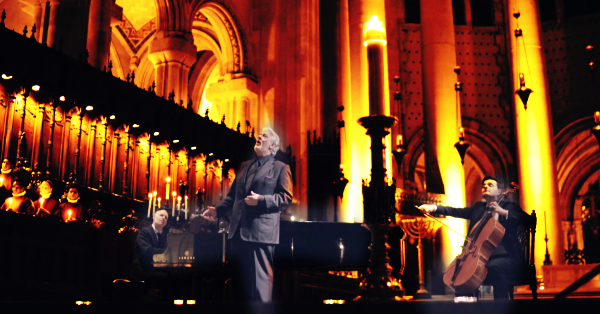 It’s a song that makes us think of peace on earth and good will towards men. For that reason alone, we should enjoy “Silent Night” all-year-round. It’s not just for Christmas.

“Silent Night” is undoubtedly among the most beautiful Christmas carols of all time. It was composed in 1818 by Franz Xaver Gruber to lyrics by Father Joseph Mohr.

The melody was composed by Franz Xaver Gruber, schoolmaster and organist in the nearby village of Arnsdorf. Days before Christmas Eve 1816, Joseph Mohr brought the words to Gruber and asked him to compose a melody and guitar accompaniment for the Christmas Eve mass. It is unknown what inspired Mohr to write the lyrics, or what prompted him to create a new carol. Their collaboration remains a blessed mystery.

So is it any wonder that one of the most beautiful Christmas song becomes even more beautiful when sung in a cathedral by Placido Domingo and The Piano Guys with an angelic choir behind them?

Placido, of course, is no new name to the music industry – he has recorded more than 100 operas and won more than 14 Grammy Awards His recordings have also hit gold and multi-platinum, and just recently, Placido Domingo appeared on the 2018 season finale of America’s Got Talent to deliver a chilling duet.

More from The Piano Guys: “He Controls 500,000 Christmas Lights With His Piano – Keep An Eye On Those Hoses As He Starts To Play”