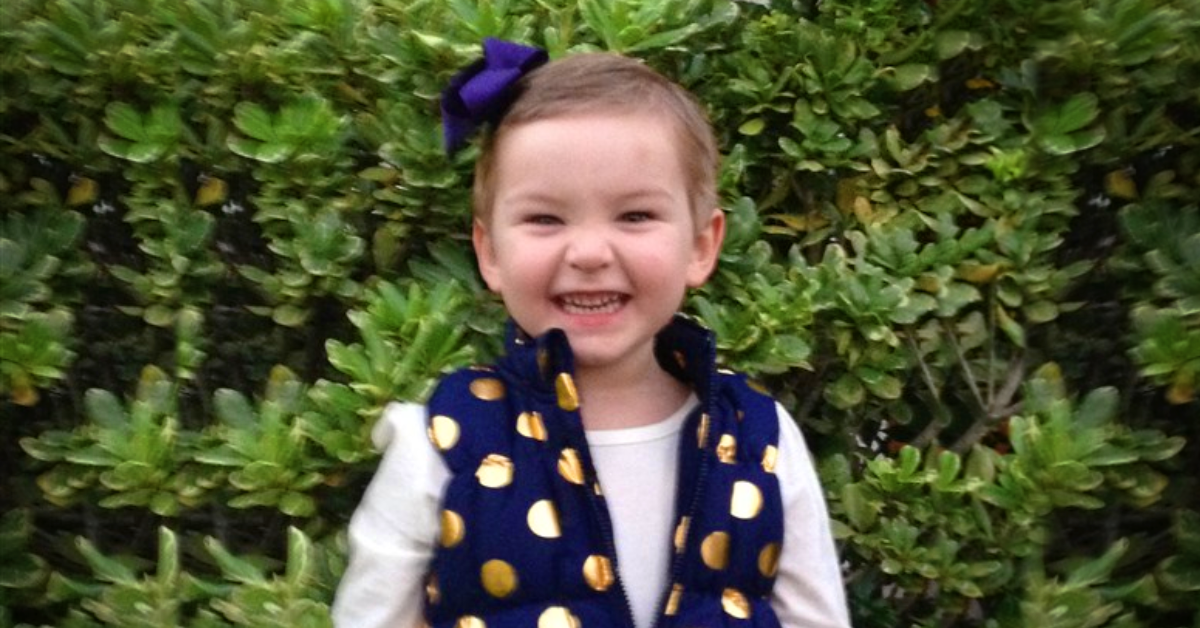 “I want to know how to do it,” the girl tearfully explains. “I was just practicing today.”

This little stylist is testing the practice makes a perfect theory, much to the dismay of her Daddy The father of a 3-year-old girl named Ansleigh captured the aftermath of an epic haircut she gave herself recently. Inspired by a friend of the family who is a hairdresser, the ambitious girl makes moves towards her future career goals.

“You cut all your hair off,” Chad Clark, her dad, exclaims in this adorable viral video. Originally posted on the Facebook page of this St. Augustine, Florida family, the video then shows off the girl’s new look; a sort of mullet, with long locks in the back and super short sides. Ansleigh also managed to add some bald patches and said bye-bye to bangs.

When her father asked her why she decided to update her ‘do, the precious little girl replies from a tear-stained face. She tells her dad quite matter of factly that she wants to learn to cut hair and justifies it by pointing out that a family friend, Jessica cuts hair.

“I want to know how to do it,” the girl tearfully explains. “I was just practicing today.”

Ansleigh’s supportive, and patient dad reminds her that Miss Jessica went to school to learn the skill and reassures her by explaining that while she’s not allowed to cut her hair as a child, she will be able to when she’s a grown up.

This precocious little one seems content with the explanation and offers a smile telling us how she’ll work with her friend, Jessica and cut hair when she gets bigger. The smile gives way to look of deep concern though as she shares her worry about not having any scissors when she gets big. You can almost hear her little voice start to tremble.

This loving dad makes it all better when he says, “We’ll get you some scissors when you get bigger.”

That’s all Ansleigh needs to hear. She offers a resounding “Thanks Dad” and flashes a smile to the camera that melts your heart.

In an interview with TODAY Parents, Chad Clark shares the story of the infamous haircut that went viral and melted hearts across the Internet. It happened while his wife was at a conference for the weekend, and he was watching the kids. Ansleigh was in her quiet time, a time in the afternoon when she stays in her room and reads books, colors or watches a cartoon while her little brother naps.

Ansleigh left her room and found a box in the hallway containing another box with a pair of scissors inside. She took the scissors back to her room and began to cut her hair. “I happened to be walking by and heard a quick movement come from her bed, the kind of sound you hear when your child is doing something she knows she shouldn’t be doing,” Clark told the TODAY show.

“I poked my head in. … When I noticed that she had no more bangs, my first thought was, ‘Oh my, my wife is going to kill me!’ And my second thought was, ‘On the bright side, she will never leave me alone for the weekend with the kids again.’” The family friend and Ansleigh’s mentor, Miss Jessica, the hairdresser, offered to come to fix the “do” and made it look beautiful, Clark said.

Have you seen this adorable little sweetheart? Did you ever “practice” on your hair when you were little? What about your kids? Tell us your funny kid’s haircut story in the comments below. 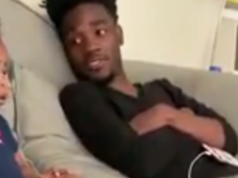