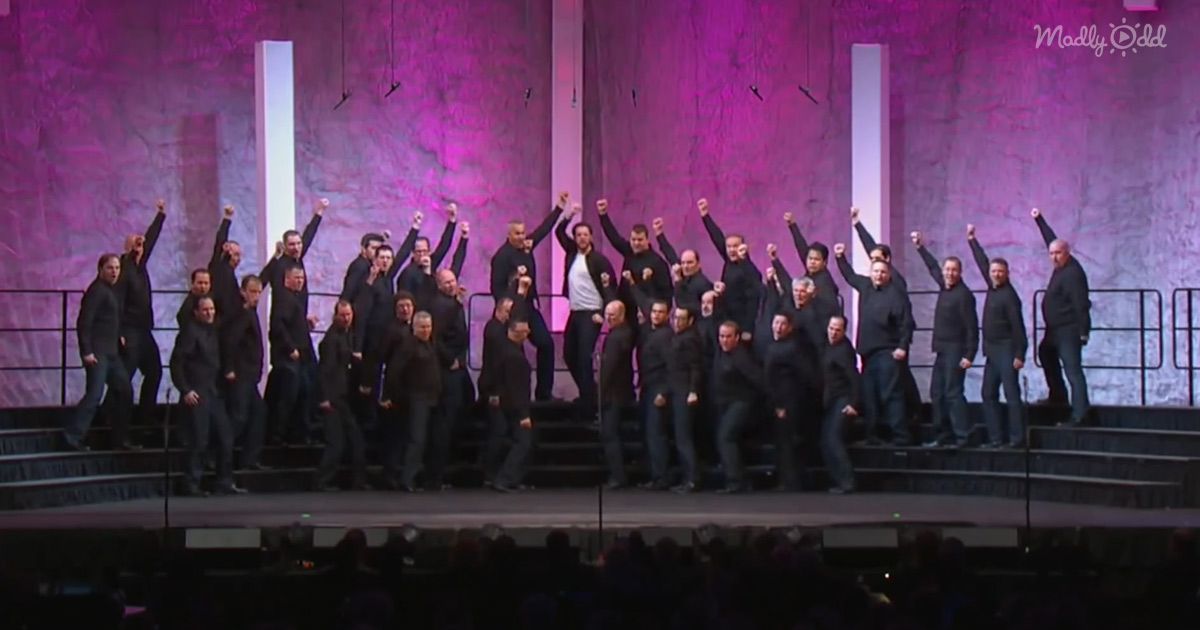 You might not have heard of it, but there is indeed an International Barbershop Chorus Competition that takes place every year in Portland, Oregon. Teams from all over the states gather to duke it out, but one group’s clever take on a country classic earns them a spot in the victory circle.

Among the many vocal groups competing at The International Barbershop Chorus Competition in 2012, one men’s chorus, the Kentucky Vocal Union, stood out for bringing out all the stops in an incredibly contemporary barbershop experience.

Choosing “Footloose” as their song, these men decide to take their cue from the original Footloose movie and begin their performance by wandering around the stage lamenting the fact that they can’t dance. Whether it’s due to their inability or a city-council declared ordinance, we may never know.

Suddenly the singer at center stage rips open his black dress shirt to reveal a white undershirt, and the vocal acrobatics begin. As the harmonizing and choreography heats up, more members reveal their true colors until the whole group is a living rainbow on stage. No wonder they walked away with a medal after a performance like that.