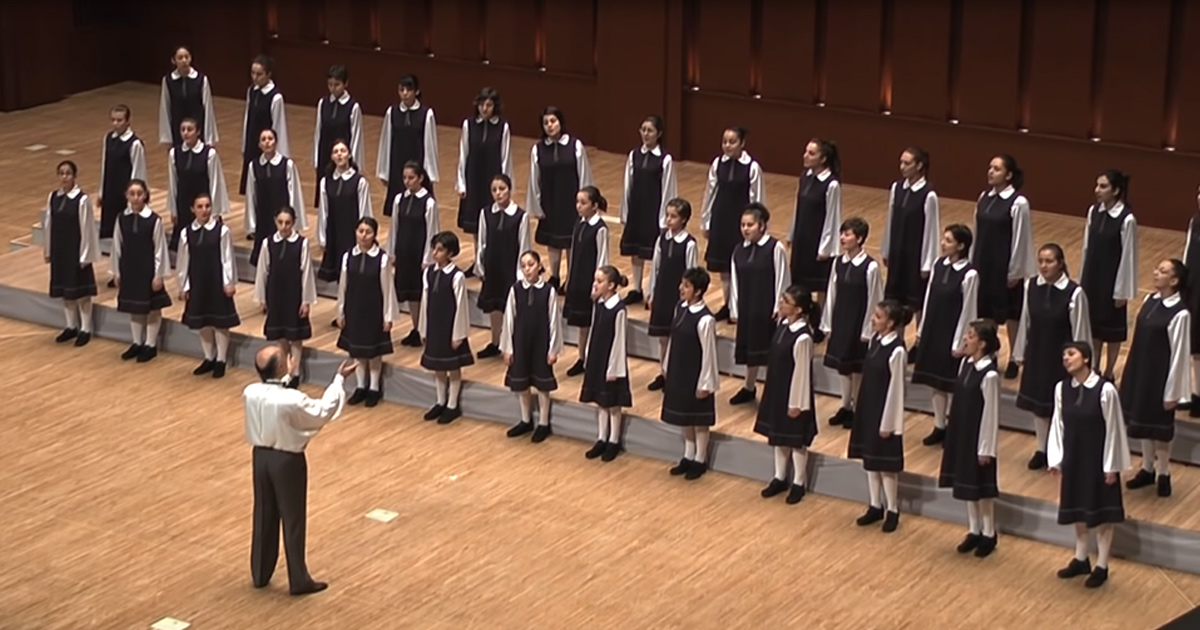 There are plenty of amazing musicals out there, but nothing beats The Sound of Music. With a beautiful soundtrack, this musical has one breathtaking song after another. A choir performs an astounding rendition of the track “Edelweiss” from the popular show.

Richard Rodgers and Oscar Hammerstein originally composed the classic tune. Their version was used on Broadway, the movie, and is covered by countless musicians all around the world. This choir of 39 talented individuals does a lovely job at singing this song.

As they belt out the words to “Edelweiss,” you can’t help but fall in love with their angelic voices. It gives the iconic tune a new sound, and it’s incredible to listen to. With all of them singing together, it’s unlike any other rendition of the song.

We’ve all heard this song performed, but these ladies genuinely bring something different to the table. There isn’t a flaw to be found as the song comes to an end. We wish they could sing the entire soundtrack and record it for us to hear.