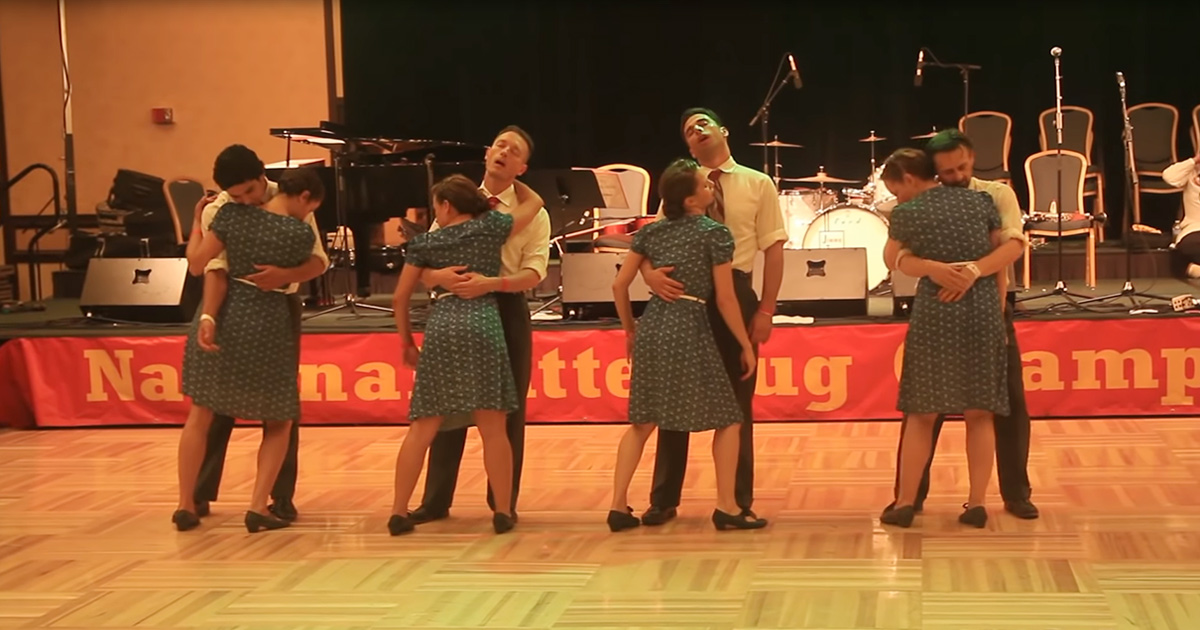 When you’re taking part in any competition, it’s essential to stand out from competitors. During the 2014 Camp Hollywood National Jitterbug Championships, four lovely couples couldn’t help but steal the show.

Their unique performance started with them standing with their other half and appearing to be sleepily swaying. You can hear the eager audience shout for them to wake up as the music begins to play.

The couple on the end has a big stretch, realizes that it’s time to perform, and is quick to get their feet moving. Tapping on the couple next to them, there’s a hilarious domino effect that’s nothing short of mesmerizing.

Each couple has unbelievable dance moves that are hard to look away from. The crowd goes wild in reaction to their creative performance. They were one of the most anticipated acts of the show, and it’s safe to say that they didn’t let anyone down. 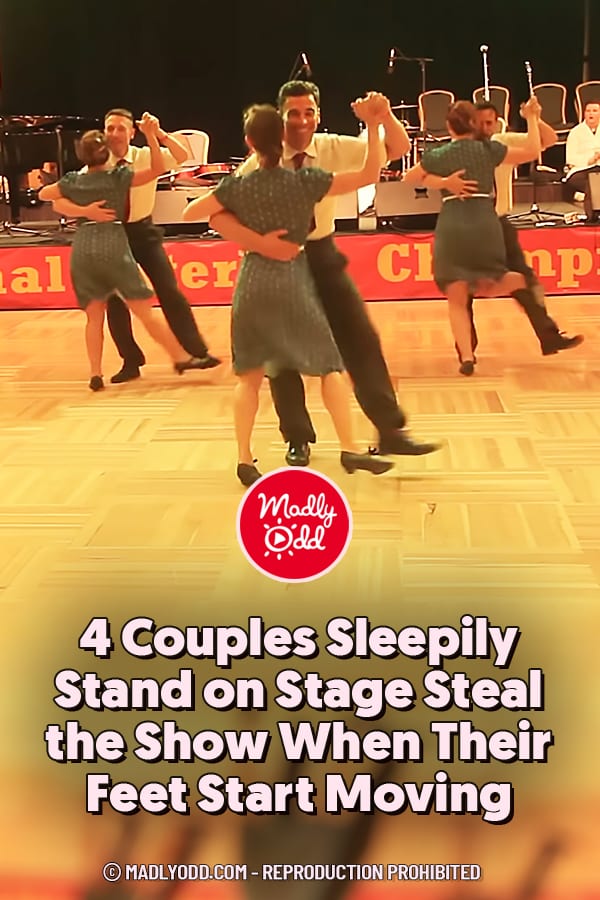