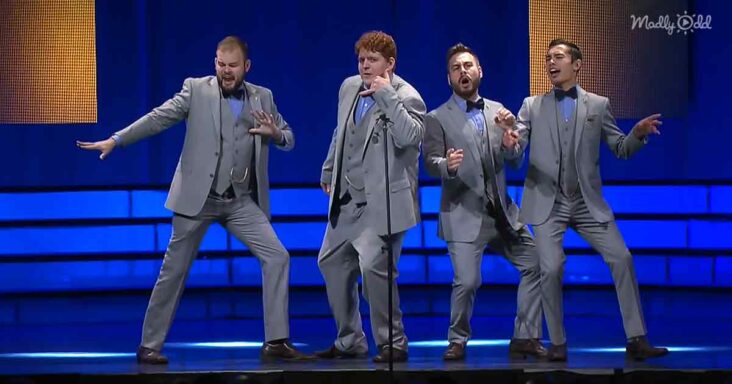 ‘The Newfangled Four’ is a barbershop quartet with a unique style. They wondered what the barbershop classic ‘Hello My Baby’ would sound like if it was performed throughout the decades. 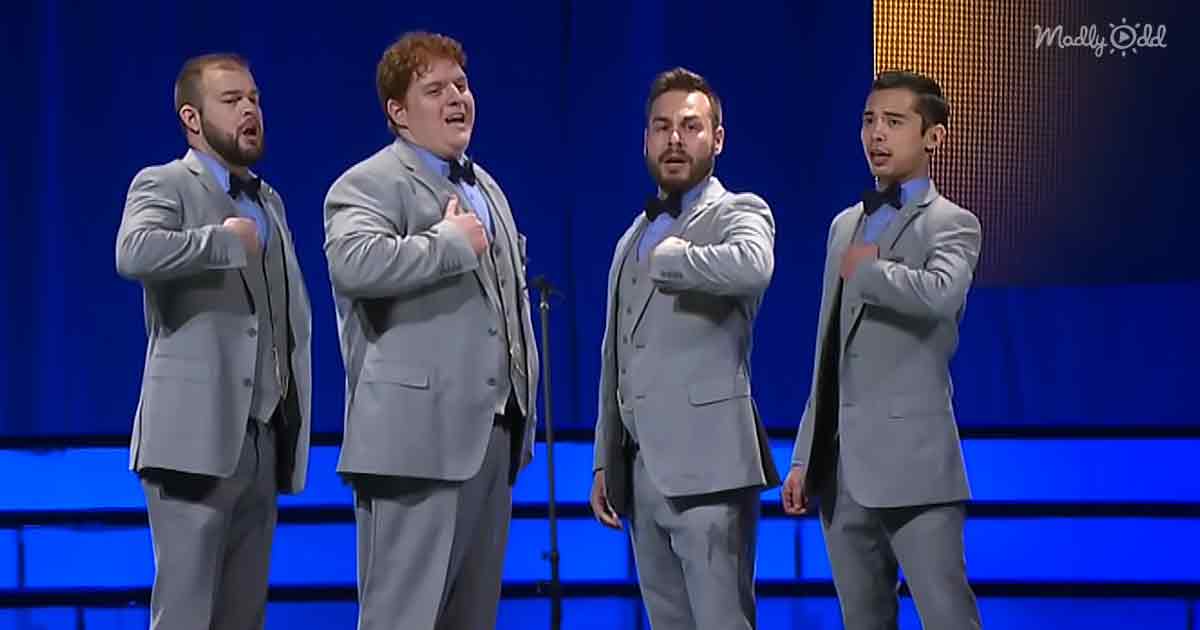 The four men walk out on stage in matching gray suits and sing the original rendition of ‘Hello My Baby.’ The tune was written in 1899, and its lyrics centered around a man with a girlfriend he knew only through the telephone, which was rare in U.S. households then.

Then, the fellas break into the first rendition in a ‘blues’ style. Next is the ‘Swing’ style, which causes them to snap and sway as they sing. They follow that style with a ’50s groove that features a nice bassline. 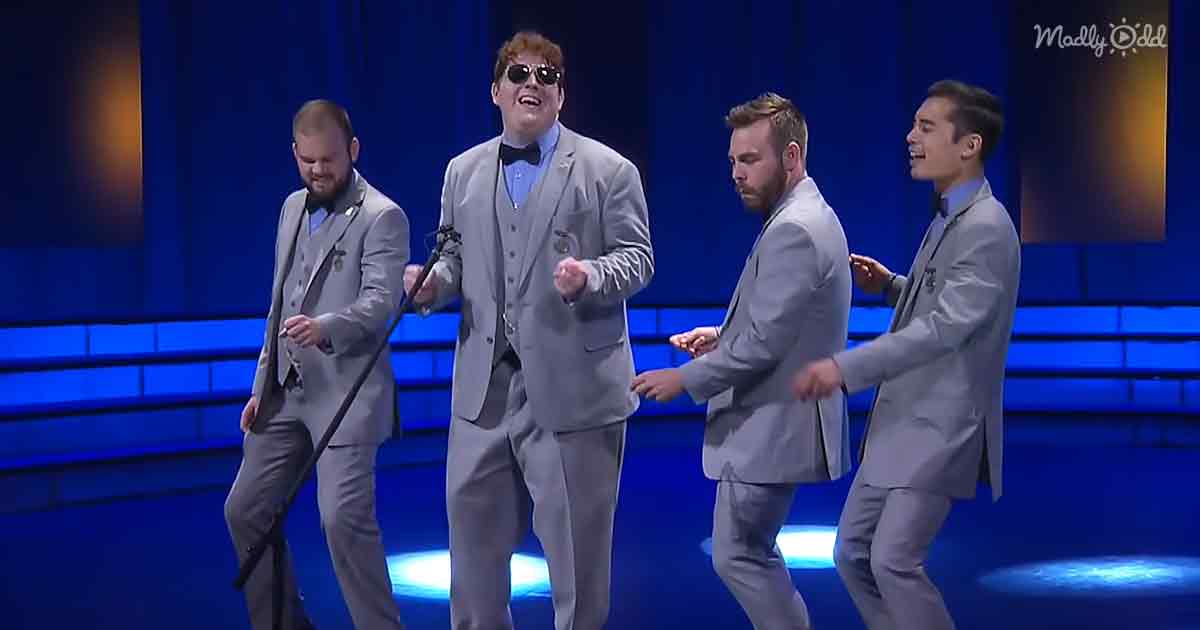 ‘The Newfangled Four’ break into the country version with a loud yell of ‘WooWee!’ They impersonate a guitar and begin singing with some shouts mixed in for comedic effect.

Next up is disco, and they roll their arms and sing to the rhythm and melody of ‘Stayin’ Alive’ by the Bee Gees. Disco is followed by rap, and the singer introducing it says, ‘My friend on stage is about to spit some rhymes on this microphone!’ 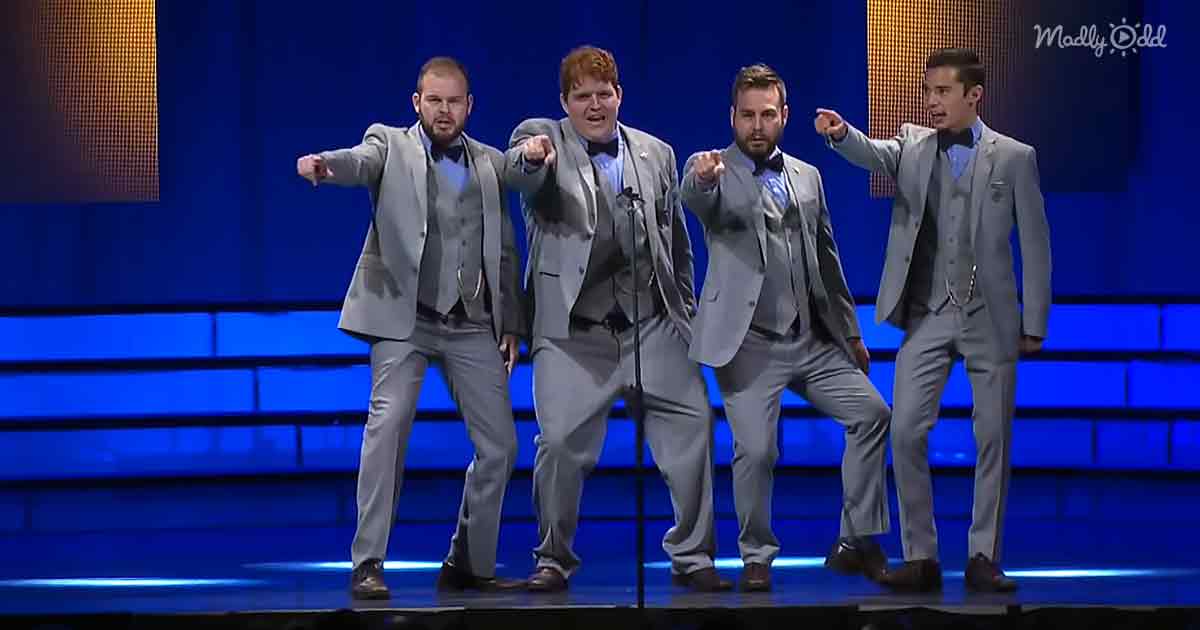 The friend says it’s a terrible idea and suggests they get someone with more experience. Then, a man walks on stage real slow, cocky, with sunglasses on, and the one friend yells, ‘No, no, no, no!’ The man is wearing a white tux, and the other men bow to worship him jokingly.

They start to beatbox, and he raps in an awkward, very un-hip voice. The crowd laughs along and applauds at the end as he drops the imaginary mic. ‘The Newfangled Four’ deliver their stunning rendition of the song after taking the audience through the decades. It is a fantastic performance that electrifies the crowd!