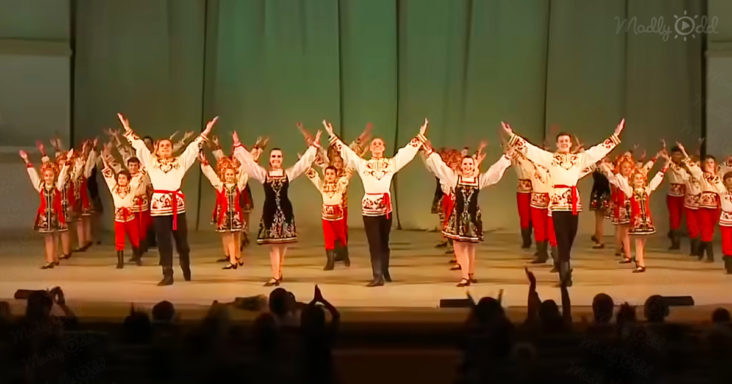 About 40 children have gathered on stage in this video. They wait patiently for the music to start. The girls are in white kokoshnik with red and black embroidered sarafans, while the boys are in ornamented kosovorotka shirts and high boots.

These beautiful children have gathered to dance Kalinka. Kalinka is an iconic traditional Russian dance that demands high jumps, swift movements, fast knee-bending, and Russian singing. The Kalinka song is now known as the most famous Russian folk song in the world.

The children begin by swaying to the music. Then the girls step forward with the boys walking around them. Then the spinning starts, with the boys responding to each movement of the girls’ spinning. 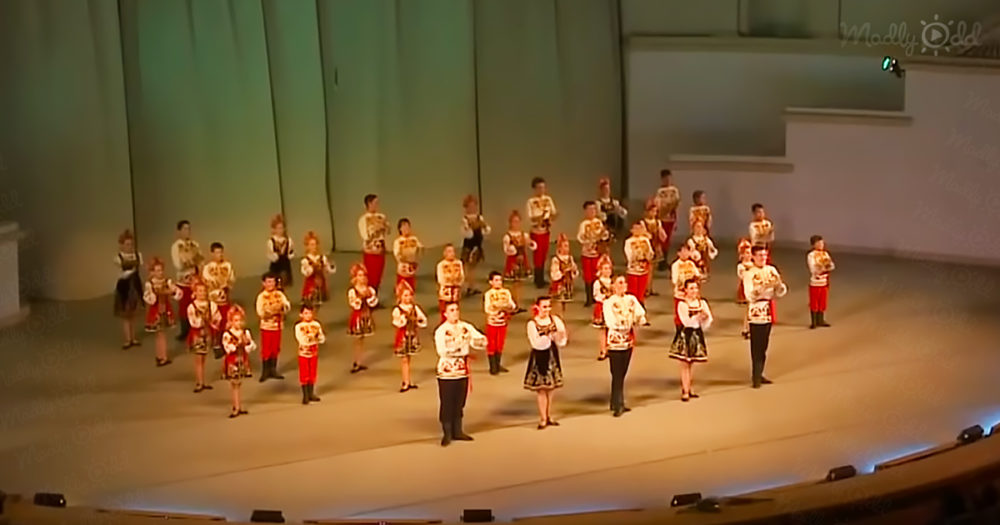 In Kalinka, the song gets faster and faster with every refrain. And as the music gets faster, so does their dancing frenzy. This is characterized by foot stamping and kick-dancing.

However, the song does slow down, and the group splits into two, dancing more gently to the slow music. When the song picks up pace again, the boys continue the dancing frenzy, with the girls joining soon later. They hold hands and create a spectacular performance.

Midway into the performance, younger children come out in three pairs of boys and girls. The floor is cleared for them by the older kids as they begin to dance. They do adorable feet-stamping and bowing as the other children swish their feet in the background.

The music changes towards the end and the older children show-off their dancing skills. They somersault and spin in solo performances inside the semi-circle. These older children lead the group to end the dance, raising their hands at the end of the song.