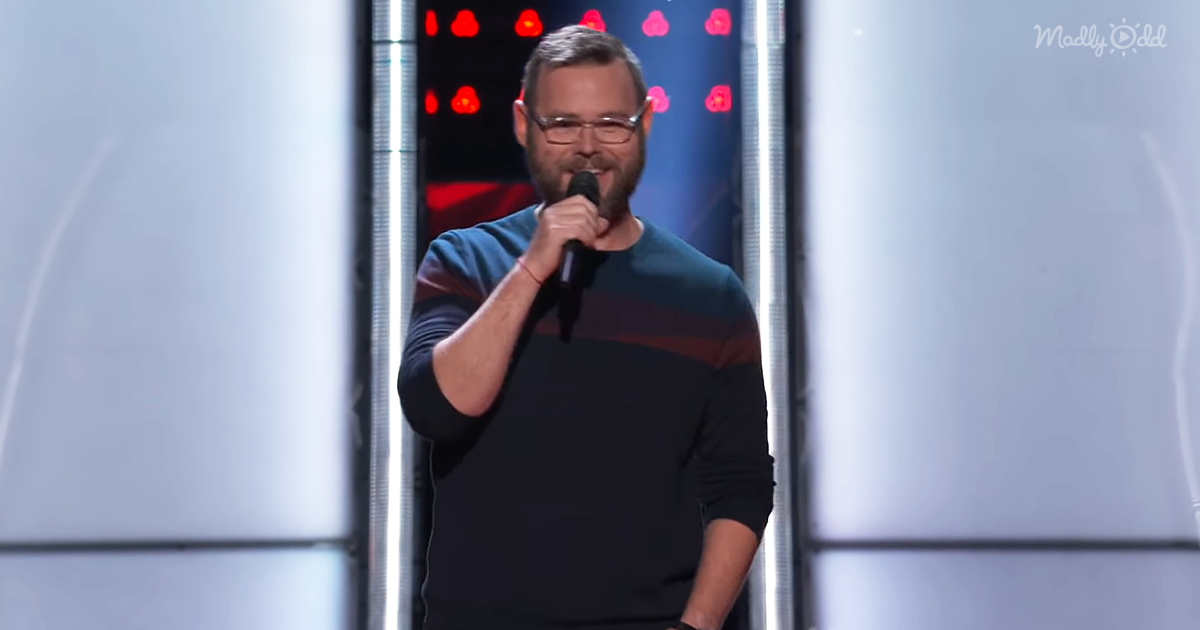 On shows like The Voice, judges never quite know what they’re going to get. Sat in chairs with backs facing the contestant, judging a book by it’s cover isn’t an option. During his performance on The Voice, 41-year-old pastor Todd Tilghman sang “We’ve Got The Night.”

Tilghman couldn’t even get through the first line of the song before three out of the four judges turned around, hoping to get this talented singer on their team. After a few seconds, the final judge, John Legend, turned his chair around as well.

Originally performed by Bob Seger and The Silver Bullet Band, the 41-year-old pastor brought the hit tune justice. After the song, Todd told the judges that he was a pastor as well as a father to eight beautiful kids.

His personality had the judges in a friendly battle to see which one would end up coaching him. Todd got the chance to choose which one he wanted to be his coach for the remainder of his time on the show and he ultimately chose Blake Shelton.