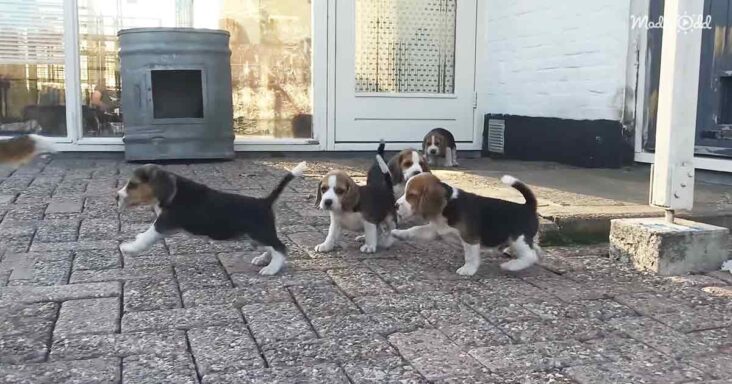 Five adorable Beagles played outside for the first time with their mother watching over them. The patio floor was made of bricks, and the puppies enjoyed exploring every inch of the new world. 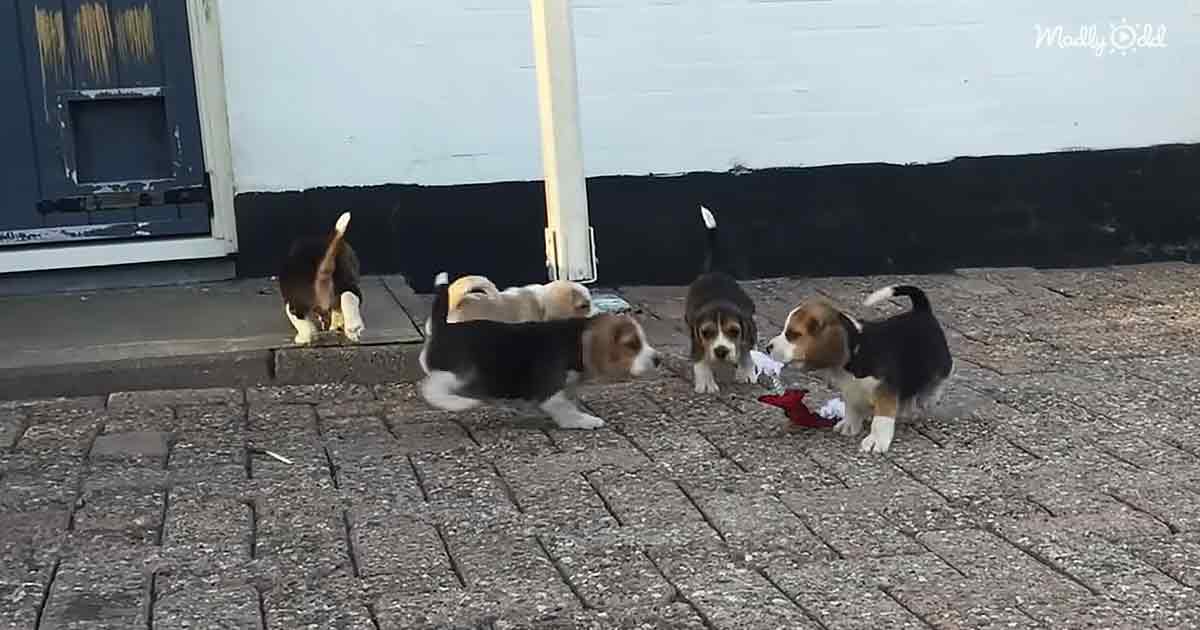 Whenever they moved around quickly, their ears would flop along with them like tiny wings. The puppies’ legs were so short they looked like they were hopping instead of running.

It was a bright day, and the puppies excitedly chased each other with their tails showing how thrilled they were to be let outdoors. There were lots of new sights and sounds. 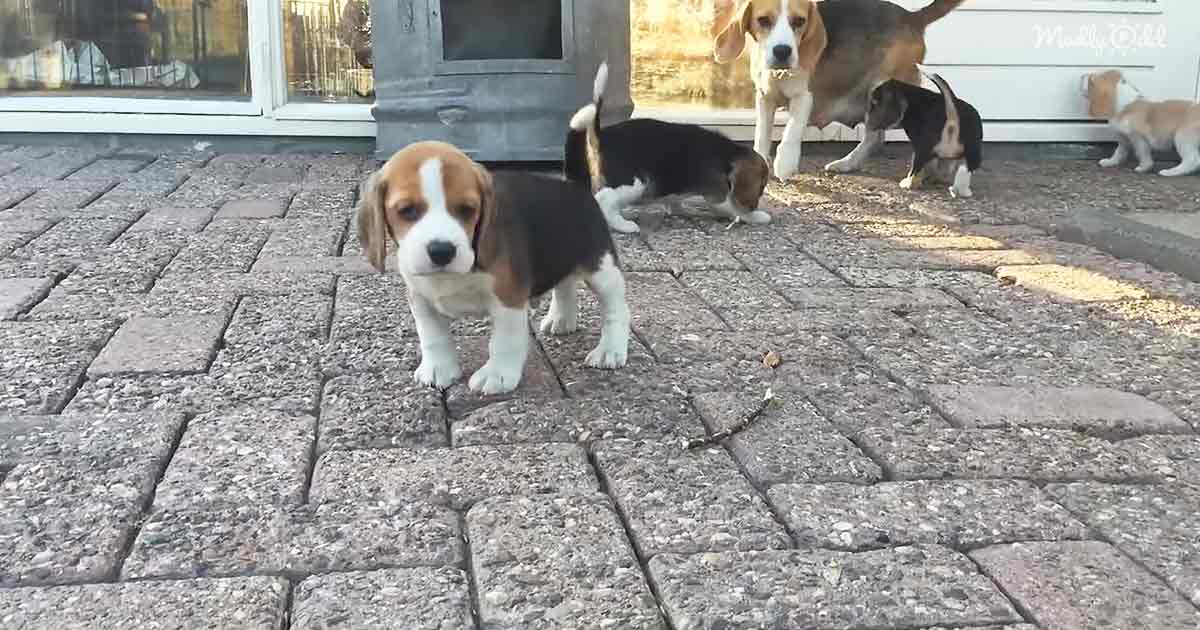 Beagles love nothing more than smelling, and their noses are constantly on the ground and getting distracted by a new thing. The mother Beagle followed them slowly.

Meanwhile, the puppies bit and chewed whatever they could manage to get their teeth on. If they could carry it, they took it with them. The puppies were learning to hunt and gather. 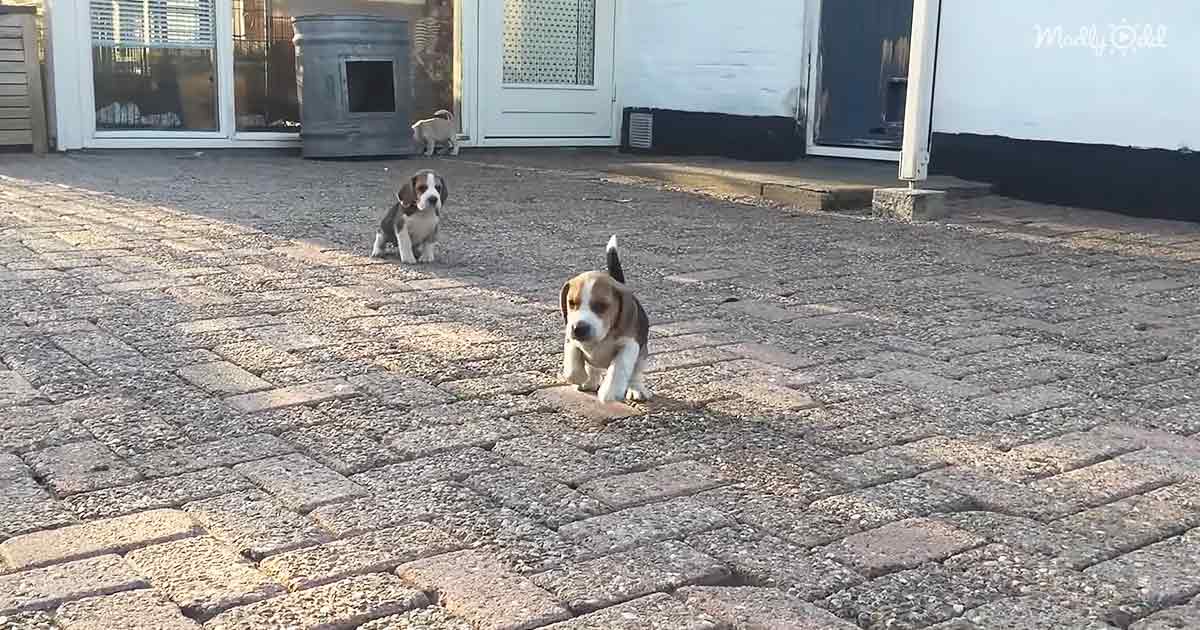 Toys were shown to them, and some of the puppies played with them before getting distracted by something else. Playful and excitable whines filled the air as the puppies had so much to stimulate them.

The puppies were the cutest troop ever, and sometimes they would march together in a line. They had a great first time playing outside.