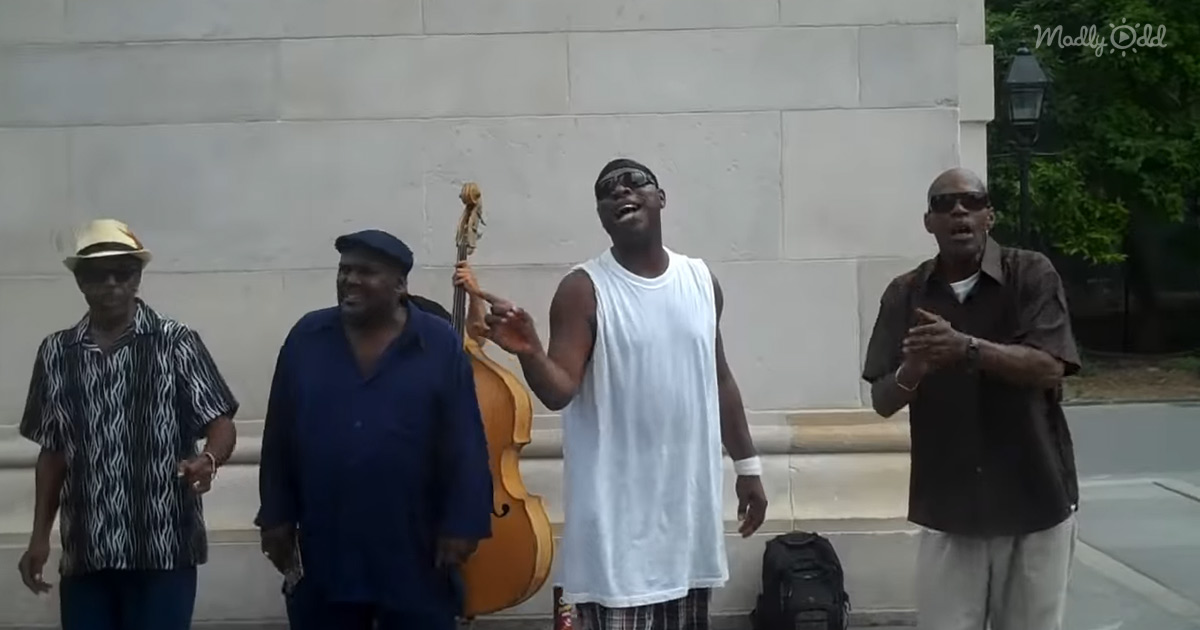 In NYC and other big cities, walking down the street and happening upon an assortment of anonymous street performers is a fairly familiar sight. Stumbling upon a nationally renowned a cappella group performing Disney show tunes in the middle of Washington Square Park would be a less common sight, so you might think.

One of the best things about New York City is the overflowing amount of creative talent and art. And that’s exactly what Acapella Soul, one of today’s most in-demand a cappella/doo-wop groups, is showcasing with their rendition of the Disney fan-favorite, ‘The Lion Sleeps Tonight.’

Supported by an intricate arrangement of doo-wop harmonies, upright bass, and counter backing vocals, the lead singer’s voice in this video soars above the hustle and bustle of the city, attracting an instant crowd of onlookers and stopping passerby in their tracks.

Not surprisingly, each member of Acapella Soul has more than 10-20 years of experience. Though they got their start busking on the streets and subways, they now can be found performing at a multitude of private events, including those of celebrities such as Uma Thurman and Richard Gere. However, though their fame has spread, they continue to be true to their humble roots, and can still be found busking around NYC today.