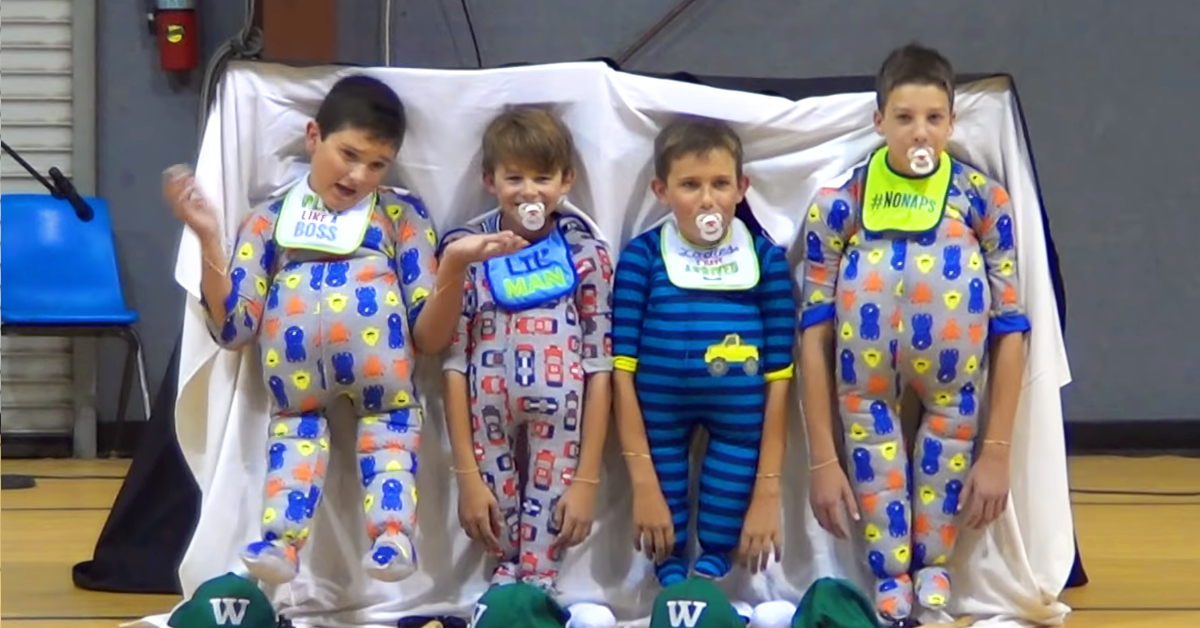 Who remembers school talent shows? Those were the best of times!

Whether you were sitting in the audience watching or maybe even performing in the show itself, we can’t help but look back and remember how much fun we had.

Indeed, school talent shows are timeless treasures and the kids at the New Braunfels Christian Academy know exactly how we feel. When they decided to put on a talent show, one act stood out and went viral. This group of 5th graders was the highlight of the show.

Before the show starts, the boys disappear under a big black cloth. Then the curtain is raised and the antics begin…

Together, the boys devised fancy puppet-like outfits that made them look like babies outfitted in their bibs and onesies. Then as the music starts, the boys jump right into their hilarious routine. 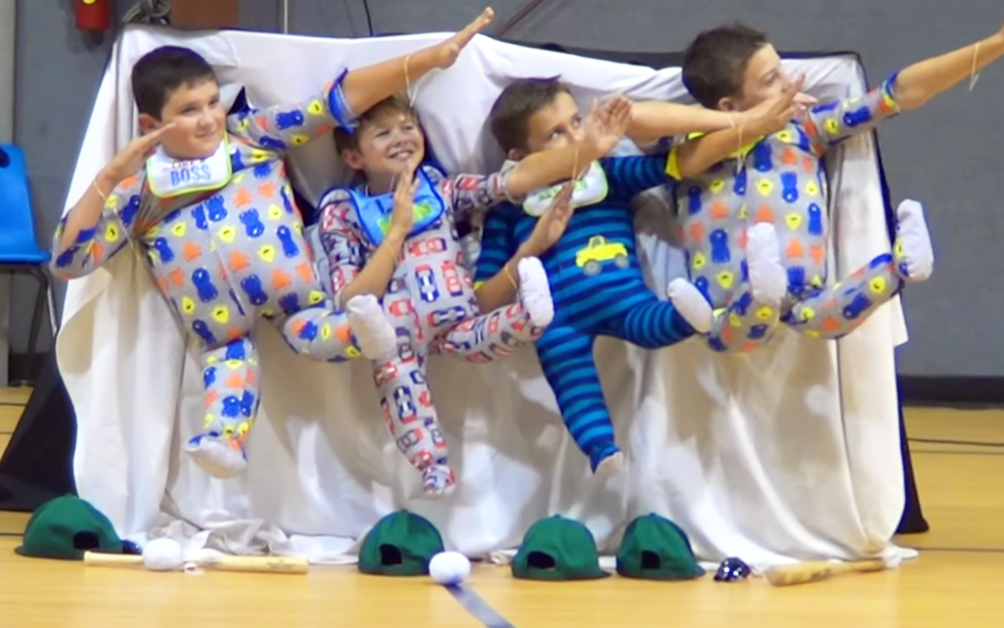 You have to give these guys points for the choreography and coordination. Seriously. All the time the spent practicing for their performance paid off in giggles and laughs times ten. 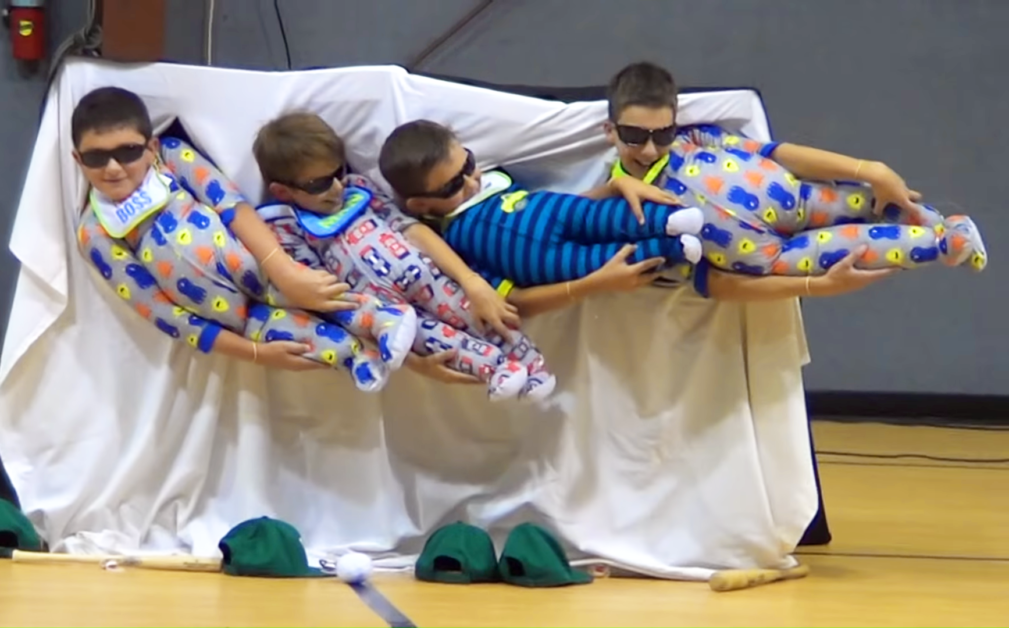 Their inventive routine has everyone rolling on the floor with laughter. You can only imagine these boys are probably the talk of the school. Super talented and they’ve got a good sense of humor, too!

Now watch their talent show performance that went viral and enjoy — and pass this along to a friend so they can laugh with you. Share and enjoy! 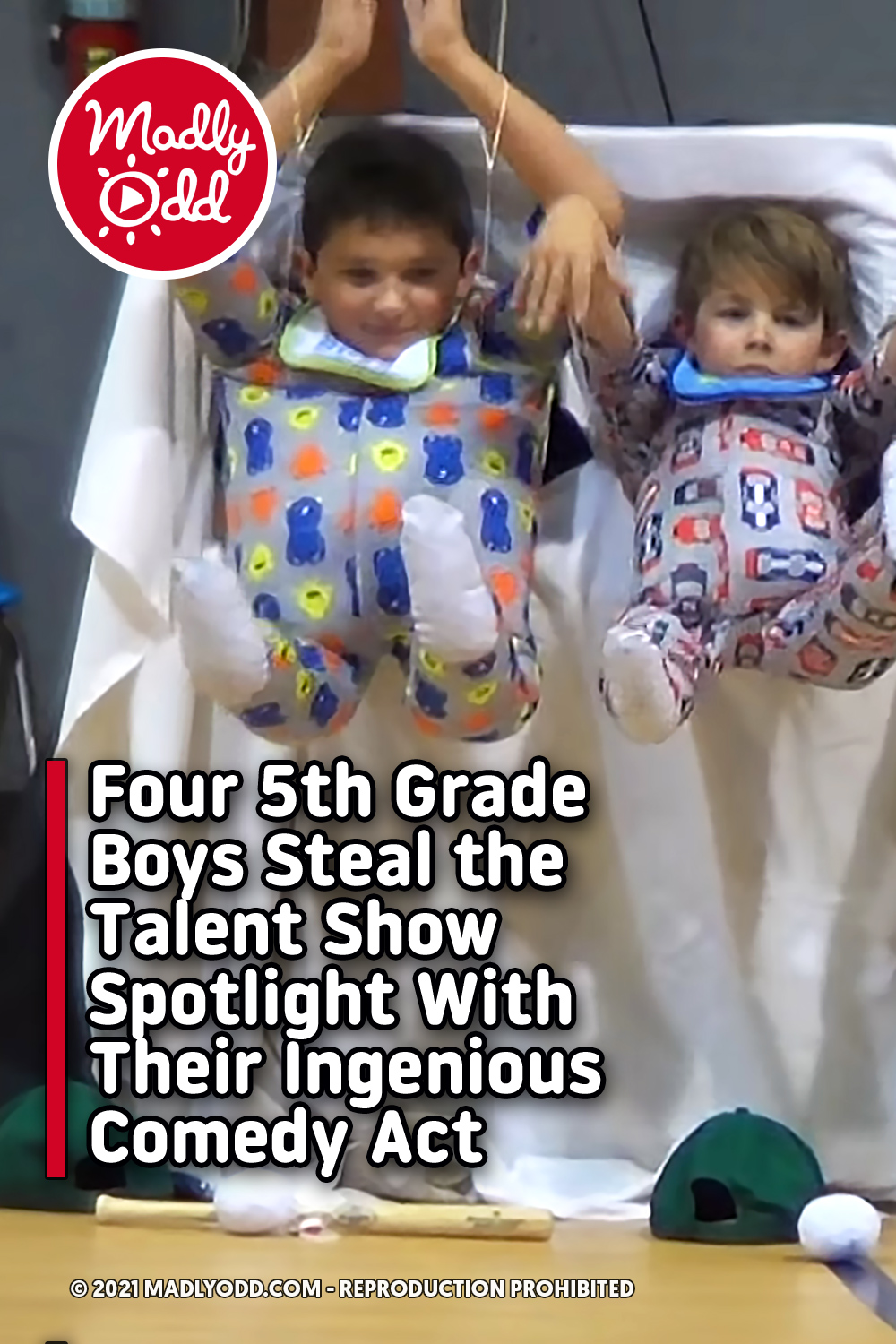