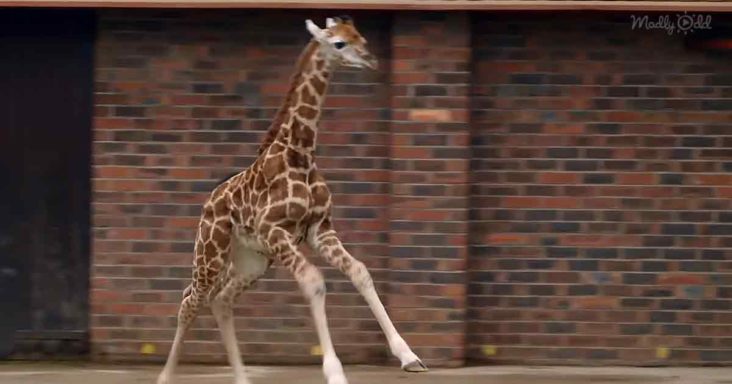 Baby Murchison was a young, touch-shy Rothschild’s giraffe baby living at the Chester Zoo. The 6.5 feet little giraffe was skeptical and did not want to explore the new environment around him. 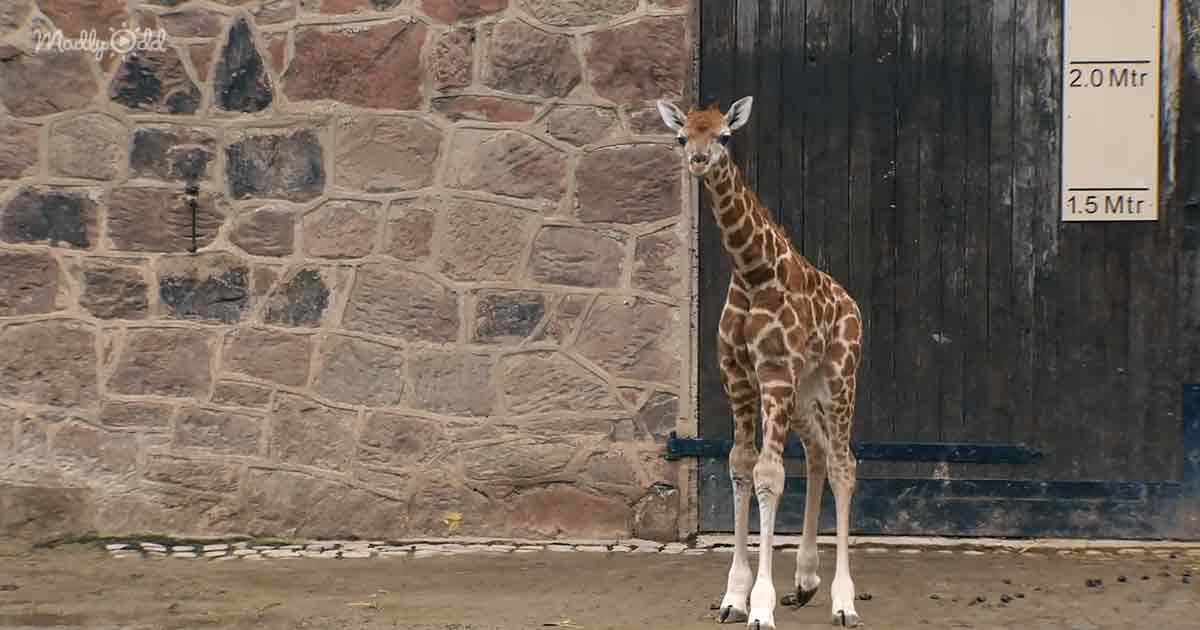 Recently, he had plenty of chances to go outside in the enclosure, which was meant for the giraffes. But it seemed he still did not fancy the idea. So the slightly anxious zookeepers gave Murchison some time to adjust to his new surroundings.

Most baby giraffes go straight out, but this little one did not intend to do so. Instead, the keepers wanted the little one to roam around in their enclosure, as it became easier for them to clean their nursery. 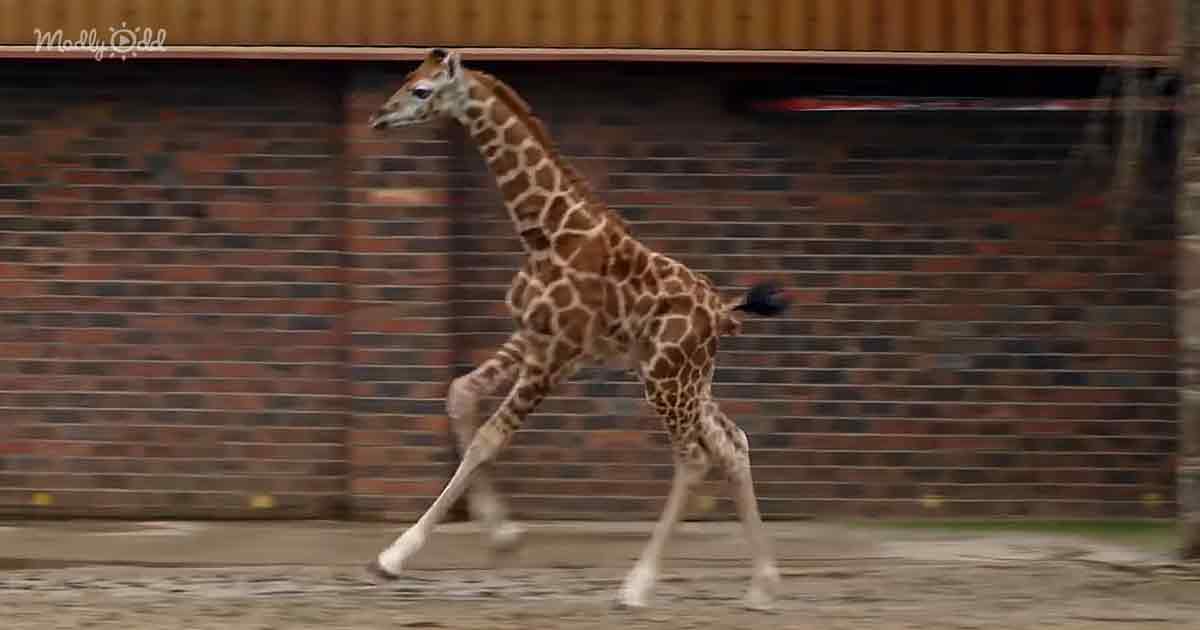 The zookeepers felt that Murchison had created an invisible line and just did not want to cross it. Finally, the giraffe baby gathered some courage to come up to the nursery door one fine day but then backed off a bit.

However, when the shy giraffe baby found her mom walking outside, the little creature gathered all his courage and followed her. The need to follow his mom was probably more substantial than his fear of something new. 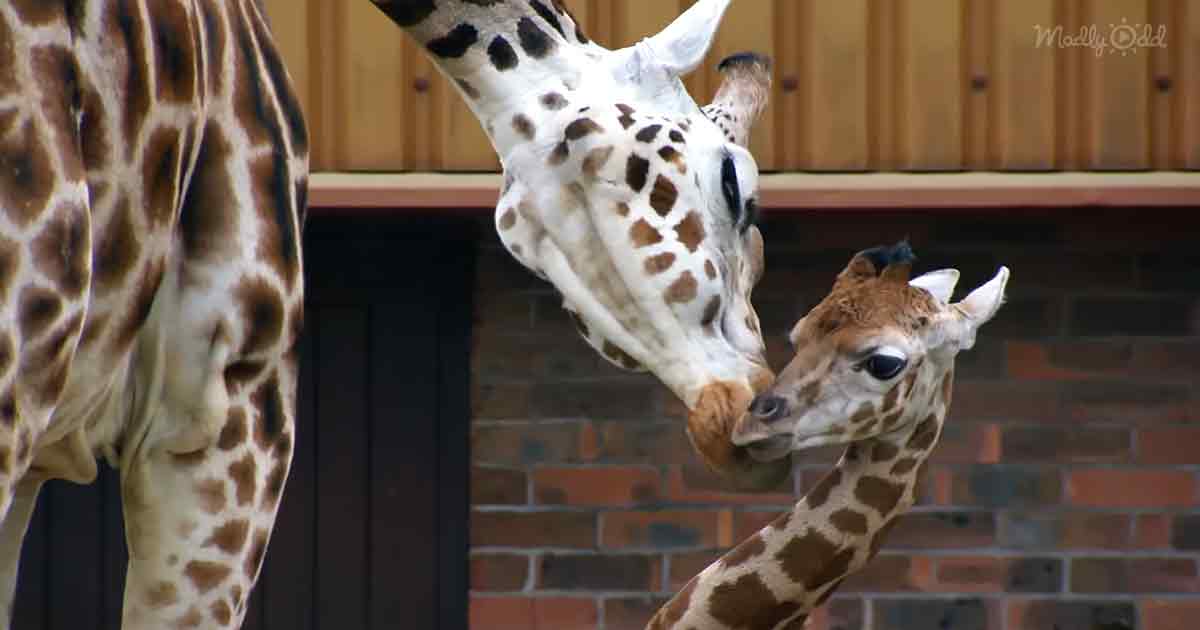 The zookeepers were excited to see the young giraffe following his mother while the mother groomed him. However, when the tiny giraffe baby walked outside for the first time, the zookeepers were also very tense.

The zookeepers monitored every movement Murchison made as they thought that the baby might fall and get hurt. However, the little one made significant progress. The tall giraffe baby ran around with his brand-new legs flailing. Murchison going out into the enclosure and enjoying running was an outstanding achievement for all the zookeepers at the Chester Zoo.