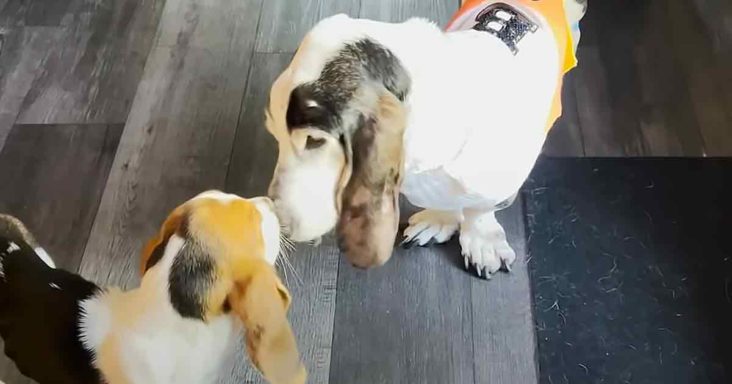 When Ashleigh brought Beignet home, she was just a skeleton. Beignet was a rescued senior dog. The foster mom was really not ready to take in another dog. At first, she was skeptical because of her 6-month-old Basset Hound puppy, Beefy. 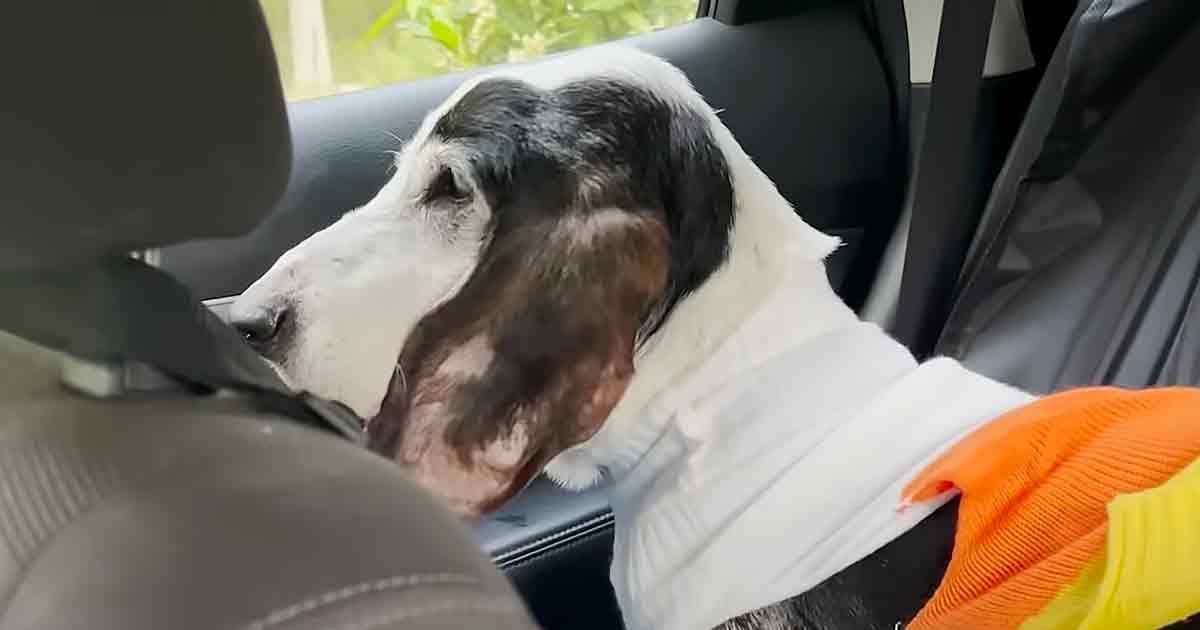 She was concerned about how a 15-year-old Basset would interact with a Basset puppy. However, she knew she could help her. Ashleigh could tell that the dog was neglected because she was so starved and emaciated that she could barely walk.

Beefy would just be there on top of her, right where she was. He would immediately get glued to her side. Even though Beignet was blind and deaf, she recognized Beefy. Ashleigh believed Beefy helped Beignet find herself again. 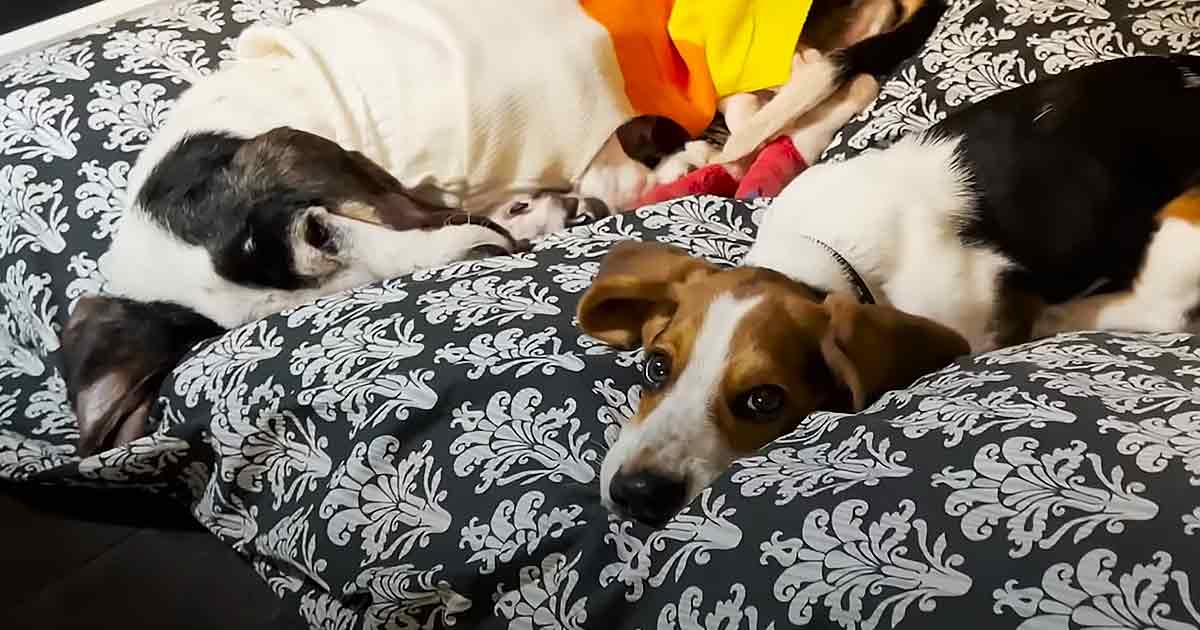 Beefy gave Beignet motivation to try. Even the foster mom believed that one day, Beignet would walk again. So the first significant milestone for Ashleigh was to get the senior dog to walk and stand up.

They would go for long walks, and Ashleigh kept holding her by a support string to help her walk. Secondly, she wanted her to gain weight but at a steady pace. Beignet’s weight increased, and she got really filled out. 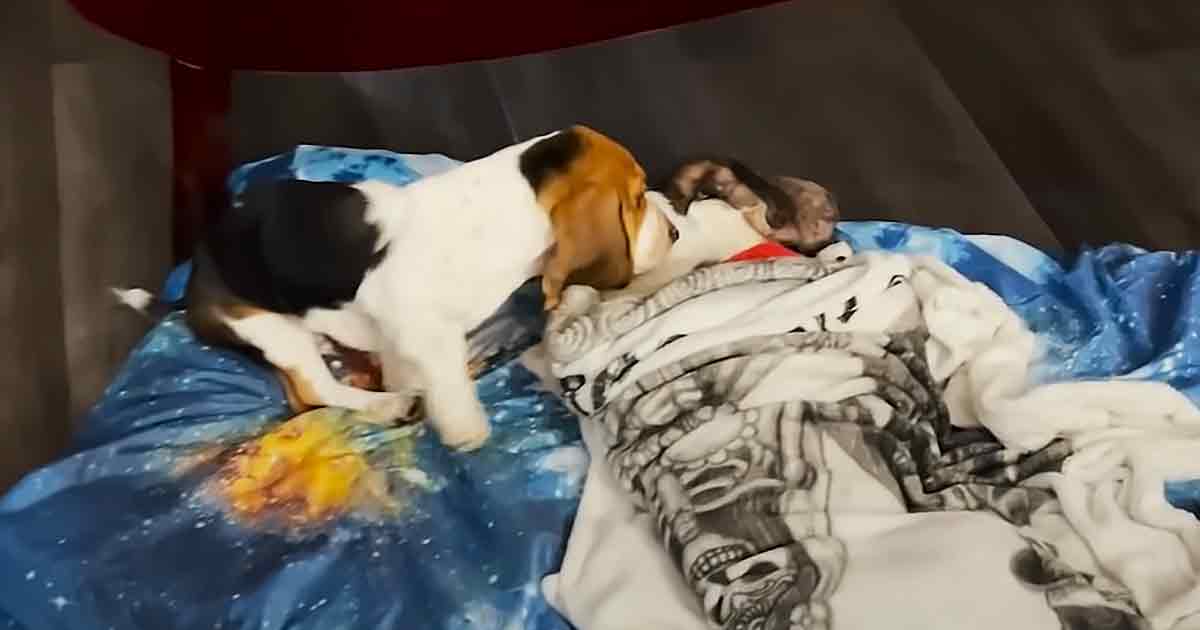 Beefy was always by Beignet’s side, helping and motivating her. Beignet knew that now she had a companion and brother who looked up to her. He would just be standing right beside her, wagging his tail with her.

Ashleigh believed age did not matter. It is just the way animals or humans interact and love each other. In the beginning, the foster mom thought that Beignet would be a hospice case. However, now she was happy that the senior dog had started to walk again. So Ashleigh adopted Beignet as she had become her best friend. Beignet & Beefy loved to go outside together and were inseparable.