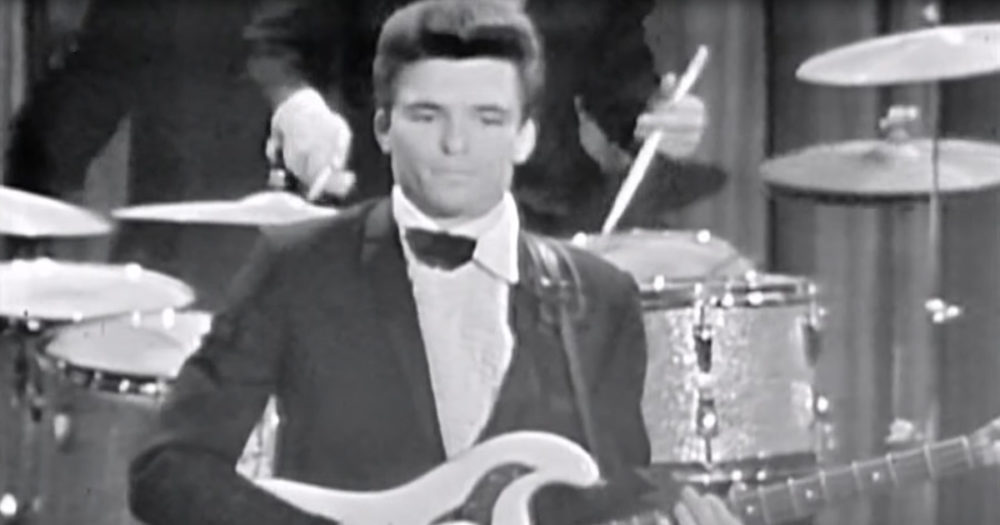 “Apache” was released in 1960, and within a month, it went on to top the UK Singles Chart for five weeks running. The epic instrumental is classed by musicians and fans to be one of the greatest guitar tracks ever written.

Cliff Richard and The Shadows were a massive success in and around Belgium. Their European fan base grew consistently, with “Apache” hitting third on the local charts.

The band playing on stage with perfect synchronicity between their sounds, movement, and grand presence as a single unit on stage is nothing short of astounding. What a legendary band.