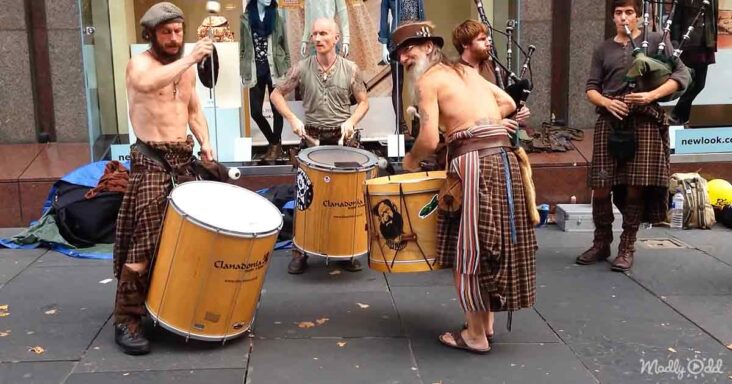 The video begins in front of a clothing store, with seven men standing on the road. Five of the men have large drums of varying sizes attached to their waists; the last two men are holding bagpipes. 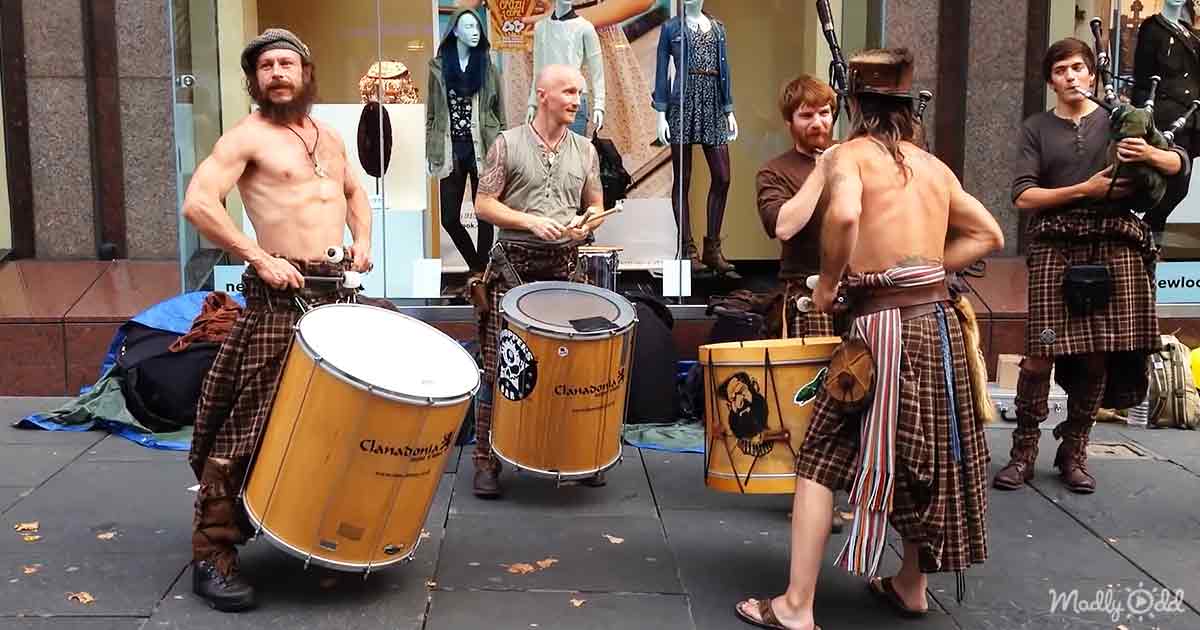 We can hear the low note of a bagpipe sustaining in the background before the second bagpipe comes in a few octaves higher. The lead drummer, who’s standing in the middle of the group, raises his arms.

He ensures that all the musicians are ready to play; with everyone prepared, he begins to play his drum. The other drummers come in from here, bouncing back and forth for the lead. 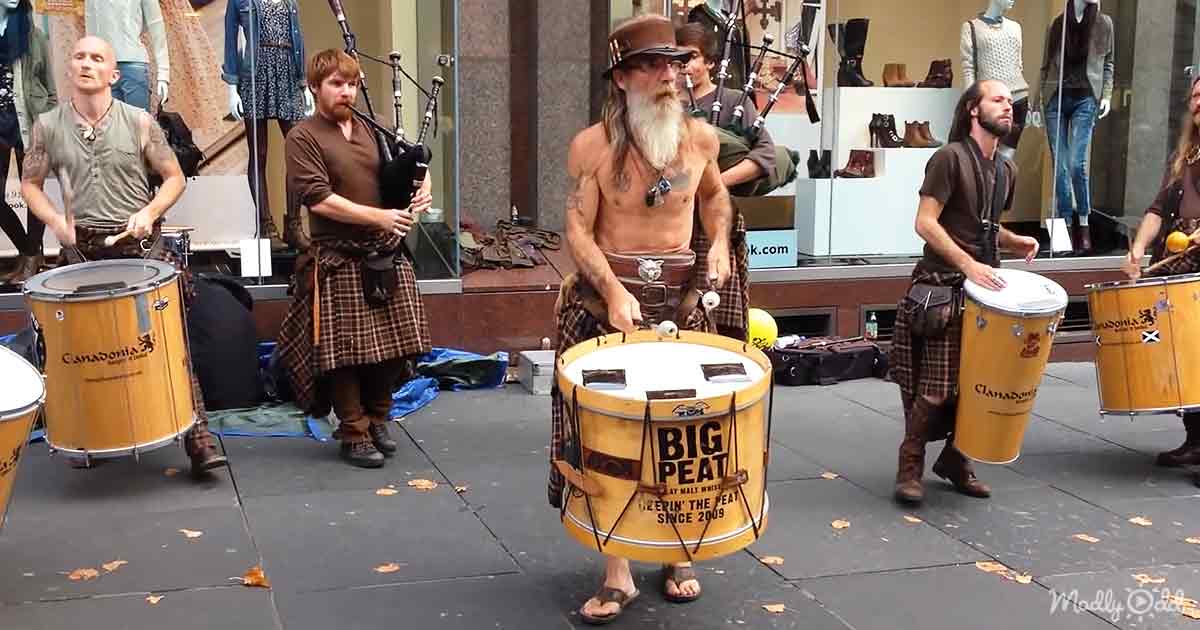 As the drumming pattern changes, so do the bagpipes, breaking into an upbeat melody. A woman wanders around in front of the group, most likely with CDs available for sale.

The drumming is very tribal but varies slightly, with each drummer playing their own unique pattern. Most of the drums are being played with mallets, but one man plays a hand drum. 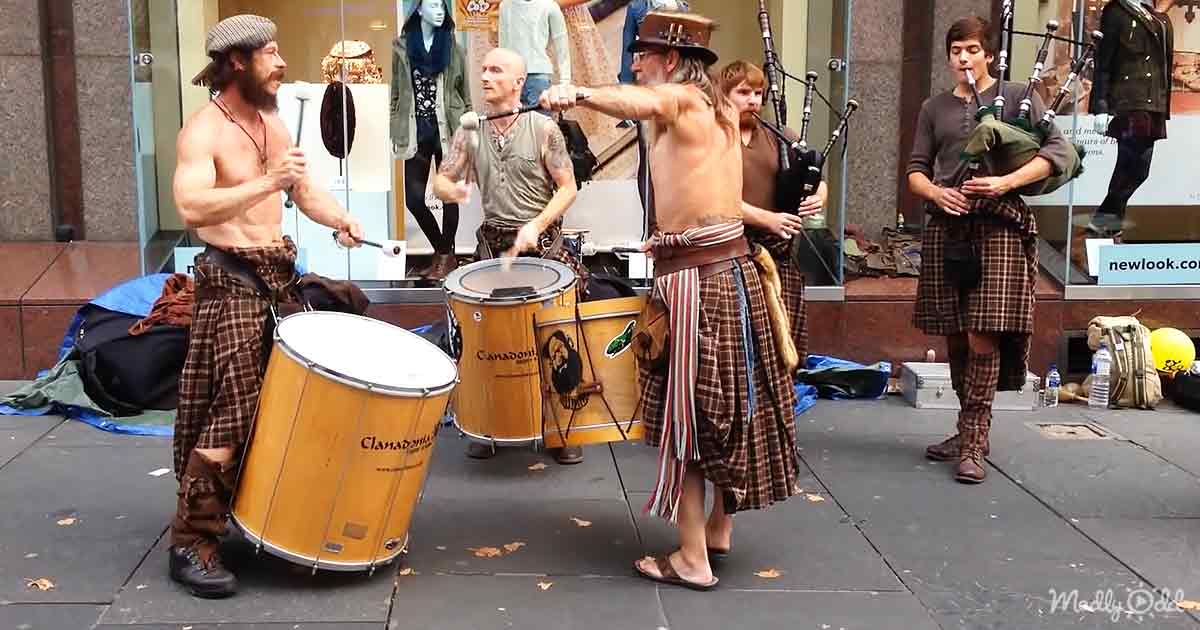 As a whole, this group is impressive: they are not only in perfect sync but genuinely seem to be enjoying the music that they’re playing. The central drummer bounces around on his feet, seeming to connect with each musician as he goes.

The song’s end grows near, and the group begins advancing towards the camera. As the song ends, one drummer smiles into the camera as he plays the last beat. This type of music isn’t very common these days. Still, if this group proves anything, it’s that there is undoubtedly value in old-time traditions! 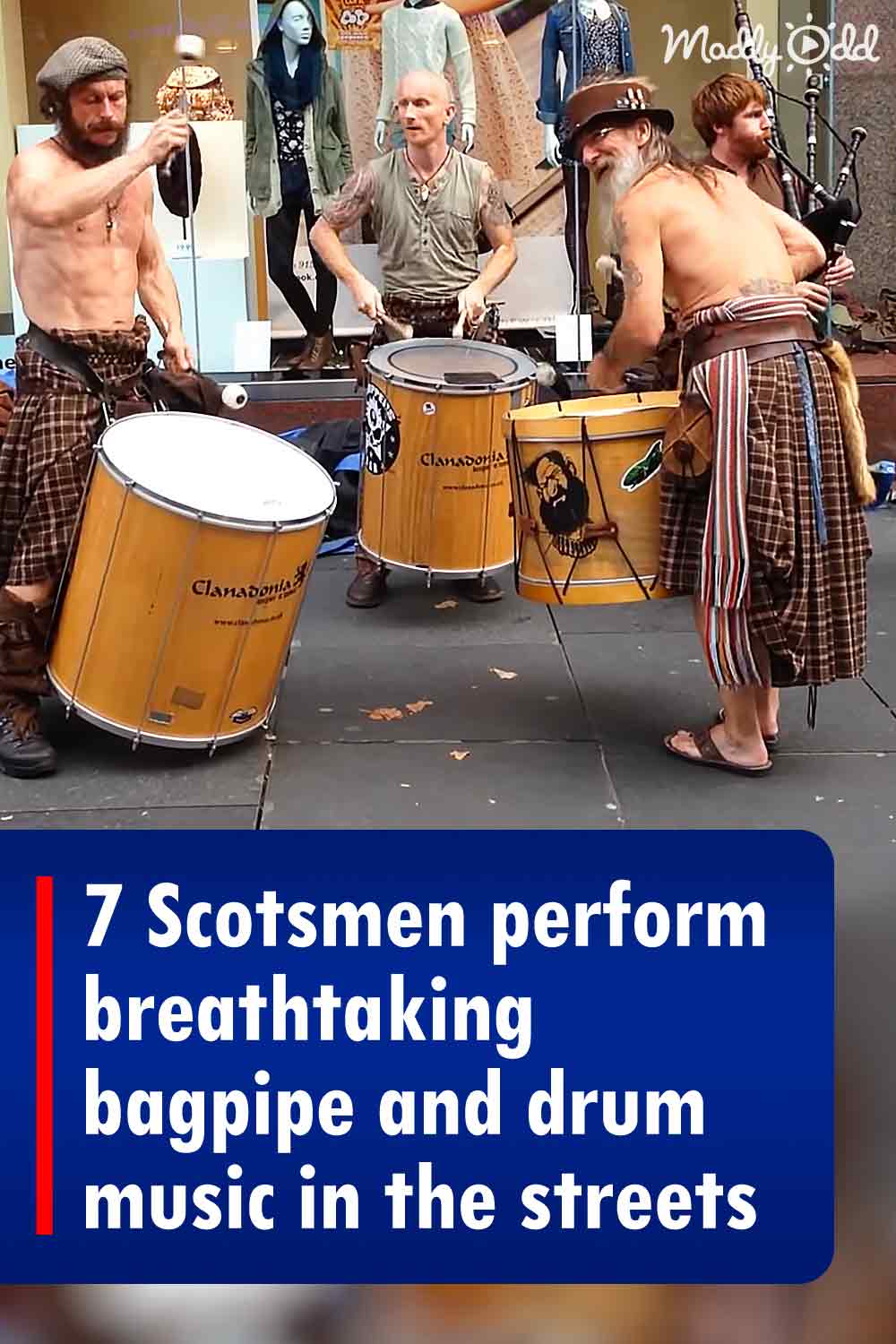