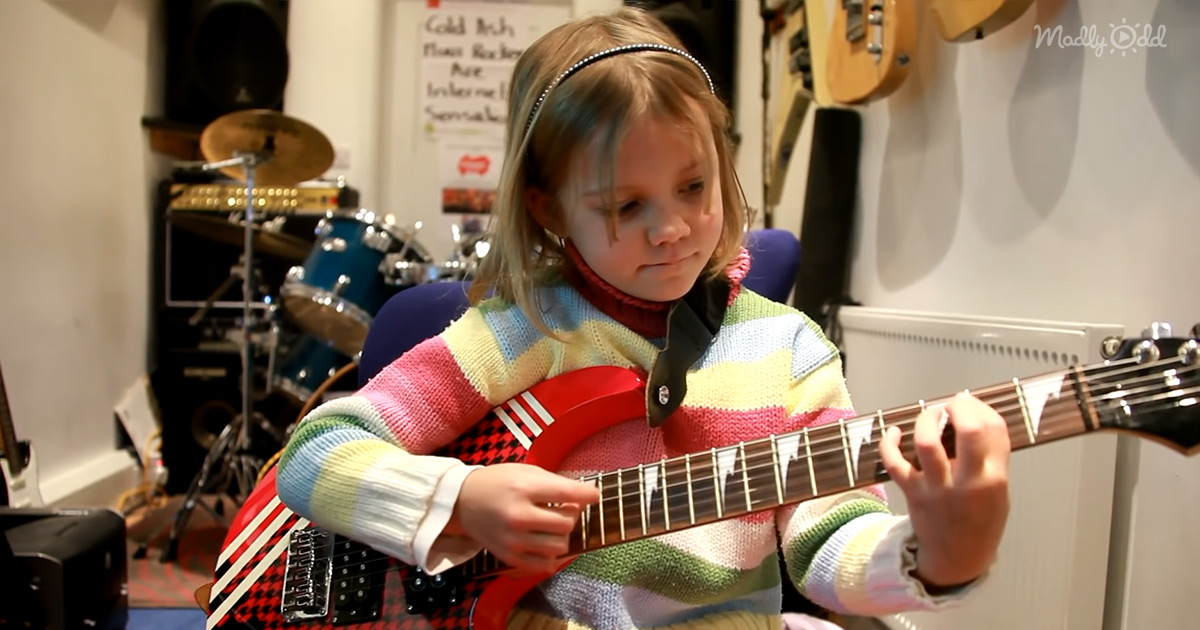 When people think of “Sweet Child O’ Mine,” the first thing that usually pops into their minds is Slash’s shredder guitar solo, one of the most famed solos ever recorded. Though it takes most guitar players years to reach that level of playing, this 7-year old proves that that’s not always the case.

The famous hard rock anthem “Sweet Child O’ Mine,” released by Guns N’ Roses back in 1987, was actually a love song written by lead singer Axl Rose to his girlfriend of the time. However, even more iconic than Rose’s heartfelt lyrics, is Slash’s incredible guitar solo towards the end of the tune.

Not one to be intimated by greatness, 7-year old Zoe Thomson tackles this world-renowned tune for herself in a viral video from 2010 after only having played the instrument for two years, gaining the respect of original rock icon Slash himself and from the members of legendary heavy metal group Metallica.

After seeing Zoe’s fingers flow effortlessly over the strings, it’s not hard to believe that now, as a 15-year old, Zoe has played live at a range of venues around the UK, and has even been featured on television shows for her incredible playing. You can find more stunning covers and singing videos on her youtube channel.