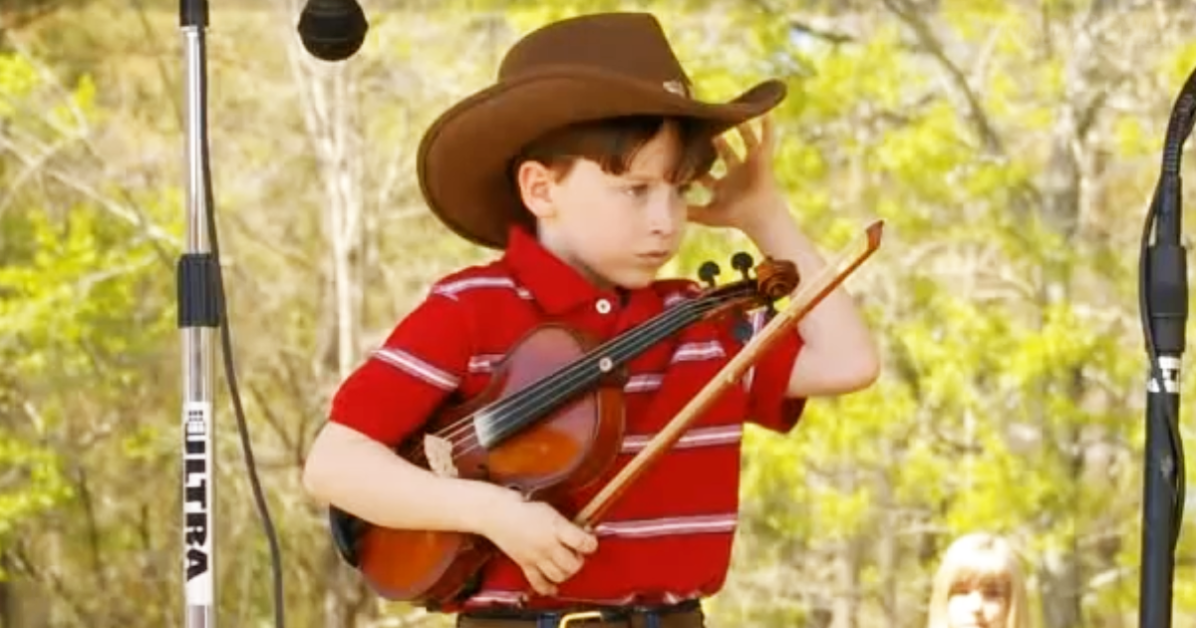 You need to watch this incredible fiddle performance presented by this 7-year-old boy at a fair. According to the posting dates, this little fiddler player had only been playing for three years at this point! Even though we don’t know his name, it’s undeniable that this little guy put on an impressive performance.

The adorable mini fiddler steps up to the microphone and adjusts his giant cowboy hat. He introduces the first of his two songs: “I Don’t Love Nobody,” a popular fiddle tune popularized by Dick Barrett. With only a single strum from an accompanying guitar as an introduction, he jumps right in. 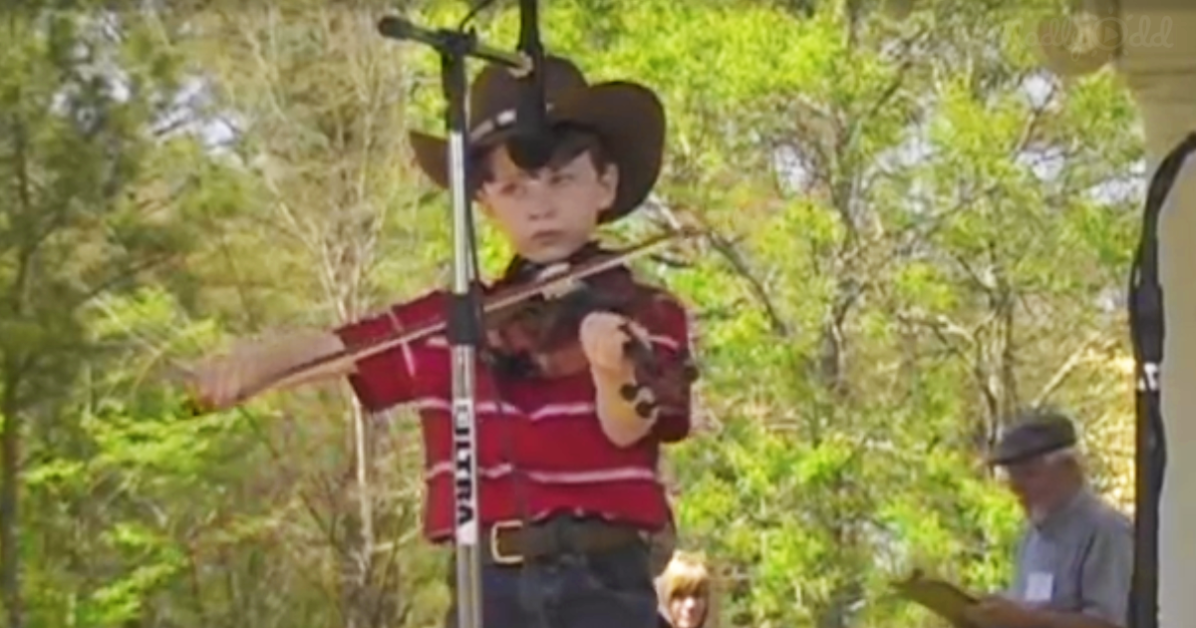 The young boy has a crisp, clear tone as he navigates all the difficult notes of this quick, toe-tapping song. You can see some of the spectators in the background dancing along as his fingers fly across the strings. He even throws in some double stops during this fast-paced number (two strings played at the same time – very difficult to do properly).

Some people in the crowd begin to clap along and cheer as he finishes. He completes the song with surprisingly excellent pitch, without any clearly discernable mistakes. Impressive! 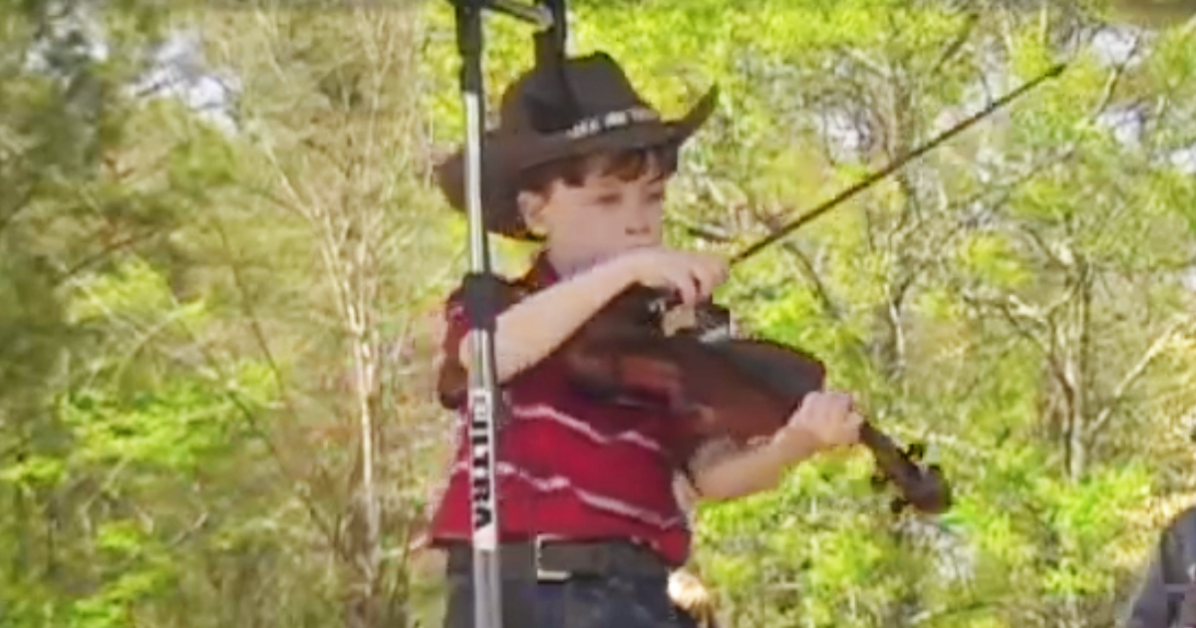 Without a hitch, the little cowboy adjusts his hat again and speaks to someone off stage. Then he announces that the next song he’ll play is the “Kentucky Waltz.” This is a well-known tune that was written and recorded by legendary Bill Monroe. It was so popular that it is reached number one on the Country & Western Best Seller charts in 1946.

The 7-year-old’s interpretation of this waltz was so heartfelt that it could bring you to tears. Slowly and emotionally, he worked his way through this tune that made you want to pull someone you love close and waltz along. Even though this video doesn’t show the audience in front of him, it wouldn’t be surprising if some people in the audience actually were.

As he finishes, the crowd cheers and whistles. Way to go Contestant #8! He won first place in the contest! Since this video was recorded in 2009, it would be interesting to see how far he’s come since then.

If you were impressed by this little fiddler’s toe-tapping performance, please share this video with your friends.