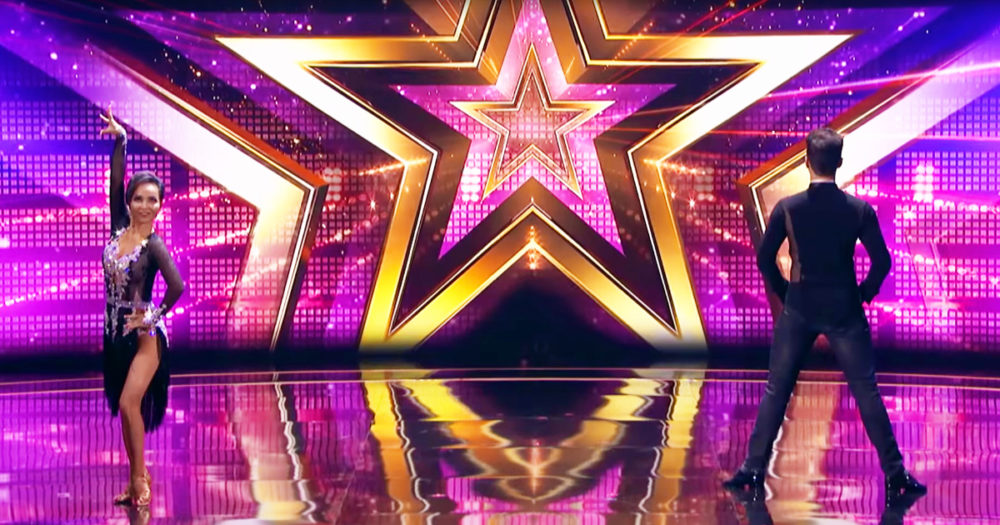 71-year-old Quin and her dancing partner, Misha, delivered a dazzling display of spins, lifts, and breathtaking moves earning them the coveted Golden Buzzer on America’s Got Talent.

The judges were gobsmacked by the performance. Simon Cowell, Heidi Klum, Mel B, Howie Mandel, along with country music legend and guest Martina McBride.

“The best part about you guys is your personality. Every time you come on, you light up the stage,” judge Simon Cowell said. “I love watching you guys,” Klum said.

The country music legend who awarded the Golden Buzzer to the dancing duo said quite simply, “Wow! You know you say you want to inspire people of a certain age, but you inspired everybody of all ages,” McBride marveled. “It was truly a remarkable performance… it just really moved me.”

Then guest judge hit the coveted Golden Buzzer, sending a torrent of glittering confetti all over the stage while Quin fell to the stage floor in disbelief.

With the kind of performance you’re about to witness, you might think that this 71-year-old has been dancing her whole life, but no! She took it up at the young age of 60, just over a decade ago. That’s when she realized “dance was my dream”. She added,  “I want to show the world — hey listen, age doesn’t have to limit you.”

“There are so many people that just kind of give up at a certain point in life,” Judge McBride exlaimed. “I would really think that message is something that so many people can benefit from.”

ALSO FROM THIS EPISODE: Family band steals the show with emotional performance.