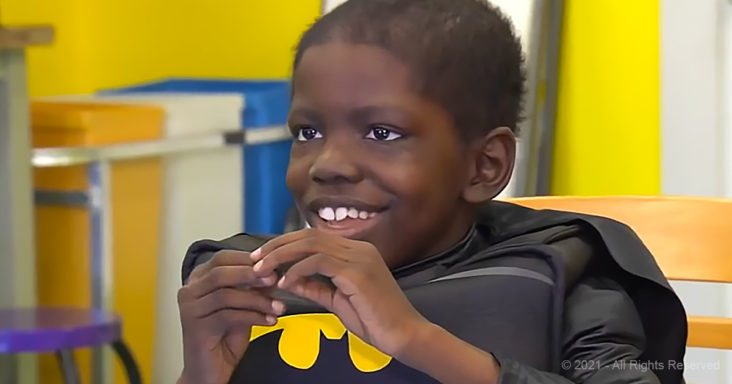 Get ready to meet a pint-sized fighter who’ll inspire you with his courageous battle against rare brain cancer.

Two years ago, 8-year-old Cameron Scott fell down the stairs. Accidents like this are par for the course for someone of his age. However, the fall left him with crippling back pain.

His parents took him to a physician to be treated for the injury. The doctor ordered an MRI. The test revealed that Cameron was suffering from medulloblastoma, an exceedingly rare brain cancer.

What’s more, the medical team saw that the young boy was in stage 4 of the disease, and it had spread to his spine. Cameron underwent four hours of surgery to remove the tumors. Afterward, he endured six months of chemotherapy and radiation.

St. Jude magnanimously covered all of Cameron’s medical expenses. The treatment worked, and Cameron and his family had fun on a well-deserved trip to the Legoland Florida Resort.

At the resort, Cameron wore a Batman costume, which is his favorite superhero. Cameron is now cancer-free, and his story is an inspiration for anybody who ever dreamed of defying the odds.