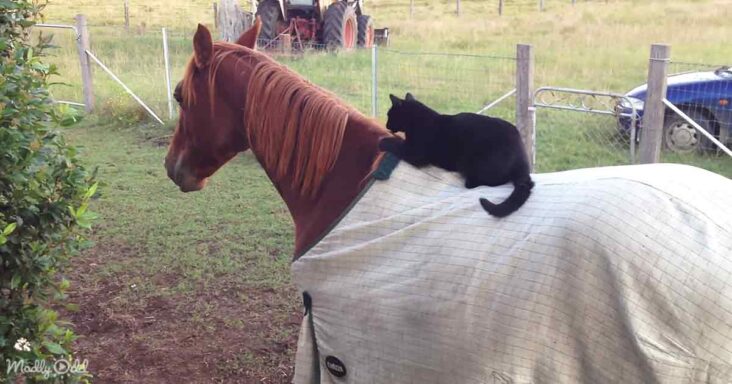 As you might already know, all good friends come in different shapes and sizes. However, cats and horses have a lot of similarities in their characters. So, it was not a surprise for Jennifer Boyle that her horse, Champy (1-year-old), had created such a beautiful bond with a rescue kitty, Morris (9-month-old). 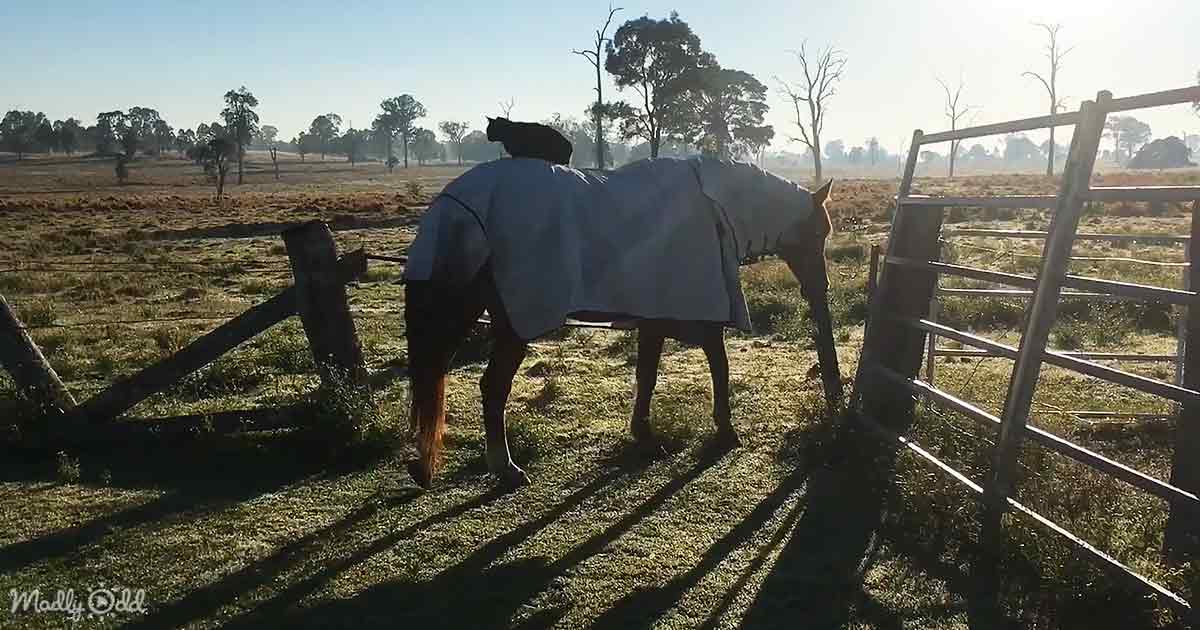 Jennifer had adopted Morris after she had visited an animal sanctuary. The beautiful black cat would continuously stare at her, not take his eyes off her. Finally, he selected Jennifer as his human. The friendly cat was glad to arrive at his home.

Champy immediately fell in love with his new cat friend. However, it took some time for Morris to get used to the vast horse being nice to him. However, Morris soon developed some adventurous spirit, and Jennifer found that her kitty obviously liked riding his favorite horse. 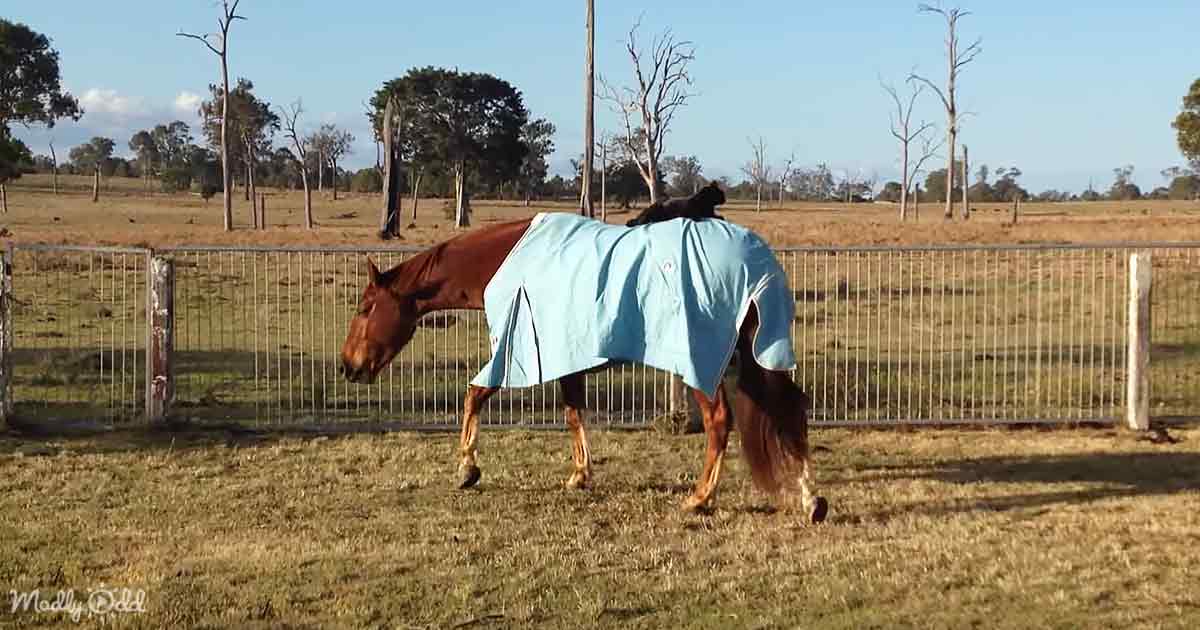 Champy was Morris’ first-ever friend. The owner was a bit skeptical at first about their friendship and kept an eye to make sure that the kitty was safe. However, a few days later, she found that Morris had hopped onto his friend’s back and was ready to go for a ride.

Morris was a sickly rescue cat and spent months in a cage before he was actually adopted by Jennifer. The owner was happy that her horse and the shelter kitty had become best friends. The adorable cat became the first one, or the only one, to ride Champy. 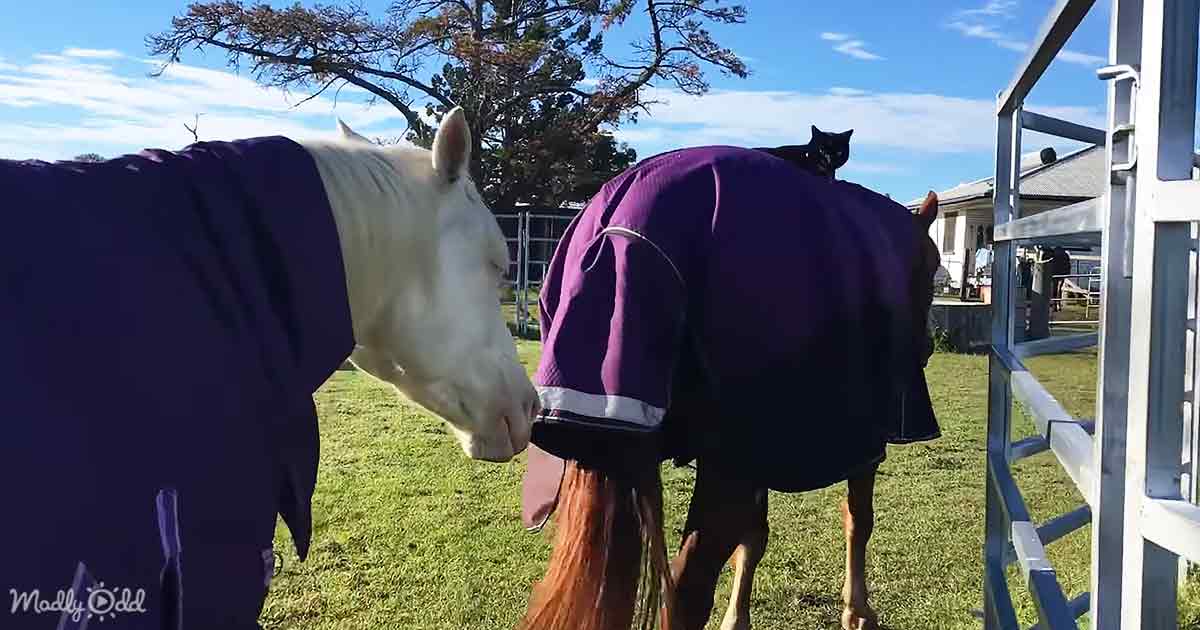 Often, Jennifer found all the other horses way down the other side of the paddock, and Champy would be hanging out with Morris somewhere else. So it was not just that Morris rode with his horse friend all the time, but they had all these activities together.

Jennifer just thought that they were funny. But she also felt that the two animals were so well connected. The owner found it hard to imagine one without the other. The once sickly cat, Morris, was so different now. He looked perfectly healthy and happy with his BFF. 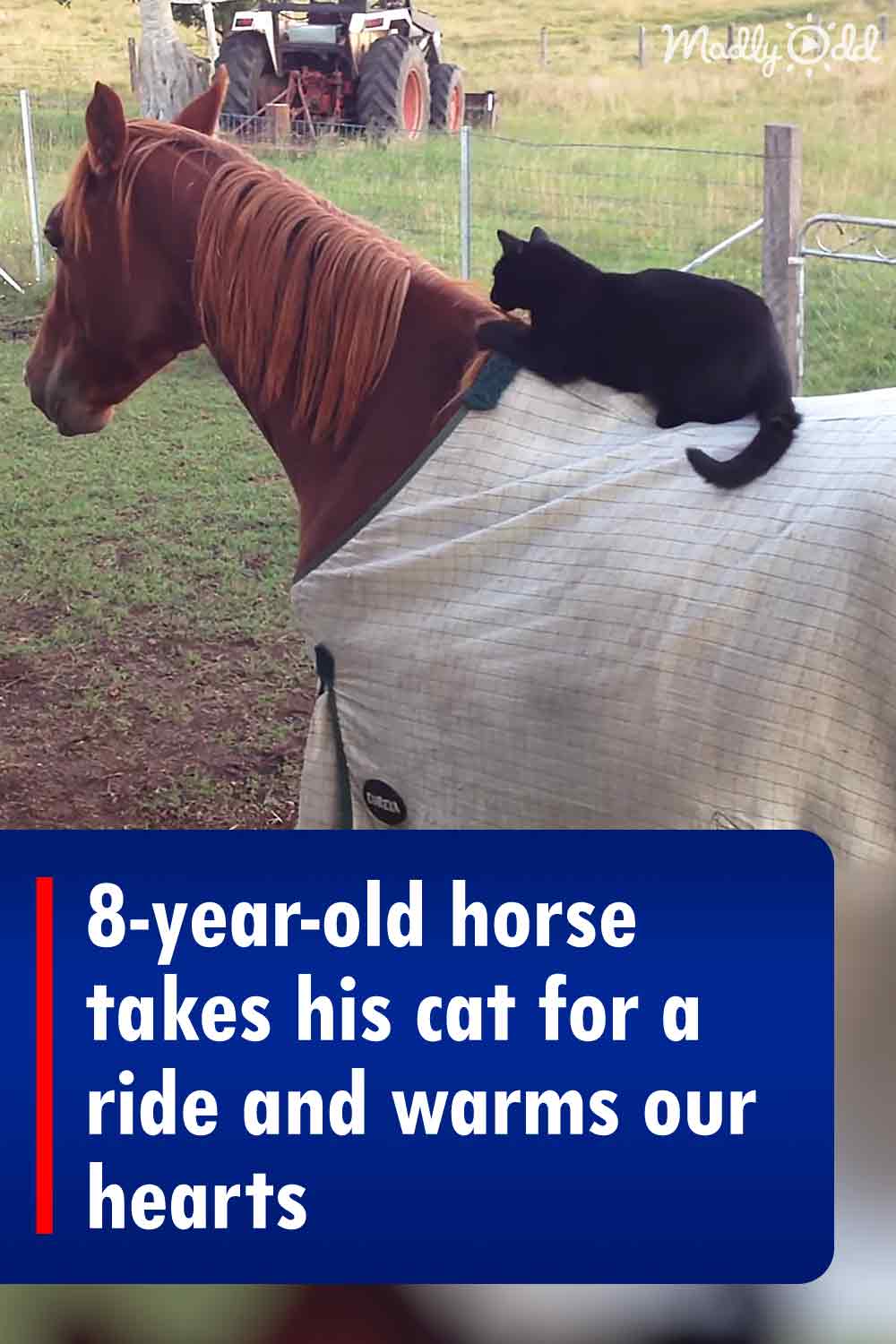