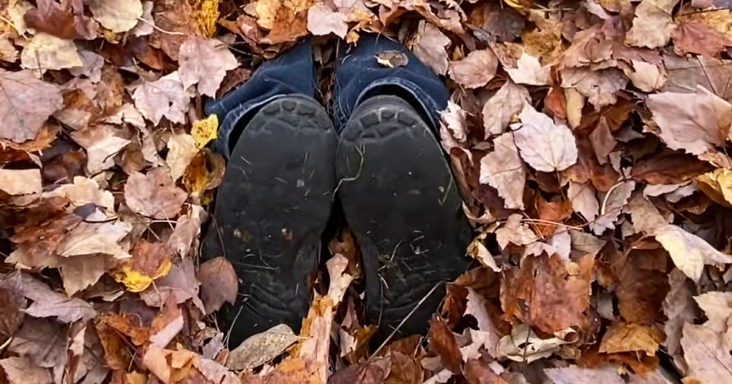 A hilarious video of a senior citizen doing something a toddler would do is stirring laughter worldwide. In the video, the 80-year-old is seen running and leaping into a pile of leaves, head first! 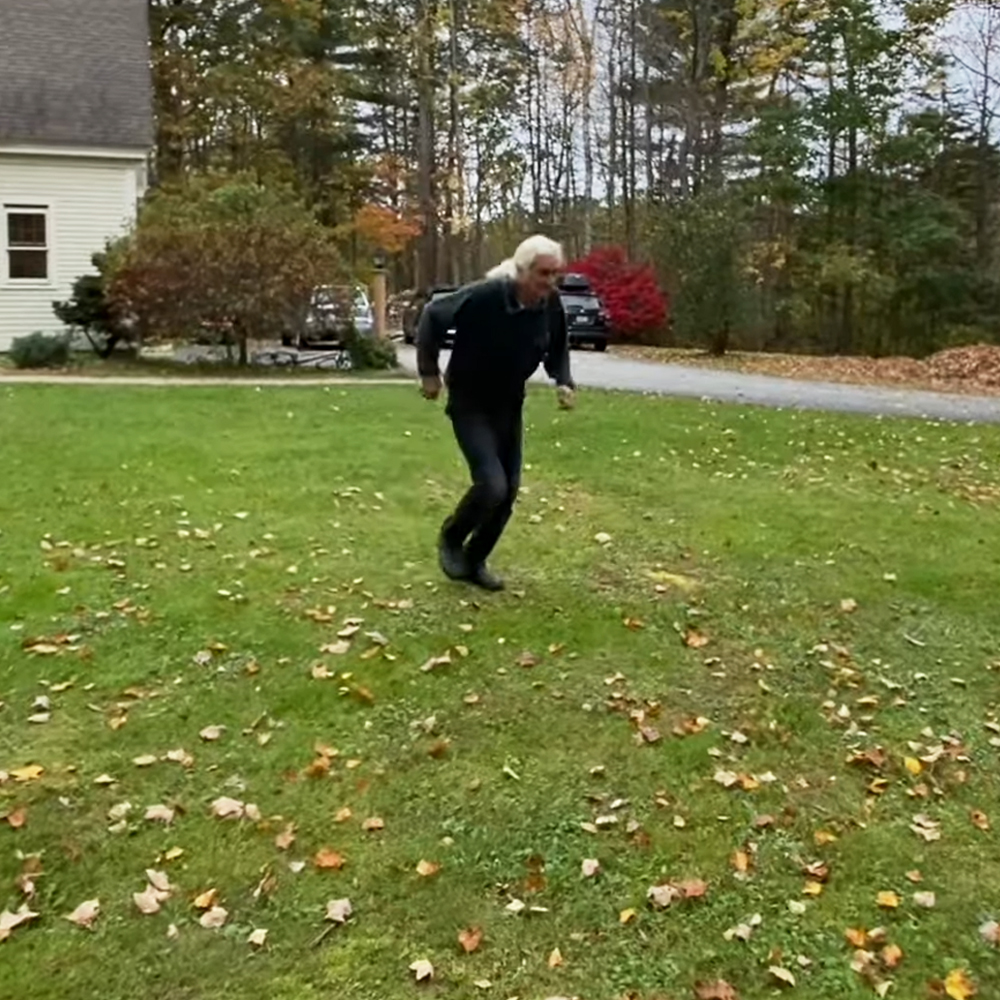 Filmed by his son on his 80th birthday, the video starts with the silver stallion taking a short run up on his front lawn. The man builds up speed, and as the camera follows, a massive heap of raked-up leaves reveals itself.

The grandpa leaps forward and jumps face-first into the leaves. His whole body disappears amongst the brown autumn leaves, and only his lower legs and shoes are sticking out. Suddenly, another unexpected event occurs. 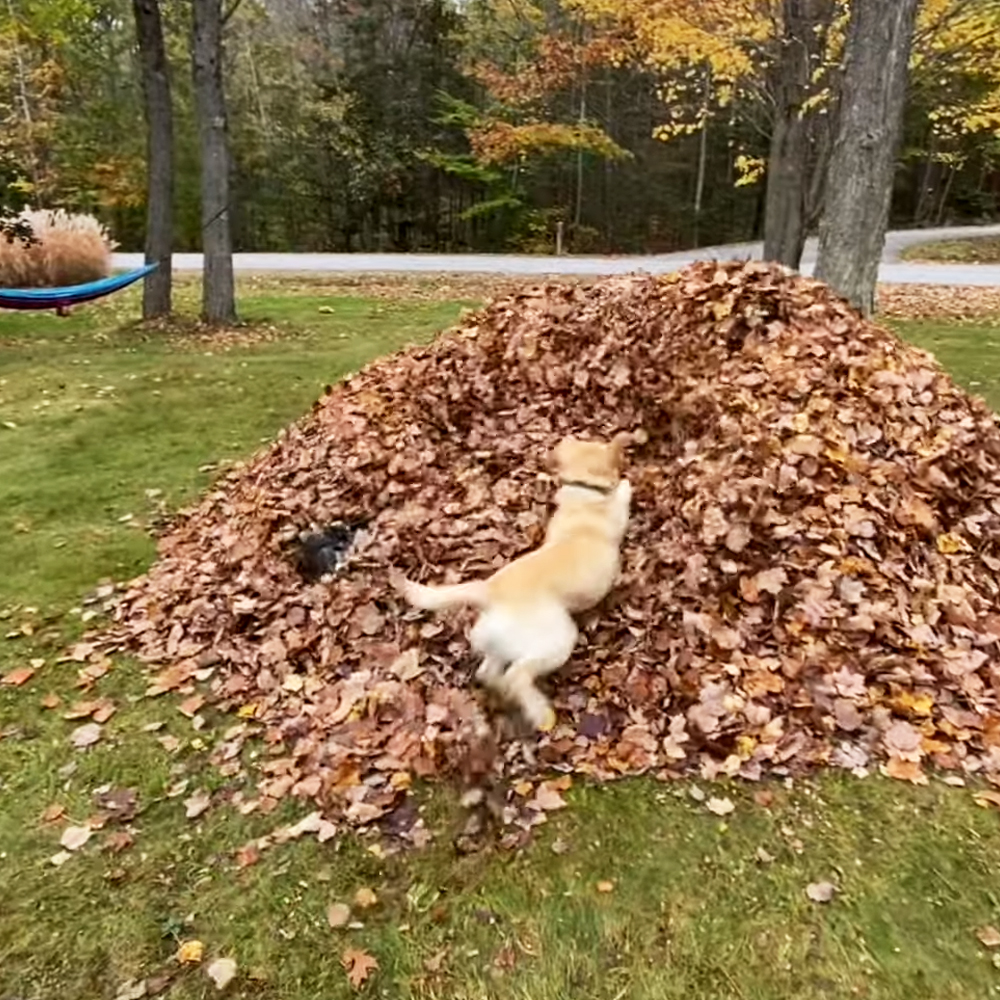 Two dogs are seen sprinting behind the senior man and follow suit, and they too leap and disappear amongst the leaves. At this point, it becomes too much for the son who is filming the events.

He bursts out in laughter and walks toward the pile of leaves. The senior man remains still in the leaves while the dogs excitedly start digging and searching for their grampa. 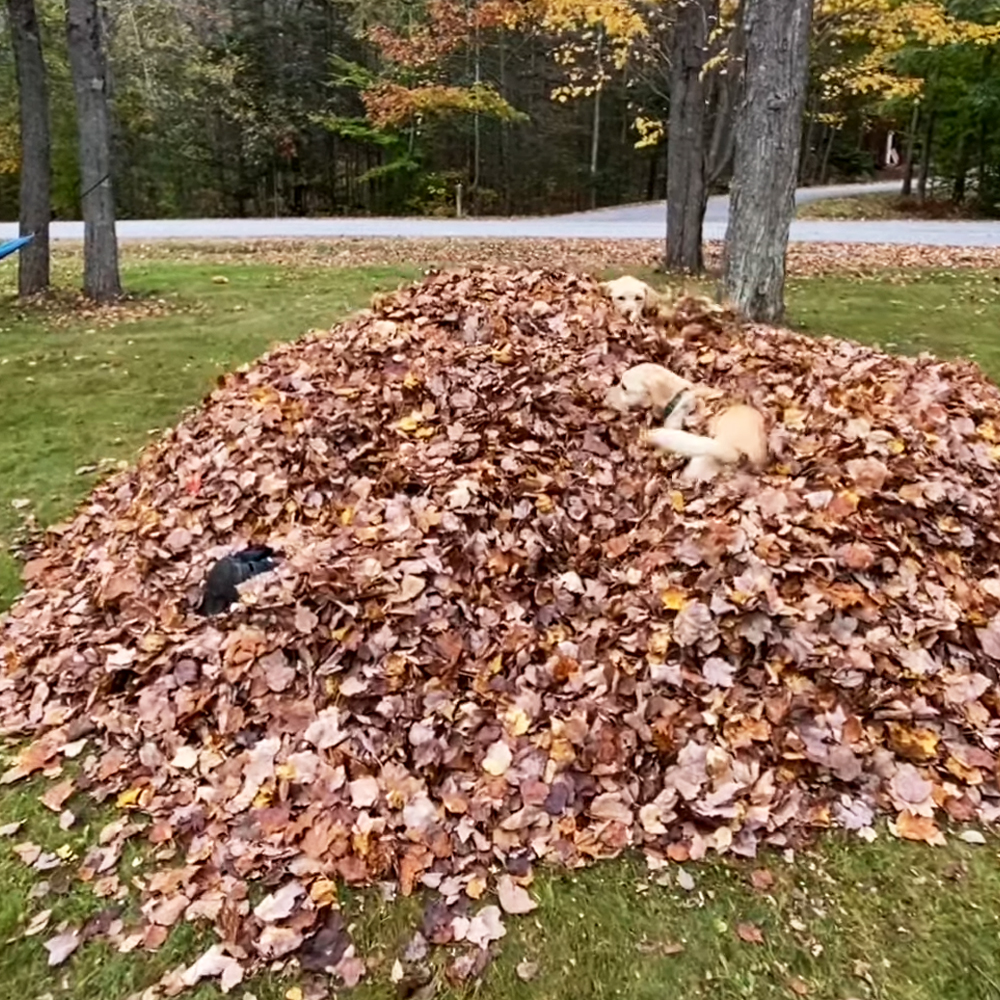 Viewers can’t seem to get enough of this random and rare video. It would’ve been funny to watch if it was anybody else doing this acrobatic stunt. But because it is an 80-year-old, it makes the video even more special.

One viewer couldn’t believe what he had just seen and posted a funny comment:’ 80 years old? He must be one of the Rolling Stones. This man is a legend! ‘The video is worth watching a couple of times and bound to lift the spirit of anybody watching it. 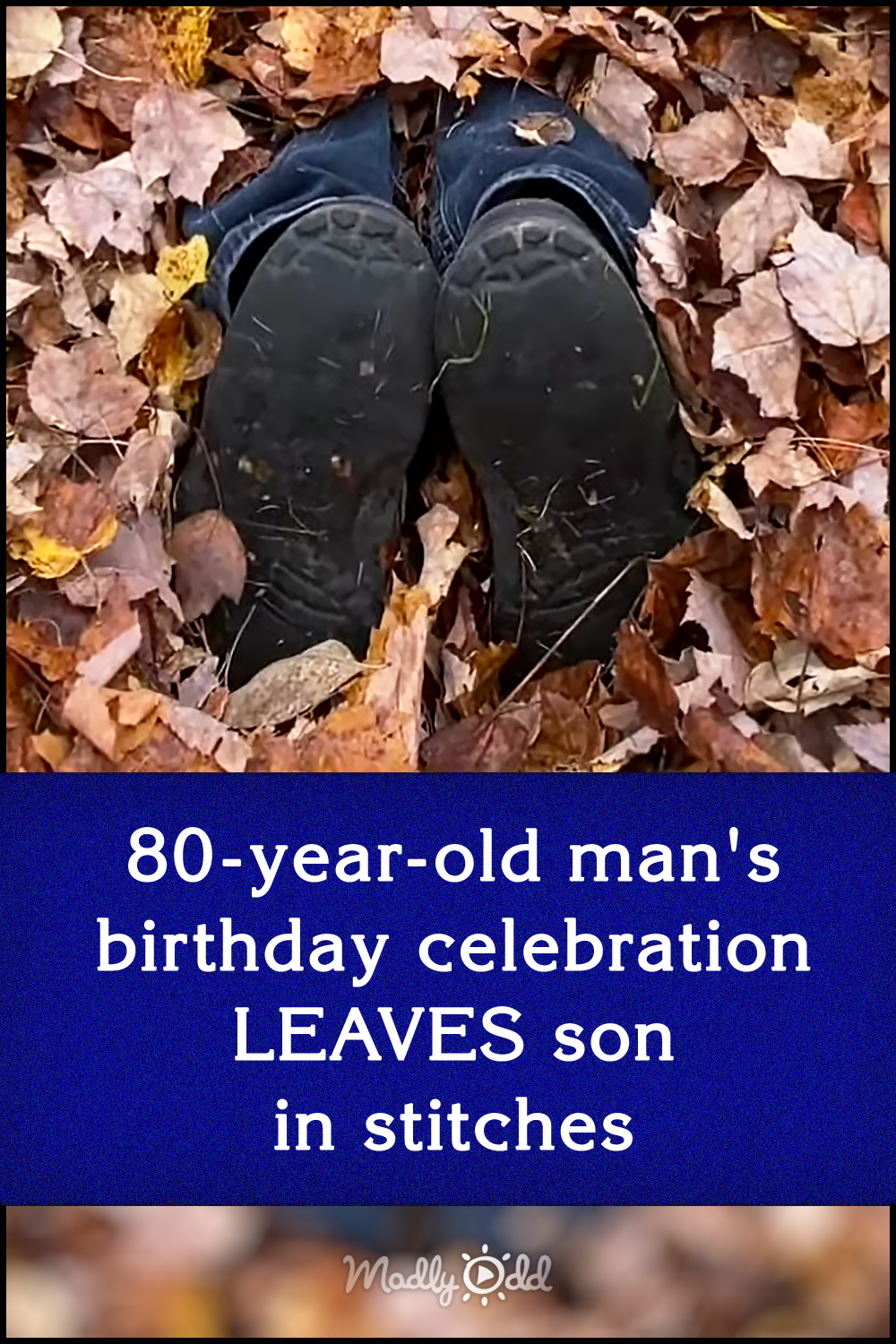