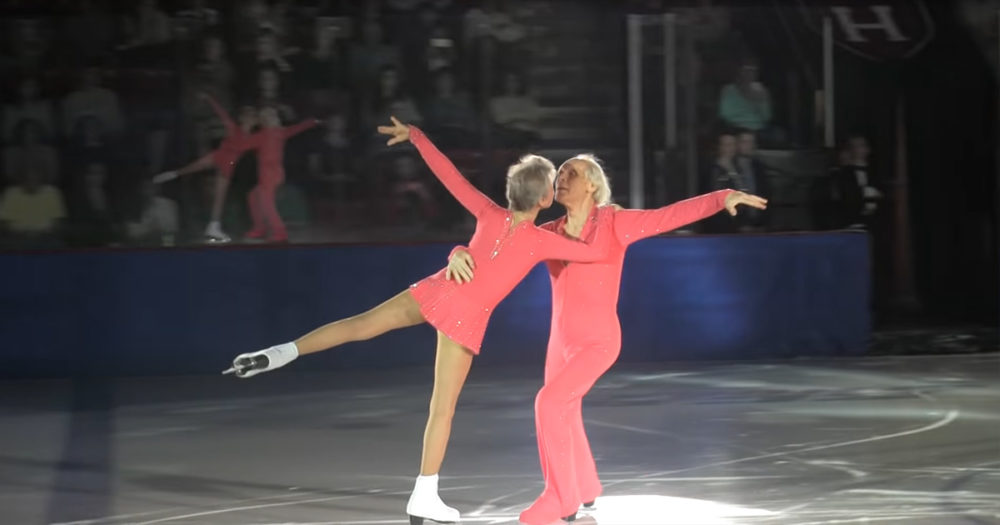 There have been several events throughout the years where a legend makes an appearance at an event. It’s like if Paris Jackson were to perform at one of Michael Jackson’s memorial concerts. This time a talented Olympic duo is making a return to the ice.

The Protopopovs are some of the most significant figure skaters ever to hit the ice. They’re from Russia and have won Olympic gold medals back in 1965 and 1968. The talented two even won the World Figure Skating Championships for three years straight.

Oleg and Lyudmila became Swiss citizens in 1995 and didn’t let that stop them from practicing what they love. This passionate couple has a trademark style of skating slowly and smoothly. It’s almost reminiscent of the Russian ballet.

The Protopopovs surprised the crowd at An Evening With Champions. At the time this video was filmed, Oleg was 83, and Lyudmila was 79. You can tell that age hasn’t stopped them, and they still skate with every ounce of grace and precision that they did before.