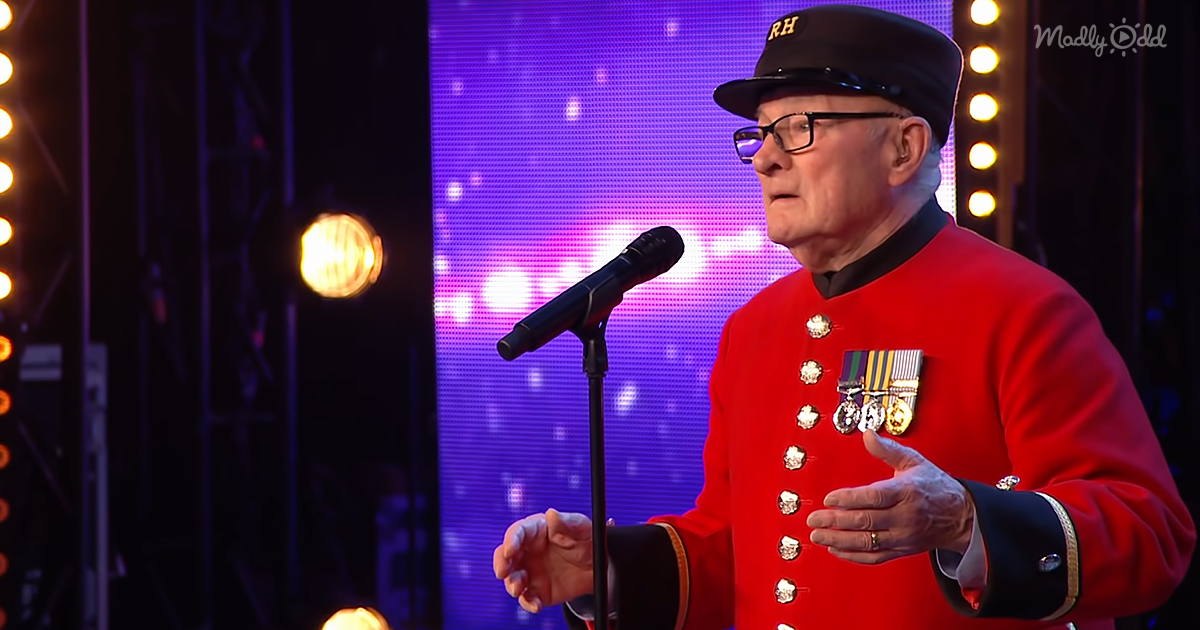 There are a handful of songs that can touch the hearts of just about anyone who listens to them. “Wind Beneath My Wings” is one of those tunes. An older man performs the song during his Britain’s Got Talent audition, dedicating it to his late wife.

If you’ve ever felt too old to chase after your dreams, allow Colin Thackery to inspire you to keep going. At 88 years old, this war veteran brought an entire stadium to their feet as he sang “Wind Beneath My Wings” for his wife, Joan.

When his wife died in his arms in December 2016, Colin was absolutely heartbroken. He had nearly died himself after spending time in the 45th Regiment of the Royal Artillery, just two weeks after marrying Joan.

It took a lot of courage for Thackery to stand on stage and bring his emotions forward to sing the song. Everyone in the audience was moved to tears as they cheered on Colin. The judges gave him a round of applause and voted him into the next round.