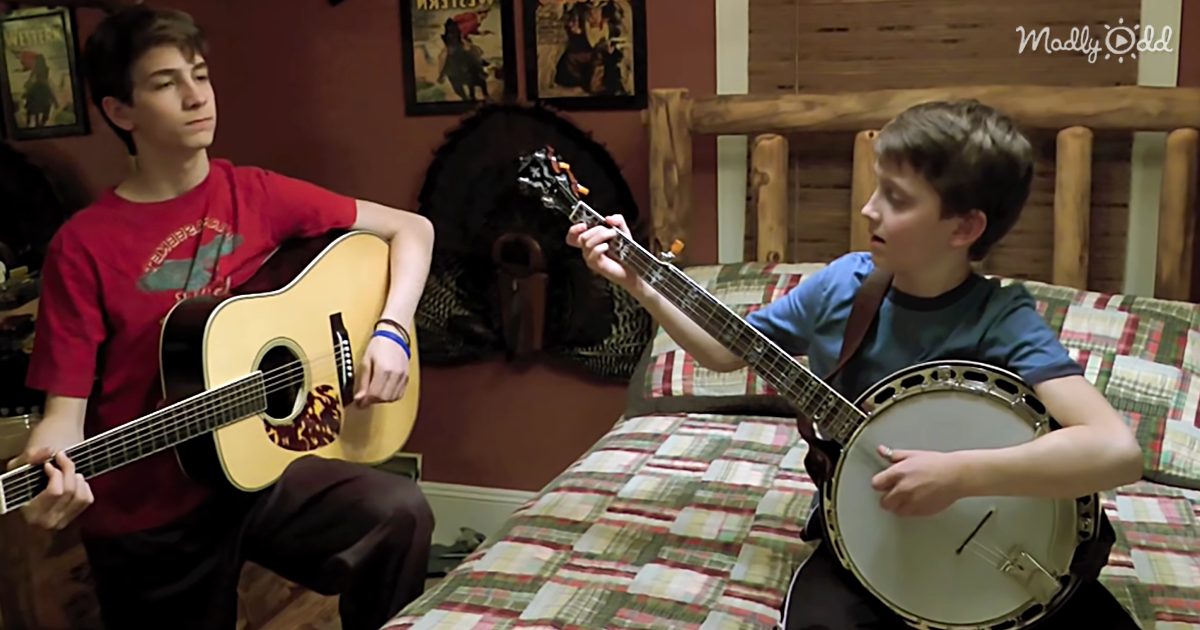 While we’ve all heard and most likely seen duelling banjos before, there’s seldom been a battle of brothers like this between a banjo and guitar. In an unconventional battle, the Sleepy Man Banjo Boys play a staple of Americana. ‘Dueling Banjos’ appeared in 1954, and is instantly recognisable.

Whereas the guitar interjection is out of the ordinary, it certainly works well! Within no time the simple song picks up speed. Each kid is playing duplicate and complimentary guitar/banjo riffs. More and more intricate it becomes, transporting the listener straight to a time where traditional music like this was commonplace.

As their rendition is amid its stride, a surprise fiddle performance joins in. Once again, an unconventional choice pays off. After all, you don’t typically find a fiddle in a banjo duel. As an inspired choice that adds hordes of character to an already good song, this duel keeps getting better and better.

These are bluegrass and jazz musicians who certainly know their art. They’ve appeared on The Letterman Show, and they’ve got several albums released including ‘America’s Music,’ and ‘The Farthest Horizon.’ The Mizzone brothers have even appeared in places as prominent as the Grand Ole Opry.

Banjo, guitar, and fiddle are an unlikely trio – almost as unlikely as the sheer level of talent exhibited by the Sleepy Man Banjo Boys. Johnny’s banjo, Robbie’s violin, and Tommy’s guitar never cease to amaze. These three have come up with something truly special, and one of the most amazing sights to witness in their home-shot video.