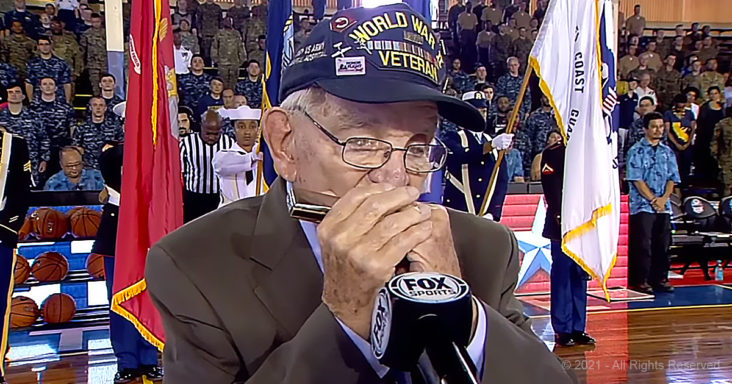 After you serve in World War II, what else is there for a patriot to do in today’s world? You can play the national anthem on harmonica.

It was the day before Memorial Day. It was at the U.S. Women’s National Soccer Team game. An unassuming older gentleman approached the microphone with a harmonica.

Pete DuPre has had a harmonica in his hand since he was a small boy. Any given moment he could practice, he took it. It shows in the way that he plays with small accents and flourishes in the notes.

More than just a patriot, DuPre is an army veteran, having served in the medical corps in England during World War II. He put in three years across the Atlantic.

On-field medics would send him the wounded that would need full-time care. That needed “put back together,” as he put it. Seems his music can put the hearts of people back together, also.