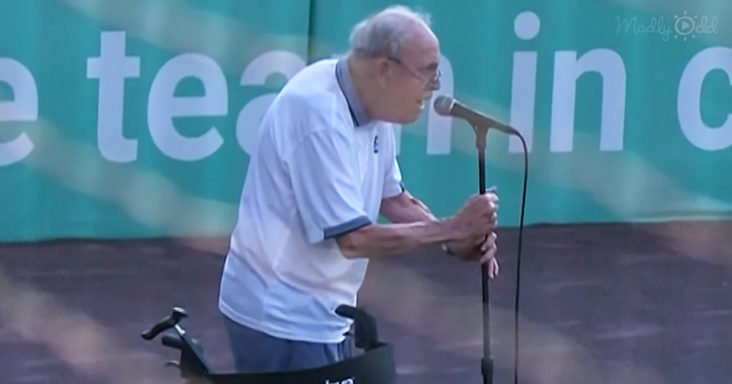 At the opening of a baseball game in Michigan, a 96-year-old WWII veteran set himself to sing the US national anthem. This act unites Americans in their struggles and progress.

John Pylman stood on the grass in the baseball field. He grabbed the mic-stand, taking off his cap in honor of his country. His patriotism defied age. The baseball fans joined him just as he was about to sing.

John Pylman was composed as he began singing the national anthem. He sang zealously. Patriotism reverberated in his voice, and the crowd followed suit. He sang heartily like a child.

His pitch went higher as he sang the second line. The US flag was hung up high in a section of the field. It deepened John’s pride in his country with its bright stars and broad stripes. 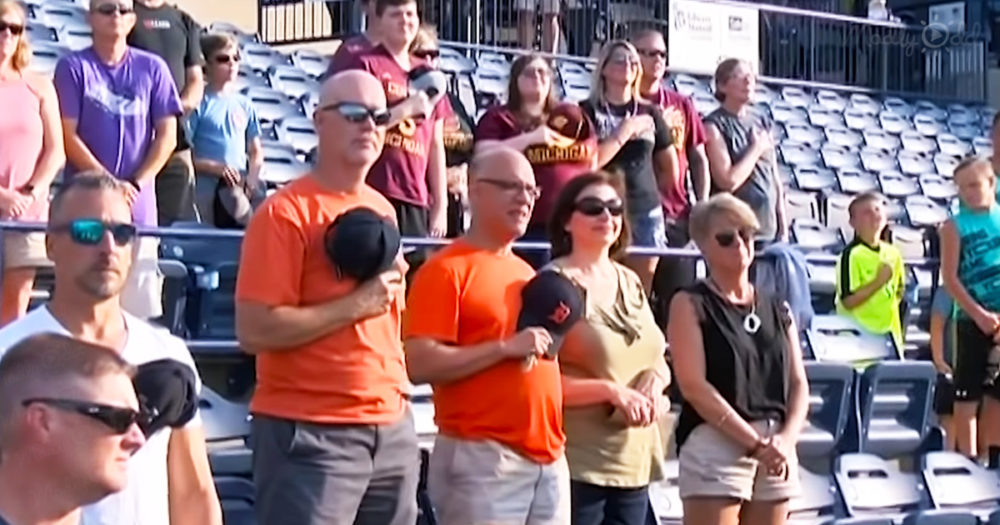 Some baseball fans had their fist over their hearts as a pledge of allegiance, honesty, and respect for their country. Though they weren’t singing with John, they were all in one accord.

Some baseball players were also on the open field. They stood gallantly as John’s melody was prepping them for a great game. They also had their arms over their hearts.

As John came to the end of the anthem, there was a great uproar from the fans. The old veteran gave a salute; this was the perfect opening for the baseball game!